Julian on giving up boozing for health

Julian Kirkman-Page, works in the City of London, is a keen member of Club Soda, and gave up alcohol forever two and half years ago. In his book ‘I Don’t Drink!’ he tells why and describes how he managed to quit drinking, and details the phenomenal difference it has made to his life since. We will follow his journey with further blog posts over the next week.

I should have given up drinking years before I did, but it is so easy to blame the symptoms alcohol causes on something else. For fifteen years I had been taking daily tablets to try and reduce my high blood pressure. Being based in the City of London and managing my own insurance software company, I naturally blamed this on work stress. For almost as long I had been taking tablets to reduce my high cholesterol, I claimed this was hereditary. I also had regular bouts of crippling gout in my feet, wrist and knees. If you have never had gout, to give you an idea of what it’s like my mother likened the pain to childbirth. Many is the time our annual holiday would be marred by my suffering gout, limping along or even holding on to the nearest wall dreading every new footfall but not wanting to be bedridden. The first romantic trip I took my wife on in Paris saw me hobbling everywhere like some old man.

Now everyone knows gout is reputedly related to drink, especially red wine, but if you look hard enough you can find other causes such as dehydration after a plane journey. I held on to that excuse for many years. If you try even harder you can pretend the symptoms are due to tendonitis, or an old sports injury coming back to haunt you, not that I had any such injury. Even my doctor failed to diagnose drink as the most likely cause, although I have to admit to being less than honest about my volume of intake.

My brother and my mother also suffered gout and they were both heavy drinkers, but I had no idea to what extent until mum died of liver failure, and my brother followed the year after at just 56 years of age, he was five years older than me. At that time I was so used to having something wrong with me I set myself the target of outliving the age my brother died and reaching at least 57. I actually saw this as some sort of achievement to aim for. That might seem ridiculous, but many of the City based people I work with don’t live that much past sixty, or they retire early and then seem to fade away. Looking back I find it hard to believe that was my attitude to life just two short years ago!

I was also diagnosed with type 2 diabetes but advised by my doctor this could be controlled if I lost weight. I was about 28 pounds over the ideal weight for my height and build and I made an effort to shed some pounds, but I wasn’t a big eater anyway, I never ate cakes or sweets, I took regular exercise when the gout/tendonitis allowed, and trying to lose that much weight seemed an impossibility. I never equated alcohol with calories!

Had to quit alcohol forever

Then we moved house to live by the sea, I temporarily changed job to try my hand at teaching, and my new friends and neighbours tended to be in their seventies and eighties, and almost without exception, fit as a flea. I was twenty-five years younger than some of these guys and yet I was the old man, too decrepit to help them launch their fishing boats or even tramp along the shingle as they would each day. I knew then something had to change and that my outlook was completely wrong. I knew it was the drinking ruining my life and my health – I had always known, and I determined to do something about cutting down in the New Year.  Then, when the gout came back with a vengeance that Christmas 2012, I decided cutting down wouldn’t be enough, that I wouldn’t be able to do that anyway, the temptation to have that extra glass would be just too much, and that the only solution was, I had to quit alcohol forever! 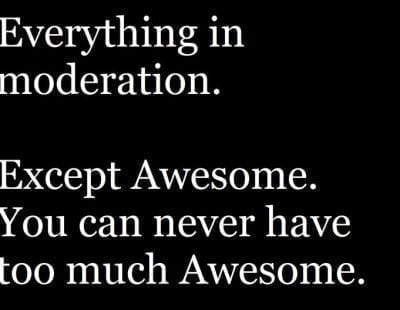 The Ultimate Guide to Cutting Down

How to ace your first sober date