It’s #MensHealthWeek so in this week’s inspiring story blog, The Plastered Prince shares his thoughts on outward fitness vs inside health. Does going to the gym five times a week keep your insides healthy? Find out:

“A healthy outside starts from the inside” – Robert Urich

During this time I lost a lot of weight,  gained modest muscle and I mean modest as in blink and you’ll miss it biceps, triceps, glutes and blutes (made this one up for rhyming purposes) but hey I was proud of Benny and Bjorn (yes I named my biceps) and at that time of my life I was pretty happy with how I looked (I even nearly had a full head of hair, 90’s boy band style with frosted tips) so overall I was pretty contented. As I was looking and feeling good I wanted to go out into the world and show it what it was missing.

Drinking Wednesday, Thursday, Friday, Saturday and Sunday night and still doing the old 9-5, it was a period of non-stop nights out and daily trips to the gym. I knew I was looking good, feeling fitter and looking trimmer than ever.

Bread was out, Dairy was out, Meat was out, Chocolate was out– makes you fat, bloated and spotty.

Dinner, usually sponsored by a local restaurant chain would be consumed with a bottle of wine or prosecco or beer depending on how I was feeling, sometimes a combination of these, I would have had a glass of something in my hand before even opening the menu and ordering food. Say it with me, ‘I haven’t looked a the menu yet, can you come back in 5’ glug glug. This naturally just led to an all-night drinking session.

What was happening on the inside

What I failed to realise is I may have looked good on the outside, but I gave no thought about what was happening on the inside, if I fitted into my 32 waist jeans (gone but never forgotten -sob-) the world was good. Cancer, Liver and Heart disease didn’t even register on my radar, get outta town. ‘Waiter – Another bottle’.

Then about 6 months ago I stopped drinking completely (more to do with my behaviour than my health) and getting back into my fitness I noticed how many guys are following a similar script to the one I did 15 years ago, admittingly with better results (poor Benny and Bjorn more like Terry and June). Looking like Greek gods on the outside but not caring about what’s put inside unless it involves something you can juice, shake or steam, working out to make those abs and gluts pop just to undo it by consuming vast amounts of alcohol seems counterproductive to your goal to be a fitness badass.

Don’t get me wrong I’m not here to shame anyone just highlight an obvious problem, just pause for a minute and think; Why don’t we care that our insides might be Austin Powers Fat Bastard-esque as long as our outside is Ian Fleming James Bond-esque?

I thought I knew the risks so it was somewhat of a shock late last year when at the tender age of 38 I was told after a scan (for an unrelated investigation into another health issue) that fatty deposits had built up on my liver and that the enzymes/reading were very high, and that I was required to go back every 4 months for testing. At the time it was a blink and miss it moment (I had a bottle chilling in the fridge after all). However the fact is twice as many people now die from liver disease as in 1991 and it kills more people than diabetes and road deaths combined – and the rates for men dying of liver disease are double that of women (U.K).

My point is, it doesn’t matter if you’re a gym enthusiast or not, we need to look after the things we can see and the things we can’t. Why walk that tightrope of hoping the positive effects of getting fitter will outweigh the negative effects of binge drinking, and brushing it off as tomorrow’s problem. I’m not saying don’t go to the gym either – we all know it’s beneficial and that resistance training can lead to a fall in liver fat levels. All I’m saying is, I was lucky and found out early the self-inflicted damage I had caused. Fingers crossed I can reverse it and maybe you could too, or stop it even happening in the first place.

Yes, you could get hit by a bus tomorrow, you could also live until you’re 100 so why not give yourself the best chance in a healthy body with a healthy mind. I’m sure you will agree it’s what on the inside that counts, so look after that and your outside will naturally radiate this out.

“You’re stronger than you think you are” – Superman

Dry January – How is it going for the heavy social drinkers?

Working in the City Drinking Culture 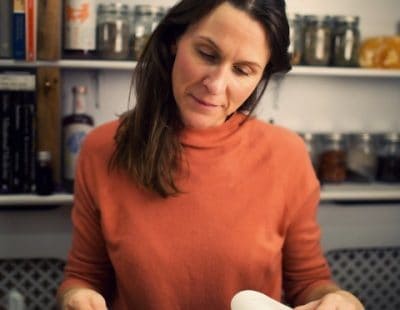