We know that alcohol can often be a huge part of our social identity and culture. This means that a huge part of going sober is getting rid of past beliefs and alcohol-related traditions, and forming new ones. Here, Club Soda member Roger talks about how he consciously decided who he wanted to be, rather than letting alcohol do the talking for him.

I’d like to explain a few things about my background in hope that we discover more people who can identify and develop their sense of selves or sense of social identity. I was born in a reasonably well off family (not well off) but comfortable. From my early days as a child, teenager and young adulthood, I look back on 30 years where booze and being drunk in the company of the above mentioned was completely normal. All our family get together events, including Easter, Christmas, weddings, birth celebrations and wakes were all completely awash with drinking. Added to the social norm, there was the “status” drinker whose revered capacity to consume insane quantities of liquor became stuff of local folklore. A badge of achievement.

I drank continuously in control throughout my mid 20’s, 30’s and 40’s. Mostly under some sort of control. Then, nearing 50, my social oil, my painkiller, my blinkers became an arch enemy. Suddenly the so-called control became uncontrolled and in the space of a few months, I became a dysfunctional human being. In the course of getting to this point (which included a successful rehab treatment and focused daily attention to my well being), I recognise that I have created a great deal of destruction, both personally and to my closest relationships friends, family and employers.

My journey through life in sobriety has been at times difficult, frustrating and isolating. However, at this point in time, with a few significant changes to my outlook on life and leaving certain toxic environments behind, I think that I am as happy with living life on life’s terms as I have ever been. I believe that the most difficult step in my life path has been acceptance. A simple word with enormous significance.

If I thought for a moment that another glass of booze would improve my life in any way, I know it is always within arms reach. I look forward to the future with so much less fear and anxiety than ever ever ever before. From top party animal and entertainer, I retain the entertainer in sobriety with so much pride in my life.

I hope my notes will be helpful to at least one other. Paying it forward and being in a position to guide others has become my drug of choice.

How to have a Sober New Year 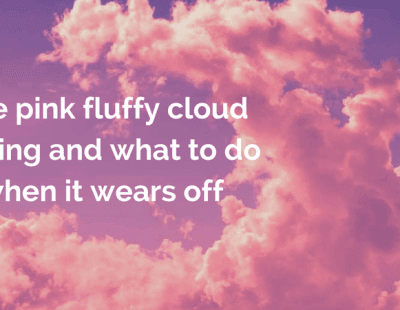