It is a truth universally acknowledged that low-alcohol and no-alcohol beers just don’t taste as good as the regular kind. But sometimes those truths can be wrong. Club Soda has been trying out a number of beers at our tasting events (read more here and here), and it has to be said that the quality of the beers can be a little, shall we say, variable. So we were very excited to hear that there might be a new non-alcoholic brand coming along.

Nirvana Beer Company was founded by Steve Dass, who has a long history in the industry. He wants to set up a brewery dedicated to non-alcoholic and low-alcohol beers, first of its kind in the UK! They are based in Romford, east London, and will be recreating brewing history in an area that once played an important role in London’s brewing scene.

Even more importantly, Nirvana plan to create tasty high-quality craft beers, use locally sourced ingredients, traditional recipes, and adopt new brewing processes. They will look to brew familiar styles of beer such as Stouts and IPAs. And if that isn’t enough, their beers will all be gluten-free too.

We have already had a small taste of Nirvana – Steve sent some prototype bottles to our latest beer tasting event. And guess what? They were unanimously agreed to be the best beers that we tasted all evening! Club Soda beer expert Dani said this about it:

Steve believes that he’s got a good business proposition as well. Demand for non-alcoholic beers is predicted to grow strongly in the UK and abroad, as demand for both craft drinks and non-alcoholic options increases. He is therefore crowdfunding for the specialist equipment he will need for full scale production. You can find out more about the business case here (and watch a great video with Steve!).

We asked Steve some questions about Nirvana Beer Company to find out more.

Club Soda: Why did you decide to start brewing non-alcoholic beers?

Steve: I have been working in the industry for approximately 7 years and in the last 18 months I have had buyers from Scandinavia with the strict alcohol policies and Japanese and Singapore buyer enquiries into alcohol free beers. The demand is increasing but the beers are not available, especially tasty one. So as I have buyers screaming out I decided on this project.

Club Soda: Do you think that non-alcoholic beers would be the death of pub culture? Or does pub culture hinge on something different?

Steve: I feel there are more and more people that don’t drink and are say designated drivers or those on meds really do not wish to drink sugar loaded drinks all night. We will also appeal to them especially when they find that our beers are brewed to the same principles that define craft beer and won’t taste like the watered down versions that were so popular in the 80s….which put a lot of people off.

Beer drinking culture has changed since the rise of craft beer, we see less ‘lager lager lager’ drinkers in the pub and with the growth of craft brewing nationwide a new breed of discerning, savvy consumers have emerged, with beer drinkers and who appreciate and want quality, provenance, craftsmanship, natural ingredients, flavour and character above the bland processed mass produced beers that were made glamorous via TV adverts for many years.

Club Soda: Can you tell us your secret – how do you make your beers so tasty?

Steve: What we have on offer widely on supermarket shelves are mass produced beers on a huge industrial scale, multi nationals just interested on quantity over quality, our beers will all be small batch all hand crafted made using barley and hops and not corn. So with a slight adjustment to the normal craft brewing method process (top secret) 😉 we can offer our beers.

Club Soda: When do you plan to be fully up and running?

Steve: Our crowdfunding ends 28th January 2016 and if we are successful with our attempt to raise funds we see no reason why we cannot be ready to brew by March 2016. It would be great for London to show rest of Europe that we have a brewery dedicated in just brewing low/non alcoholic beers, beers than can be an option for a growing number of people each day.

The crowdfunding campaign is for shares in the company, but you can take part with as little as £25. Obviously Club Soda is not giving investment advice, and you must make sure that you read all the relevant documentation carefully and understand the risks if you are interested in taking part in Nirvana’s crowdfunding campaign. But we wish Steve and Nirvana Beer Company all the best, and look forward to saying cheers with some tasty 0% ale one day! 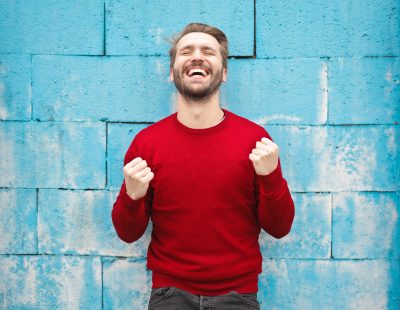 How to date a non-drinker