Club Soda and Big Drop go back a long way. We both started around the same time, and met Big Drop’s founder Rob Fink, who had given up drinking and started brewing alcohol free beers so that he would have a good beer to drink. Big Drop have been at every single one of our Mindful Drinking Festivals, and we’ve organised other events together too. As we really like Big Drop beers, it’s always great news when they bring out a new flavour. Now they’ve turned a special ale into a regular ale! Club Soda beer expert Jessy tells us all about it:

When Big Drop first released their limited edition one off Citra Four Hop Pale Ale, they showed that the big fruity flavours that have dominated the craft beer scene over the past couple of years don’t have to depend on how strong the beer is.

Now (thankfully!) they’ve decided to make it permanent, bringing it back as the Citra IPA to give us a hop forward beer that is a perfect addition to any summer’s day.

The Citra hop is one of the most popular American hops, known for dominating brews with its big citrusy flavours (the clue is in the name). First made in 1990, the hop has really come into its own over the past decade as the craft beer movement prioritised fruit flavours over bitterness.

Big Drop’s Citra IPA ticks all the boxes we expect from a beer led by this hop. Mango and grapefruit are the initial flavours to hit you whilst a squeeze of lime gives it a light spiciness on the palate which helps balance out the sweetness from the lactose which Big Drop use to give their beers better mouthfeel. The beer is quite lightly carbonated giving it a smoothness which makes it very easy drinking.

If you’re looking to pair it with some food, some light Asian dishes will do the trick as the tropical flavours complement lots of popular Asian spices whilst the bitterness will douse any residual spiciness.

You can try the new Citra IPA at our Mindful Drinking Festival in Spitalfields Market on 20th July alongside all of Big Drop’s other beers, including their award winning Stout and mouth-puckering Sour. You can find out more about Big Drop’s alcohol-free beers at their website. 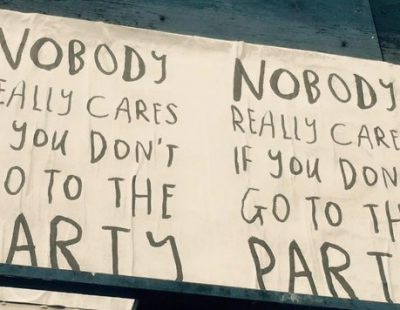