Blackouts from alcohol and how to avoid them

In this article from 2015, Club Soda member Claire shares her experience of alcoholic blackouts. This article was updated in 2021.

I talk about my relationship with alcohol a lot. It’s my job. I run projects with young people about it. I meet people, and when asked what I do, end up talking about alcohol. I’m at a party, and it more often than not comes up. I talk about those moments I regret and feel shame, I talk about how I quit and how I started again. And how I learn to moderate and if it’s possible at all. I talk about what feelings I drank on. I talk about society and culture and health and happiness. I talk about tips to make it through a night sober. I talk about the fun nights out when I drank water and danced more than I ever did. I talk about great alternative drinks to alcohol.

What I never did, was talk about the things I couldn’t remember. But blacking out was something I had done for as long as I had been drinking. I chose to live by the mantra “If I couldn’t remember, it didn’t happen”. But my stomach would flip with dread when waking up the morning after. With my eyes creaking open, head throbbing, I worked through my checklist:

It’s hard to sit here and write this article. Until a few weeks ago, blackouts are not something that I wished to open up about. It’s in those moments that I most violently self loathed. I’d give up on myself so entirely, it didn’t matter if I was hurt, if I was in danger, if I died.

In the last few years of learning to self-love, I have purposefully managed to skirt around the topic of blacking out. I know that opening up this pandora’s box of suffocated emotions is going to cause upheaval.

However, a few weeks ago an article appeared in The Guardian, “Everyone has blackouts, don’t they?” As I sat and read Sarah Hepola’s story, I felt winded with emotion, reading a story that has been mine, that could have been mine if I continued to drink the way I did. I ordered her book and read it in a few days, hungry to connect.

Recently, I sat with a 24-year-old guy and talked about blacking out. On a Saturday. At 10 am. As we sat there swapping stories, when a few years ago I would be waking up to those familiar fears, thoughts and shame, I braced myself for the worst. What happened was an honest conversation with another person who knew exactly how I felt.

What is blacking out?

“I always thought blacking out was passing out,” says Club Soda co-founder Laura. “So I was okay, I never did that. But it seems I did have blackouts. I don’t remember falling into a taxi and breaking my leg. That is a blackout. I had lots of them.”

So what is happening when you have a blackout?

How to prevent a blackout?

If you are going to drink, here are eight top tips for prevent blackouts:

If your blackouts are too much to handle and starting to have a negative impact on your life, it’s time to rethink your relationship with alcohol. Club Soda’s courses are a good first step, including our free course How to Change Your Drinking.

Webinar: End of Sober October – What Next? 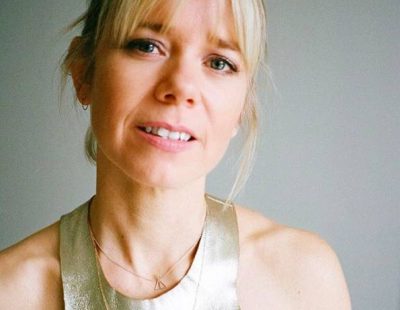