Clarity: why it’s so hard to give up drinking

Club Soda member Rae Ritchie writes about fashion, beauty, mental health, gender; and sobriety. In this article she considers why it is so difficult to give up drinking. And she talks about the clarity that comes from being sober.

Why is it so hard to give up drinking?

This question has been much on mind this last month as I’ve written a series of posts about sobriety.  To be honest, it’s something I’ve pondered a lot in the two years since I’ve quit drinking – and it also haunted me for well over a decade before that.

For some people it simply isn’t hard to do.  They can go for weeks or months without touching a drop and don’t think of it.  For those of us with a more complicated relationship to the bottle this kind of laissez faire attitude is incomprehensible.  When I was drinking, booze was all too often at the front of my mind: when I’d have it next followed by what had I done when I’d had it, over and over, an endlessly repeating drama.

Now I don’t drink, that drama has gone.  That noise has subsided.  There’s no furtive planning for the next occasion nor are there any pieces to pick up afterwards.  No fog of forgetfulness, no blackouts where memories should be.

This weekend will be the same.  No fuzziness around the edges, not even the slightest lapse in recollection.  It will all be as clear as it is now as I write at three in the afternoon.

Those strange people who’ve never liked getting drunk hold this up as a positive effect.  Many reformed drinkers do too.  You’ll never have that loss of control again!  Isn’t it marvellous?!

No.  No it isn’t.  I’ll tell you the truth.  Knowing that you’ll never again experience that fuzziness around the edges, the lapse in memory, the loss of control is not marvellous, it’s terrifying.

The long deep outbreath that comes with the first sip?  It vanishes forever and you’re left wondering what the f*ck you’re going to do without it.

This, my friends, is why it is so hard to give up drinking.  Facing this clarity, embracing it even, is one of the hardest challenges that we can take on.  It’s the archetypal hero’s journey, treacherous but noble.  Many will fall by the wayside, unable or unwilling to continue.

Living with this clarity, sitting with it night after night, week after week, will test us in every way it can.

Is it worth the fight?  Everyone answers that question for themselves.  I can see clearly what the right response is for me.

You can find more Rae’s writings at her own blog.

How Stopping Drinking Turned My Life Around – Simon Chapple 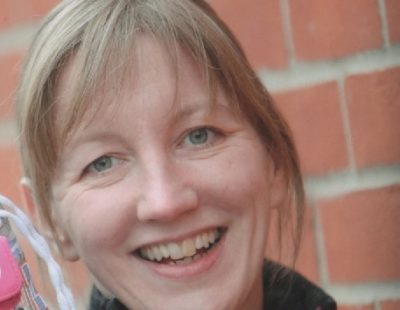 How to reduce anxiety and be more serene