Dry January – How is it going for the heavy social drinkers?

How is Dry January going for the heavy social drinkers: the young, busy professionals out there, who live in the city and usually spend their time drinking high-strength craft beers and shots to unwind at pubs and bars? We spoke to 32-year-old Events Organiser, Matt, who is a heavy social drinker, with a busy social life, to find out.

1) You’re doing Dry January, is this your first time?

2) What inspired you to take part?

I had a very, very boozy December as a lot of people do, and came to the realisation that I probably hadn’t done longer than two weeks without alcohol in maybe 10 years – so thought it would Dry January would be a good thing for me to have a go at in the New Year, have a productive January and get healthy – plus I like a challenge!

3) Have you noticed any changes in yourself – physical, emotional, mental, sleep…etc?

I’ve definitely got more energy, I’m exercising much more, I feel like I’ve got my creative spark back and I have re-focused my brain on the variety of different projects that I seem to be working on at any time.

4) Have you been doing any other January type stuff, like Veganuary or giving up sugar?

Yep, I am currently doing Veganuary as well, for various reasons – after watching Cowspiracy a few months ago it set off a trigger in my brain which made me think that the way we consume meat isn’t great – so in for a penny, in for a pound… why not try both.

5) Have you found that doing them at the same time has flexed your “determination muscle” and made it easier, or has giving up more than one thing at a time made it harder?

I think it’s made it easier – what’s also helped is that I decided to give my “determination muscle” it’s hardest workout, by splashing it all over social media so that I would get called out on it really hard if I failed. I’m stubborn and I’m not a fan of failing at things, which means I’d complete both – so far so good!

6) Have you still socialised or have you locked yourself away at home to avoid temptation?

For the first week, I very much made myself a prisoner of my own home but also tried to fill my diary with non-alcohol related activities, such as an art class in Deptford, signed up for a series of yoga classes and I’ve been running or going to the gym two or three times a week. I’m also going rock climbing tomorrow! Let me check my diary actually…oh and a two-hour crash course/seminar in marketing. I went to the pub with a group of mates who are very much not doing Dry January and I got some pretty sideways looks when I ordered a coke.

7) What’s the toughest part of socialising without drinking?

Having fully functional inhibitions, hahaha. I’ve only been to the pub once, to be honest, and it was fine, just a bit of temptation I guess – looking at my friend’s Espresso Martini made me want one a bit. But I’m stubborn so I didn’t cave!

8) What have been your go-to drink choices?

Green tea! And peppermint tea! I’ve been drinking a hell of a lot of that. And I’ve just devoured a St Peters Without (Alcohol-free Stout) at All Bar One

9) Have you found yourself doing activities or spending time doing things that you wouldn’t usually?

10) How have your friends and family reacted?

For the most part, everyone’s been really supportive, not pushing me to go out drinking. It’s been fairly easy and my mums checked in on me a few times. My friends expected me to have broken a few times. Particularly the Veganuary part,  I’ve been tagged in so many Vegan posts – but maybe they’re actually just trying to help me out.

11) Are you confident that you’ll last the full month?

The thing that might break me, is that I’m off to the Crystal Maze next Saturday with a bunch of mates and none of them are doing Dry January – and they’re my best bunch of mates to have a drink with. That’s going to be a real test of character. Actually no I’m not going to, it’s just one day – I can survive!

12) Do you think doing this will change your drinking habits moving forward?

Let’s see. Umm, I’d certainly like to moderate my drinking. It’s a huge part of my social life and has been for quite some time, so I’m hoping that some of the willpower I’ve mustered in January will roll out into my post-January life.

13) So I’m actually interviewing you, right now, whilst we’re at the Club Soda Mindful Pub Crawl. What have been your thoughts on the evening? Do you see yourself seeking out stuff like this again?

It’s been a really nice get together with like-minded people and the Club Soda team have been fantastic. I think it’s a really positive way for people that are trying to moderate, cut down or quit drinking to have a social evening.

14) What were your thoughts/opinions/judgements on the sober life, or moderate life (non-drinkers, mindful drinkers) before taking part in this? And has that view changed?

I think the main thought I had about non-drinkers in particular, was kind of admiration for having such an amazing amount of willpower and the ability to not fall down in the face of adversity – and it’s very obvious that there’s quite a significant drinking culture in London, so it can’t be an easy place to be a mindful drinker.

15) What would you be your advice to anyone taking part in a Sober Sprint (short period off booze), such as Dry January or Sober October, at any time in the future?

Tell as many people as humanly possible before you do it, therefore the embarrassment will be too much to handle if you fail! Meaning that you’re more likely to complete the period of abstinence. That and go and do a sh*t load of gong baths {laughs}

16) Will you do a Sober Sprint again?

Definitely. But let me get through this one first {laughs}

17) Do you think you’d use Club Soda for any advice or events in the future?

I’d certainly come to this event again and use it as a valuable resource during my period of dryness or mindfulness. I’m looking forward to attending the festivals! 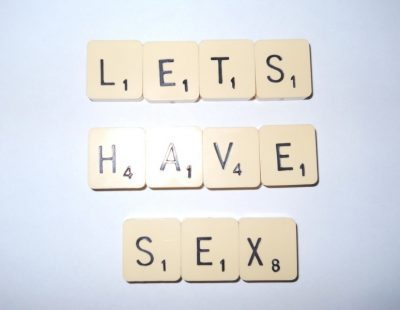 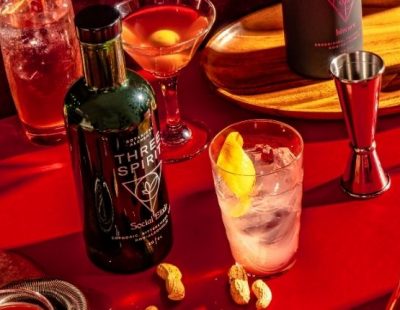