Webinar: Emily is Sober and Social

Emily has set up a new social group – Sober and Social. She shares her story and the inspiration for sober socialising on this webinar discussion with Laura.

I came up with the idea of Sober & Social 3 years ago but with one slight issue that I never stayed sober long enough to make it happen.

I would go on 7-day juice cleanses, read non-drinking books, ran a marathon, enter half marathons, go to church basically anything I could do to stay sober. Every time I would go through one of these non-drinking stints life was amazing! I slept better, my mind was clearer, I got up early, I turned up on time, I felt more self love.

I almost felt SO good that I would trick myself into thinking I could go back and drink again because I was better and this time would be different. Then ultimately every time I would drink I would go back to the depression and back to anxiety.

Then on the 6th April last year after essentially drinking heavily for 2 weeks I decided I was no longer going to drink alcohol and it was now time to launch Sober & Social. Something if I’m honest I was nervous about, it meant this was it for the foreseeable and once I had put myself out there I couldn’t return to drinking. I had my first sober holiday in New York and I went to a Sober community meet up run Ruby Warrington where I met amazing people and it really confirmed that setting up Sober & Social was the correct path.

During my first 5 months of sobriety, I had some socially challenging situations myself which were important for me to learn how to navigate. I had two weddings, a hen do in Ibiza, my Birthday and a 30th in Ibiza. I think socialising is one of the most difficult things for people to do when they give up alcohol and when I had spoken to people when they weren’t drinking I would ask ‘what have you been up to?’ and the response was something along the lines of ‘nothing I’m not drinking’ I didn’t want people to feel because they had given up alcohol that they had to give up their social life.

I wanted to create events and spaces where people could come and have a great time without the pressure of alcohol and realise that if they did choose to give up alcohol their life wouldn’t be missing anything but actually gaining something. My message is not to tell people not to drink its that you don’t have to. I also wanted my events to be open to anyone -people that are sober some of the time or all the time. The more I can show people they can have fun without alcohol the more conversations we can have around this topic the more chance there that someone might question their drinking, might start cutting down or might stop altogether.

I launched my first event in October 2018 at Mortimer House which was a lovely yoga/brunch. I felt it was important to start with a day event where I could properly introduce my vision and for people to have a conversation and connect. The second event was a sober bar crawl that I hosted with Seedlip and Inception Group where about 12 of us went to 3 bars on a Thursday night around London which was pretty epic!

Others events have included a cocktail masterclass, brunches and a dating event on valentines day. I aim to do at least one event a month with the idea to host 2 big parties a year – one summer and one winter which I am currently working on at the moment. My vision when I start was to have 3 areas of the business. Sober Socials – the meetups Sober Spaces – sober sharing circles where people can share openly in a safe space about their sober stories/experiences. I currently do this with my friend Samara every other month.

We have started off small but aim to grow these this year Sober Sips – interviewing inspirational people in sobriety – I am due to do my first one this week I have been asked to branch it into other locations but I will look at doing this in the second year once I have established myself. The dream is to open a sober bar! 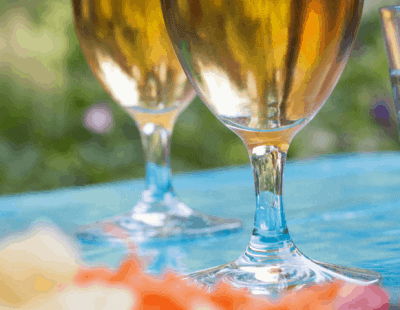