It’s been fourteen months now since I touched a drop of alcohol. I’m proud of that. Yes, it’s been very difficult at times but to be honest I have been a bit of a recluse, avoiding my old drinking holes like the plague and really not venturing out much at all, except for when I’m out and about for my photography. And that has proved difficult at times too, passing bars in London, for example, that I have frequented many a time. I am very strict with myself when it comes to alcohol. Zero tolerance! And I mean zero.

You may have seen my article that was published in the newspaper about my alcohol dependency, depression and OCD, and how photography is helping me overcome those obstacles. I feel much better without alcohol, without a shadow of a doubt. Yes, I miss it at times and wish I could simply sit down and have a nice glass of wine with a meal, but I know that would not happen, and if it did, it certainly wouldn’t be long before one glass turned into two and two glasses turned into two bottles. You get the gist. And for me, what is the point of spoiling fourteen months of hard work for one glass of wine? That doesn’t equate to me and I would be compelled to ‘go for gold’ to at least make it worth it, but then it’s back on that slippery slope. So, far outweighing my thought of a cosy glass of wine by the fire is the simple fact that I do not miss the bad times that often went with alcohol, and that keeps me grounded.

I was told quite recently that I probably took solace in alcohol as a result of my OCD. Alcohol can have a numbing effect and I suppose I wanted my mind numbed, turned off for a while, in a state of flux away from the intrusive thoughts and compulsions. I guess it was my release, my escape from the energy sapping repetitiveness of my OCD. I’ve had OCD for years and it has taken on different forms. As a teenager I knew there was a problem when I felt compelled to wash my hands time and time again for fear of contamination, getting to a point of asking my school mate to do my shoelaces up because of my fears. My OCD now is contained to paperwork and order; I suppose you could say perfection. I’m not perfect, far from it, but I feel a sense of control over my life if all of my life’s paperwork is in its proper place. Thankfully my OCD is less debilitating now, however it can be incredibly frustrating at times, causing immense anxiety. I need to be stronger with myself, avoid the overwhelming temptation and urge to check it ‘just one more time’…certainly easier said than done. Anyone with OCD will know that it is sometimes easier to just repeat an action, to check, rather than go through the anxiety of your mind saying it is not satisfactory, even though you sometimes feel you can bet your house on it being correct. It’s a strange beast that I wish would die inside me, but I also feel a certain amount of discomfort over how I would feel without it.

The story of the fruit salad goes like this. I’d agreed to accompany my wife and family to a pre-Christmas lunch at a local pub. This was not one of my old haunts and I was told the lunches were served in a separate area to the bar. So the chances were that I would not feel that pub vibe too much, and it would, after all, be nice to be with my family approaching Christmas, albeit in November! I swear Christmas gets earlier each year. I never expect anyone to refrain from drinking because of my situation, it makes me feel awkward. But I have to admit I do still find it difficult watching people drink. My wife has been overwhelmingly supportive and although impartial to the odd bottle of wine or two in her day, has chosen to stop drinking too. Yes, she can have and does have a very occasional drink but I won’t be around to smell it on her breath. This is where my zero tolerance of alcohol comes in and I think it carries with it OCD traits. If I was to kiss my wife after she had drank alcohol, I’m quite sure I would feel contaminated, not with germs or some mind controlling deadly disease, but with alcohol. It was the same during the clinking of the glasses before our meal, a toast to everyone. I did not want my glass touching those with alcohol in it. Extreme, wouldn’t you say? Anyway, I had ordered a fruit salad for my desert. Rather boring, but as I have coeliac disease my options are limited due to a gluten-free diet. I had ordered it with ice cream and it turned up swimming in juice with an abundance of fruit I was not overly keen on. I made the most of what I liked, the ice cream mainly, a few pieces of fruit and a little bit of juice that was impossible to ignore. We had coffee and left after settling the bill. Job done! I’d survived and although it was lovely to be together as a family, I was keen to get home to my comfort zone.

A few hours later, my wife and I sat down together to watch some television. She asked me why I did not eat all of my fruit salad, and I said it was because I wasn’t keen on most of the fruit. She then proceeded to ask if it was because I thought the juice contained alcohol. My world stopped for a moment. I had not even considered whether or not it contained alcohol. After all, a fruit salad is a fruit salad, with fruit in it and its juice. My irrational thought behaviour kicked in and my mind was telling me I may have consumed alcohol. My mood changed and I thanked my wife, rather sarcastically, for planting that alcohol seed. Had a fruit salad undone all of my hard work in the past fourteen months? Did it even contain alcohol? I doubted it, but my OCD was telling me it did. I was furious, upset to the extent of shedding tears, in fact probably the worst and most vulnerable I had felt in all the time without alcohol. Had I unwittingly broken the promise to myself, and if so, what should I do? There was nothing I could do.

Difficulties in life without alcohol

I still felt uncomfortable the following day. Should I contact the pub and ask them about the fruit salad? Surely that would be ridiculous? What would I do if they said it did contain alcohol? Was I going to sue them over failing to comply with the trade descriptions act? I think not. I did not want to know, and besides, even if it did contain alcohol, it would have been in the tiniest of quantities. I would have needed enough of the juice to sink a battleship for it to have any effect. All of these thoughts, the anxiety…over a fruit salad!

What have I learnt? Should I be more careful, even more attentive about what I eat? I currently don’t touch foods with, for example, white wine vinegar, because of the word wine. Is my OCD going to take on an additional form, or has it already? I suppose I have learnt that there could be times when alcohol, even in its tiniest amounts, could unwittingly make its way into your system. Is it going to make any difference? No, probably not. Or should I be saying no, not at all?

I’m not a serial blogger but felt compelled to share this. I’d be interested to know the thoughts of others and the difficulties, however trivial, people are facing in their life without alcohol. There ends my tale of the fruit salad and the marvels of one’s mind. This post would not exist had it not been for my wife planting that seed. In some respect, I’m now glad she did. And yes, I have apologized profusely to my wonderful wife.

I wish you all a Happy Christmas and a prosperous New Year!

Lee Fennings is a published street photographer. His most recent street photography book, Pulse, is now available for purchase. Lee is donating all profits from this book to Mind, a mental health charity close to his heart. 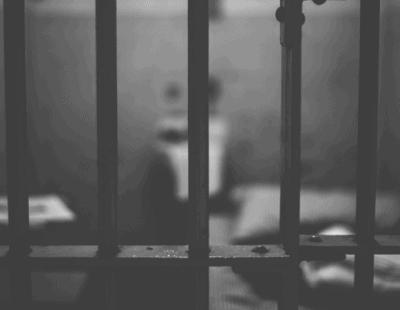