Ginger Beer is a pretty ubiquitous non-alcoholic option. Its spicy kick balances out the sweetness of a fizzy drink, particularly when paired with a kick of lime. However not all ginger beers are created equal, we prefer ours with more spice than sugar. So here are five of the best:

This comes from another old family recipe, over 150 years old. Gran Stead’s produce a whole range of ginger drinks but this is the original and best. It has a rich smooth flavour which is guaranteed to be a hit. It’s still gingery but it’s more quaffable than some of its more fiery competitors. It’s won a number of awards and we can see why.

You can buy it online here  or from The Cheese and Wine Shop of Wellington, in Somerset which also has an online store.

This traditional ginger drink is hand produced in small batches to an old family recipe. It has a fiery, deep ginger flavour. You can drink it on it’s own or mix it with something else, such as sparkling elderflower.

If you do prefer a slightly sweeter beverage this might be for you. This Australian Ginger Beer is particularly good for mixing in mocktails. It’s brewed for up to four days with real ginger root so it still has a good gingery flavour.

Kind of medicinal which might be a remnant of the botanical brewing process. There’s definitely a strong ginger kick on the tail end of this. It’s also got some complicated herbal notes that make for a distinctive flavour.

Starts off sweet with a spicy finish, you can taste the real ginger it’s made with natural ingredients and three different gingers. It regularly tops reviews and is a bit of an all round favourite. Not to be confused with the Ginger Ale which is sweeter and less gingery. 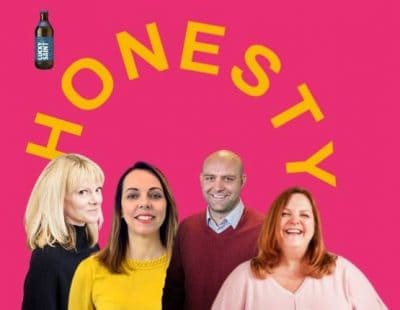