You needn’t be religious to be giving up alcohol for Lent. Here are ten reasons to take a break from drinking.

“Well because there is a supportive culture of abstinence around in Lent that makes it a bit easier. That means you can go to a party and say you’re not drinking because it’s Lent, and no-one will say “Oh go on, just one”. They might think, “I didn’t know SHE was religious”, but they won’t force a glass of Pinot Grigio into your hand.”
Mary Beard OBE, Professor of Classics at the University of Cambridge, in TLS.

1. It is a gift to yourself

“Lent: you’re meant to give something up. It’s supposed to be a sacrifice. You’re to give up those things that you love. But this Lent I’m going to give myself a gift. No alcohol for 40 days.” Heather A Taylor.

2. It’s easier giving up alcohol for Lent with others

You will be with like-minded people doing the same.  “Tell as many friends as possible what you’re doing. Doing it with others also helped. I couldn’t have done it if Shaun hadn’t too.” Anne Atkins, Vicar’s wife and Radio 4 regular in the Daily Mail.

“Just saying ‘I gave up drinking for Lent’ out loud helped establish what I was doing and nobody questioned it in social settings. I confirmed that I can go out with friends and  have a good time drinking Diet Coke and not wine.” Claire Zulkey at WBEZ91.5 2013.

3. You will discover the difference between habit and enjoyment

“It teaches you how much drinking is sheer habit. Between about 6.30 and 7.30, yes it’s a struggle. That first glass of wine of the evening is hard to resist (and ginger beer doesn’t hit the same spot). But once that hour has gone, and even more when supper’s over, the desire has more or less dried up.” Mary Beard OBE, in TLS.

4. You can drink something else and enjoy it

“…I realised that if I shifted my thinking, I could find substitute associations. So I began imagining homemade lemonade on a summer’s day, and dark, cream-laced hot chocolate drunk late at night instead of a glass of port.”  Anne Atkins.

5. Giving up alcohol for Lent will make you feel more chipper!

“What I did notice was that when my anxiety did finally wear off, I felt happier, and optimistic about my ability to work through the problems I was facing.”  JD Moyer

6. You will sleep better

“I slept better – for years alcohol has affected the quality of my sleep – and woke more refreshed. But the real benefits were the psychological ones. I’d been irritated with myself for years for deciding to cut down on alcohol then not doing so. Achieving what I’d determined to do this Lent has given me back a sense of self-control.” Anne Atkins

“Also, I found I no longer had to drink a lot of water in the evening to avoid waking up parched the next morning (or in the middle of the night).” JD Moyer

7. And giving up alcohol for Lent will help you to feel healthier

“I am still feeling tired, but my stomach is definitely flatter, while my runs in the park are a little less breathlessly unattractive for others to watch.” Rose Prince in The Daily Telegraph.

8. But alcohol may not be to blame for everything in your life

“I discovered that I use alcohol the way Susie Orbach claims women use fat: as a locus for blame, a red herring. Off the sauce, I was still tired, lazy and prone to overeating carbohydrates and chocolate. I still spent too much money, talked too much and went out too much. In fact, none of my problems can be blamed on drinking alcohol, except the one that involves drinking a little too much.” Nina Caplan at MoreintellegentLife.com.

9. You will rediscover self-control

“I’d been irritated with myself for years for deciding to cut down on alcohol then not doing so. Achieving what I’d determined to do this Lent has given me back a sense of self-control.” Anne Atkins.

10. You’ll get a fresh perspective that lasts beyond Lent

“For the first time since Lent began, I realized that I hadn’t craved or talked about alcohol during the past week. So to celebrate the return from the wilderness, I walked outside in silence with my cup of Chamomile tea.” Mallory McDuff, Ph.D., Warren Wilson College, North Carolina at Sojo.net.

You may also want to read about Anna’s reasons for giving up alcohol for Lent. And if you think you may struggle taking a break from drinking, whether for Lent or any other reason, Club Soda How to Stop Drinking online course can really help. You can start it at any time, and the 31 in-depth lessons, videos, reflections and activities will take you through the process of planning your breaking from drinking, getting through it, and deciding where to go after. 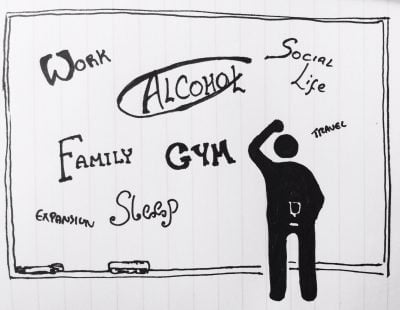 One year, no alcohol

Why we returned our Nesta New Radicals 2018 Award 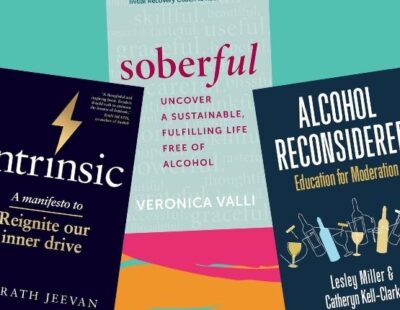