This week’s blog is by Club Soda member Matt Chauhan about heart surgery, health, alcohol-free beers, and the incredible challenge he’s set himself to help others with similar health hurdles.

1 September 2018 marked my last drinking session… ever.  It wasn’t by choice, but driven by health decisions that were out of my control.  I would like to say that if I didn’t have to stop, then I would have (at some point) anyway… Like so many people, I drank way too much, and deep down, I knew it.  So why did I have to give up and what’s all the fuss about anyway?  Here’s my story…

Back in 1987, aged just 10 weeks old, I underwent life-saving Aortic Coarctation surgery carried out at Harefield Hospital in NW London.  Since then I’ve had countless follow-up pokes, prods, check-ups and consultations to ensure all is well with the original surgery, and to plan for the next… not really knowing when it would be – “sometime when you’ve stopped growing,” the doctors said… to which I usually replied, “outwards or upwards?!”. Ever the joker.

I can remember my visits as a child, seeing the countless nurses (including “the lady with the dangly earrings!”), consultants and HCAs for ultrasounds, MRIs, ECGs and alike – although hospitals are not exactly nice, I never minded my visits to Harefield as everyone was always so friendly, welcoming and positively communicative.  Everyone always took the time to explain what was happening and why. When I was younger my teddy even got a go on the x-ray machine.

In September 2017, aged 30, I took the decision to move to Amsterdam to pursue a new role with my work.  I knew that my second surgery would not be too far off, however, I didn’t anticipate it to be planned just a year later at OLVG, a hospital in the east of the city. Two weeks after moving in with my wonderfully loving and incredibly supportive girlfriend Margot, on 19 September 2018, I went under the knife to have a Bentall procedure which would replace my whole ascending dilated Aorta and faulty valve with a polymer artery and metal valve.

The team explained it in typical Dutch fashion as a ‘slightly more complicated plumbing job’!

My main concern, like so many others who have undergone a Bentall procedure, would be the ticking of my new valve.  I’ve always been the guy who takes batteries out of clocks before I sleep, so naturally, I was concerned over the level of noise my new mechanical valve would produce! I must say it’s been a struggle… it’s really quite loud, leading to many sleepless nights (difficult to tune out once I tune in) which isn’t ideal when trying to recover from major surgery. I sound like a cross between the metronome I used to do my piano scales to and the crocodile from Peter Pan. This is my life now, and it could be a lot worse, so I am thankful. Alas, I’ll never experience true silence again.

I spent just under 1 week in hospital, thoughtfully being afforded my own room as I was both the youngest person on the ward, and the only English-only speaking patient.  The team at OLVG, like with my years of care under Harefield, were incredible.  I was looked after with the utmost respect, level of care and treated not only like a patient but a human being!

After just 6 days in hospital and some rather uncomfortable nights with various tubes going in and coming out of holes that haven’t always been there, I was able to leave.  I saw a physio prior to doing so and was able to successfully traverse a few flights of stairs and breathe into a plastic tube without hyperventilating – thus fulfilling two of the key discharge criteria!  Next came some of the trickiest weeks of my life, physically and mentally recovering in preparation for my physio sessions on November 18.  Though there were some small setbacks, recovery is going well – I don’t believe it ever finishes.  I still find myself in pain from the surgery itself as my chest plate continues to fuse back together and there are times when I just cannot tune out of the ticking of my heartbeat – mainly at night. This will, I believe, forever be a challenge – but one I will have to overcome!

Midway through one of my sleepless nights I decided to set myself a new challenge.  I wanted to find a way to ensure that people like me would continue to get the level of comfort and care I had received from both hospitals.  I’ve always loved cycling since being taken out by my dad to our local woods so many times as a youngster. Amsterdam to London seemed like the right thing to do; I would cycle from the hospital where I underwent my recent surgery to Harefield, the start of my #hearthealth journey so many years ago…

On 17 September, I’ll start the 5 day, 4 country, 465km cycle, raising money for both RBHT and OLVG foundations in the UK and Netherlands respectively.  I hope I can inspire others to take to the roads, and show that whatever gets thrown your way, you can find a way through it and get ‘back on the bike’!

Benefits of no alcohol

As I said, 1 September 2018 marked my last drinking session with friends at a beautiful wedding in Kent.  From then onwards alcohol has been out of bounds – both before the operation and after as I’m now permanently on blood-thinning drugs to ensure there are no complications with the new noisy ticker.

Better skin, reduced anxiety, a constantly clear head, no hangovers (awesome!!), a significantly lower blood pressure reading with no random fluctuations, no acid reflux (!) and I have to say, a lot more money in the wallet – are just some of the huge benefits since giving up the sauce.  The removal of alcohol is not a silver-lining but rather a blessing in full view – the reality is that I should not have been drinking as much as I was and now that I’m not, the benefits certainly outweigh the perceived pitfalls.  I was worried about being out with friends like so many either choosing or being forced to quit or reduce drinking, however, I was really encouraged after a little research into alcohol-free beers…

I’ve always been a very keen beer drinker and wanted to explore the world of alcohol-free beers – a subject I never thought I’d become so involved in! There is a fantastic growing range of alcohol-free beers in the UK and across the world that is experimental, exciting and pushing the boundaries of what was thought possible.  Gone are the days of having to drink sugar-laden, unhealthy soft drinks, or rely on rubbish and watery alcohol-free beers to get your beer fix. There are numerous incredible craft breweries out there, some dedicated solely to creating amazing alcohol-free beers.

You can also keep up to date with updates on my journey between Amsterdam and London on Instagram @guiltfreepints along with reviews of 100+ alcohol-free beers. Some of which will be joining me on the route… a lot of them are isotonic you know 😉 Cheers!

Thanks for taking the time to read my story!! If you’d like to make a donation to the cause you can visit my Just Giving page here. 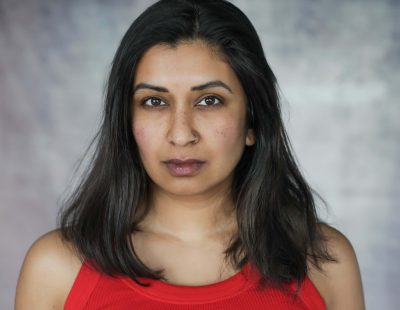