Today is International Beer Day, so we are sharing with you a report from Jussi’s recent holiday trip, where he – of course – tasted some low and no-alcohol beers in Finland!

A couple of weeks ago I travelled to Finland for my father’s birthday. We were at a summer cottage by the sea, and we were very lucky with the weather, so a barbeque and beers was the order of the day. As my brothers picked up sixpacks of their favourite lagers, I walked to the low and no alcohol drinks shelves.

Finland has always been pretty good for availability of lower-alcohol beers. In the past anything with less than 2.8% ABV was taxed at a lower rate than stronger beers – and since alcohol taxes in Finland are so steep, the lower-alcohol beers are reasonably priced. They are also more widely available. Supermarkets are only allowed to sell regular strength beer. Strong beers and all wines and spirits are still only available from state-run alcohol shops. Things have moved on a little over the years though: my father sometimes talks about the alcohol rationing card he had when he was younger. You needed one to buy anything from the state alcohol shops, and you could only buy so many bottles per month. It was not because there was a lack of anything, but to try to reduce people’s alcohol consumption!

But back to today and our shopping trip. What I hadn’t seen before was the large number of non-alcoholic beers in shops. Even in the smaller supermarket I later went to, I counted at least six varieties, some local and some imported. In the bigger supermarket we did our party shop, there were about fifteen different 0% beers to choose from – even one lonely bottle of Nanny State! And there was also a few non-alcoholic ciders and wines on offer. And for the low-alcohol fans, several ciders and alco-pops at about 2.5% ABV.

So excellent choice, but what about the taste? Well, I’m happy to report that nothing I tasted left me disappointed. Starting with the low-alcohol beers, Karhu Tumma is a dark lager. The taste is quite strong and malty so might not be to everyone, but I’ve always liked this one. The other low-alcohol bottle was Koff – a standard light lager, but well balanced and great with the barbeque food.

There was so much choice that I didn’t even get to try all the non-alcoholic options available. But all three cans I picked up were good, and at 0.0% fully alcohol-free. The two Nikolai brand lagers, light (“vaalea”) and dark (“tumma”), were both good specimens of their type. And the Lapin Kulta Arctic Malt is also a nice dark lager – very malty as the name suggests, with a nice taste of hops as well. This was my favourite of the three 0% ones. There is also a light lager version (that I didn’t get to try this time).

Overall the low and no alcohol beers in Finland are very good then. My only quibble was that the Nikolai 0% beers had a slightly sweet taste to them – looking at the cans it seems that they have a small amount of sugar added to them. It’s only between 1 and 2g per 100ml so not very much, but still noticeable in the taste.

The Nikolai brand also includes a wheat beer (which I stupidly didn’t try…). They have all first been brewed as “regular” beers, and then “gently vacuum distilled” to create the non-alcoholic final product. The producer claims that this leaves all the “valuable beer ingredients” in place, which I am willing to believe – apart from the slight sugar issue. 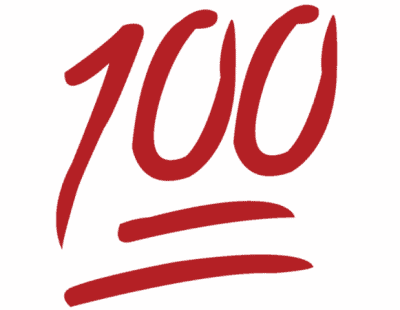 How not to miss out

Member Roundtable: Preparing for the Dept of Health low and no roundtable