There are many things that can motivate us to change unhealthy habits. One big one for Club Soda members is their kids. Some are worried they are setting a bad example, others worry they are not as ‘present’ as they would like to be during family time, and a few worry that if there was an emergency they would not be able to drive.

It can be hard realising that, in the past, alcohol has caused you to miss out on precious moments. A Club Soda member remembers being 71 days alcohol-free and seeing her son play in a football match that she rarely attended because of hangovers:

You never really know the impact you are having on kids until you actually make a change. ‘Do they even notice?”, a few people will ask. Well, according to this, they definitely do.

Studies have shown that children who see their parents tipsy or drunk are less likely to say they are positive role models. It turns out that being around alcohol can make children anxious, and 15% of children have actually asked their parents to drink less. So, rushing through the bedtime story to open a bottle of wine doesn’t go unnoticed. Children are incredibly perceptive – much more than parents think.

Sober Mummy says that “any parenting expert will tell you that children hate uncertainty and crave consistency. One of the main reasons why children are uncomfortable with their parents drinking is that their behaviour changes – they become different people and that, for a child, is scary.”

Childhood memories can affect us into adulthood. The late comedian Sean Hughes was open about his struggle with alcohol, joking about a childhood where he was left in the car outside pubs. “We would while away the hours by nodding at the other kids parked up in other cars as we all looked to the warm glow of the pub. There still seems to be glory attached to how much drink you can down.” He later talked of disliking his father for his behaviour.

Controversial journalist Liz Jones has similar memories of waiting for her dad to come home after a boozy session at the pub. She writes: “Me, aged 11, in my narrow divan. It’s 11pm and I can’t sleep. Not until I hear the crunch of my dad’s car on the gravel, which means he has made it home safe from The Wheatsheaf. I’d been praying, hands clasped, for him not to crash. Only when lights streak the ceiling can I unclasp; my palms are wet.”

It turns out parents drinking habits do affect their kids, even if they might not realise it at the time. Here are a few things that our members’ children have said about their drinking.

Kids are more perceptive than you think…

It’s nice to know that things have changed…

Because of your children, you appreciate the little things…

They want to be a part of your success…

And they are inspired by your determination and courage…

All of these are from the children of Club Soda members, so if in doubt, know how much your changes and struggles are appreciated. You can read the full version of the letter here.

We leave the final words to a Sober Mummy:

Thanks to all the Club Soda members who contributed to this for blog Alcohol Awareness Week 2017. If you enjoyed this, you can read more inspirational stories of sober parenting. 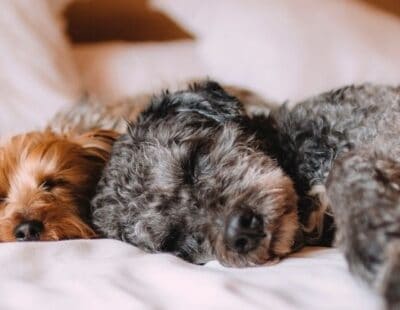 How to hit the Summer Sober

In quitting drink I became an author!