“Six different breweries in three different countries in pursuit of brewing a classic lager”: An interview with Luke Boase, founder of Lucky Saint

Since their inception, Lucky Saint have gone from strength to strength. Combining a great tasting product with some slick branding has allowed them to stand shoulder to shoulder with alcoholic beers. Their recent win at the inaugural Imbibe Low & No Taste Awards has further cemented their place at the forefront of mindful drinking. Our interview with Lucky Saint discussed their journey.

“I always felt the proposition of an alcohol-free beer was so compelling,” founder Luke Boase told Club Soda. “But the reality was so disappointing.”

“Back then, there wasn’t a beer I was prepared to drink, and there wasn’t a brand that made me feel good about choosing to drink alcohol-free beer. So I thought: ‘How hard can it be?’”

The answer to that question was ‘Harder than he thought’.

“At one point, an industry veteran told me that I’d be better off making fizzy drinks.’

But Luke continued to persevere.

Brewing a high quality lager is a considerable challenge, whether you are making one with alcohol or not. However, Luke felt that its popularity as a beer style made it a challenge worth pursuing.

“Lager is the ubiquitous beer style the world over. And for good reason! Nothing beats a cold pilsner on a hot summer’s day.”

The decision to try and create an alcohol-free lager led Luke to one of the world’s most highly regarded lager producers: Germany.

“Arriving in Germany was a huge turning point in the journey to creating Lucky Saint.”

“From the local spring water to our Hallertau hops, we source our ingredients locally, so this has a significant influence on the flavour profile of Lucky Saint.”

“And of course, we brew Lucky Saint in accordance with German Purity Law.”

German Purity Law is one of the key reasons why Germany is seen as creating such high quality beers. Adopted in 1516, it states that a product can only be labelled as ‘beer’ if it follows strict rules about the ingredients used. According to the law, beers must only contain water, barley, hops and yeast.

From German soil to English bottle

“We start with Bavarian spring water and pilsner malt.”

“The grain’s starches are converted into fermentable sugars using a step mash process which allows us the greatest control over the creation of those sugars, and therefore the residual sugar that’s left in the finished beer.”

“During the boil, we add Hallertau hops, before fermenting the wort for a full two weeks using our own single-use yeast. Once fermented, the beer is then cold-stored (or lagered) for a further four weeks allowing the flavours to mature and the sediment to drop out of the beer. This long maturation allows us to leave the finished beer unfiltered and retain as much flavour and character as possible.”

“Finally before packaging, we reduce the alcohol content to 0.5% ABV using a process called vacuum distillation where the alcohol is evaporated off at just 40 degrees centigrade. The result is a 0.5% beer that retains the fullest flavour and body.”

It is this attention to detail in the brewing process that Luke believes has allowed Lucky Saint to rise to the top of the category.

“We strongly believe that it is the flavour that really makes Lucky Saint stand out from other alcohol-free beers.”

“The highest quality ingredients and a unique brewing process has allowed us to create a delicious, hazy lager that pleases aficionados while remaining extremely accessible.”

With pubs reopening, Luke hopes that Lucky Saint will once again be flying out the fridges and from the taps, with their launch of draught Lucky Saint at the start of the year being incredibly successful. Given it tastes so good, that is hardly surprising.

This article was sponsored by Lucky Saint. Club Soda retains full control over the content. 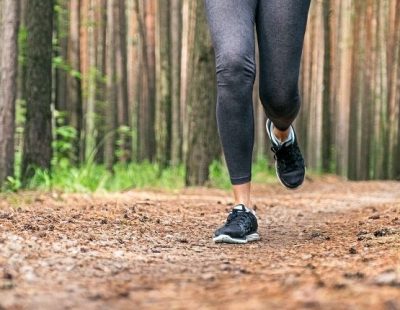 4 ways to train your willpower