Club Soda knows mindful drinkers – they are our members. But we have also got to know many pub and bar managers with our Club Soda Guide project, listing the best places for mindful drinkers. In this special post, we share some of the great videos we’ve recorded with them in the last couple of months.

The first video introduces the idea of Mindful Drinking, with interviews with “7 sorts of mindful drinkers”. They are Club Soda members and pub managers, who all share their views and thoughts on what mindful drinking means for them and the pubs and bars they manage.

Busting some stereotypes about young people, we also spoke to Emma, Sam, Jack and Orlando, from the band We Are Swift, all in their late 20s from east London, and all mindful drinkers. They talk about their personal relationships with alcohol, going out and dancing sober, and peer pressure. And they come up with the idea of “cocoa pubs”!

We came across many surprises in our project. One was a parents, carers and babies group called Morris Minors, who meet in the Hackney pub Royal Sovereign. The organiser Michelle talks about the group and how welcoming the pub has been to them.

And it’s not only the customer who are mindful drinkers. We also met many people who work in pubs and bars who not only cater to them, but are also mindful drinkers themselves. Meet Justin from Clapton pub Windsor Castle, “not much of a drinker” in his own words. He has good words for the coffee culture in America where cafes stay open late, and his favourite drink peanut butter smoothie.

Ruth manages a fantastic pub in the City of London, The Draft House Seething Lane. The pub is a great place for mindful drinkers, with a long list of non-alcoholic and low alcohol beers, plus a nice selection of grown-up soft drinks too. In this video, Ruth talks about her approach to running a pub that welcomes all of their customers, whether they are drinking alcohol or not, and reviews some of the low and no alcohol beers on the menu at her pub.

And we also captured – on video – the moment a skeptical bar manager “saw the light” about BrewDog’s Nanny State, a non-alcoholic beer that has been a big hit with Club Soda members. Chris from Hackney bar Machine No. 3 tried it for the first time on camera, and was pleasantly surprised: “That actually tastes like beer… it’s better than I thought it would be.” 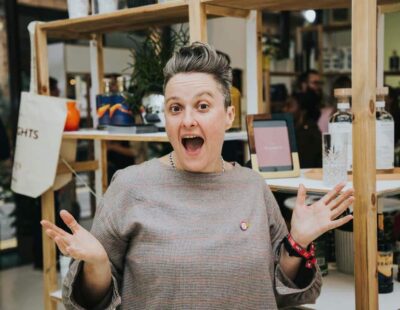 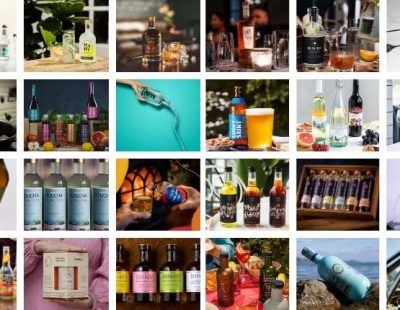