Mummy’s Medicine: Have you considered how your drinking habits affect you and your children?

This week’s guest blog was written by mindful drinker, mum and writer of the shelooksfinetome.com blog, Joanna Smith.

Mothering Sunday is a few days away, the tradition where millions of people will show their love and appreciation for their mothers. As a mother myself I understand the responsibility and pressure to be the best parent we can be, physically and emotionally. Mother’s Day is the one day when you get to be looked after by your kids, and when they show how much they love you back, it means the world. This will be my first sober Mother’s Day for a long, long time. My boys will give me a gift, but unfortunately, they live away from home now, one has his own place, and the other is at university. I wish I had stopped drinking earlier, when they were home, when they were younger and when they kept asking me to. You can’t get that time back again.

It’s ironic that the only thing we want to do is protect and give our little ones the best start in life we can, although, in reality, we might not be fully present for them at the most impressionable time of their lives. It’s the age of helicopter parenting, school gate politics, after-school activities and playdates galore. We try to be too perfect, we are extremely stressed, have ridiculously packed schedules, trying to juggle full-time work with childcare and/or have a full-on gym/yoga schedule that would make an Olympic finalist wince. So hence the rise of the ‘Mummy needs wine’ culture, out from the decades of boozy power lunches and Sex in the City style cool single girl’s cocktails has morphed a new trend; ‘wine o’clock’. Mums are now drinking at kids’ birthday parties, playdates and the coffee mornings have been discarded for evening socials. The question is, in our quest to be a better mum, are we actually being a flawed one?

Both sides of the fence

I have been on both sides of the fence, growing up a child of an alcoholic and being a parent with a drink problem. You would think that the former would make me shy away from the bottle. It did not. My father had a stressful job, every night he came home from work drunk, irritable, and I have no recollection of him spending any time with me. Now as an adult I realise he was clearly incapable. I remember the tension in the house was so thick that you could cut it with a knife. I kept out of the way, but arguments were a daily occurrence, god forbid I had done anything wrong that day. I’m not sure if I really understood what was going on at the time, I was young and probably thought it was ‘normal’, but I did remember it. As I got older, I realised that I am still very much affected by growing up in such a dysfunctional household.

My father has been alcohol-free for about twenty years now and he got sober by going to regular AA meetings and has never picked up another glass. In my story, alcohol seemed to creep up on me and catch me unawares when I was most vulnerable, it was a slippery slope. As a single mother at twenty-one, I lived with my parents, now a dry house, and I worked full-time. It was bath then bed for my son and I washed and ironed clothes and went to bed exhausted, ready to begin the following day again with no time to go out drinking or even think about it. Three years later I moved abroad and got married. Everything was fine, I was happy, I drunk alcohol, but I was so into fitness, it was rare, but I always knew that once I had a drink, I seemed to have no ‘off-switch’. The real problem started when I became very, very ill and hospitalised after the birth of my second son which left me with PTSD, anxiety and depression. That was when wine became a way of self-medicating for me. Which worked for a short time although the damage it did to my family was sadly irreparable and ended in a breakdown after a terrible, drawn-out divorce.

I wasn’t a good Mum

I wanted to be an excellent mum, mainly as the first eighteen months with my first baby was less than ideal, but without realising it, I was hurting them. Wine was my first priority not them. I couldn’t cope without it, or at least I thought not. Wine was acceptable to me to have any time after twelve noon, and I usually made the excuse of going for lunch (eventually this ‘trick’ made me put on 4 stone) and cooking for the family always involved a bottle of wine. I wasn’t a good mum. I was devastated when the boys didn’t want to do things with me because I’d ‘have too much to drink’. I cringe now thinking about it. So eventually, and it took a while, I gave up, for my kids’ sake mostly but also mine, I hated the person I’d become, and I was ready for change. Today I am eight months sober and feel amazing and trying to make up to my boys for all the lost years alcohol stole from us.

These days it seems that drink around children is seen as perfectly acceptable behaviour, a social construct of modern family life. Never has having a drink seemed more acceptable, whereas older generations considered gin ‘Mother’s ruin’ we have become a society saturated in marketing slogans such as ‘You’re not drinking alone if the kids are at home’ and ‘Mummy’s medicine’, which are clearly aimed towards women. If you switch on the television as early as 7 pm all you see is women sharing a bottle of wine while having a chat. All of these seemingly harmless images serve to validate problematic drinking habits for women.

So, have you considered how your alcohol consumption is affecting your children? Do you feel guilt surrounding your drinking habits? Has your glass or two to relax when you settle down for the night seemed to have escalated to a bottle without realising? Have you considered how present you are for your child when you do drink, or do you think that everyone does it and they won’t notice anyway? There is much guilt and secrecy surrounding women’s drinking habits. Jan Bauer a Jungian Analyst and author of ‘Alcohol and Women. The Background and the Psychology‘ explained that what she observed at AA meetings was:

the repetition of the theme of secrecy in women’s drinking. Unlike men, who often worked their way into alcoholism, through business meetings and social contacts afforded by bars and other public drinking spots, women almost invariably told of behind-doors nipping, bottles hidden in laundry hampers and kitchen cupboards.[1]

I agree with Bauer, as the moment we feel we need a little bit more to ‘relax’ as our tolerance increases the secret drinking patterns begin. We drink very privately, wine stashed in the bedroom closet, drinking out of a mug or other receptacle and drinking alone earlier and earlier in the day. I know, I did it. I’m ashamed about it, believe me, but it happens.

I’m not saying that all mothers are alcoholics or on the verge of a drinking problem, but as mums, we are drinking a lot more in general. Take a look at your alcohol consumption, do you have a bit of a habit? Are you a grey-area drinker and are getting a bit concerned about your consumption of units per week? I remember going to a class play-date about eight years ago and the mums were chatting in the kitchen drinking jugs of Pimm’s. I remember hiding my problem by keeping my intake low (secrecy again) waiting to get home, but I thought “Don’t these women have to drive the kids home like me? So why the Pimm’s?”. They also were definitely not paying attention to the children, but bonding over drinks. I also believe that some women must be over the limit to drive the next day on the morning school run, feeling groggy and hungover and how would we fair if we got spot checked by the police and breathalysed? I’d have been quite concerned myself.

So, with Mother’s Day at the end of the week, enjoy it as you deserve it. Your children love you, and you love them, and that’s all you need. The time you spend with them is precious, and they grow up in a blink of an eye. I know that parenting is challenging at times, but we knew that it would be before we had them, we don’t need to drink to relax or cope with our kids, we are capable without it. Giving up alcohol has definitely made me a better parent. Recently I asked my eldest how I seemed to him after quitting; this was his response:

“Since my mum has stopped drinking I have seen a massive difference in her personality. Her outlook on life is much more positive, and she has a confidence about her that I haven’t seen in a very long time.”

Don’t let your drinking become such a problem that you do things you never would dream of usually doing or get to the stage where your kids feel side-lined, embarrassed and begging you to stop. Children are a gift, and someday they will become more of the parent, in the inevitable role reversal as we enter old age. A child deserves happy memories of growing up and family-time. So maybe ditch the Prosecco on Sunday for a meaningful and more memorable day that is a celebration of Mothers and family.

[1] A Nip is a small amount of a strong alcoholic drink. <https://www.collinsdictionary.com/dictionary/english/nip> [accessed 26 March 2019] 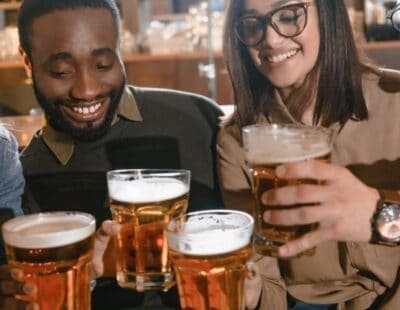