One year, no beer

Remember John? Last October he started a challenge – to stop drinking for 12 months in order to accomplish some of the things he wanted to achieve for the next year. Almost a year on, he tells us about his highs and low, as well as his biggest learnings of his year without booze.

It’s just a little over two weeks until my booze free year comes to an end and it’s been a long, interesting and in parts, comical journey.

I decided to kick the booze for 12 months as a personal challenge – as I knew that 2016 was going to be a tough year expanding one business and preparing to launch a new one.

I knew that my spare time this year was going to be as rare as a Leeds United victory and that where I’d normally spend quality time with my family, or nip to the gym, those moments would be numbered. So I dug deep and challenged myself to go booze free for one year – to help occupy some personal space, that I could be in control of.

And it’s worked. I haven’t touched a drop of alcohol since October 19th 2015, apart from some beer battered cod in July which tasted bloody amazing – and so did everyone else’s as I skimmed from their near empty plates.

I class myself as an average drinker. Maybe a couple of pints during the week, more at the weekend but not alcohol dependent – and apart from the occasional red wine, my tipple of choice was always a real ale.

So I embarked on the year long journey with some smugness that suggested it was going to be a doddle. How wrong I was and looking back, the first three months were by far the toughest.

I am by nature quite a relaxed, pleasant bloke, and some would say with an optimistic outlook on life. But that all came crashing down on me in the lead up to Christmas last year. I went through some dark days as if a black cloud was hanging over me and I couldn’t work out why and neither could I shake it off.

It came to a head as I walked home from my company’s Christmas party – where I’d missed out on the lunch due to client commitments, drank fizzy water and left at 6pm. I’m not ashamed to say that I cried that night. It was at that moment that I almost gave in as I was talking myself into a congratulatory – you’ve achieved two months, have a drink, it’s Christmas!

I didn’t and that was my turning point. I dug in deep and began to acknowledge the black cloud as my withdrawal from the booze and I faced it head on. And survived.

Don’t get me wrong – there hasn’t been a week pass by without some occasion of me wanting to turn to a Sam Smith’s Bitter either in celebration, commiseration or just simply relaxation. From special family moments like my 15th wedding anniversary, winning best agency of the year, birthdays, my mum and dad’s Golden Wedding Celebrations , holidays, tough days at work, university mates weekend reunion through to winning new clients, opening new offices and just downright wanting a beer. But, I’ve achieved what I set out to achieve.

So what have I learnt?

As I head towards 19th October 2016, I’ve genuinely got mixed feelings. I am going to miss the weekends free from a fuzzy head, the inquisitive discussion and banter about my personal challenge and the constant reminders that I’m on some kind of journey.

But bloody hell, and I mean bloody hell, I really can’t wait to have a pint again.  And so I will. So on 19th October, mines a pint of Sam Smiths Bitter. Cheers.

You can read more of John’s story here as he began, and here in the throes of his year of no booze. 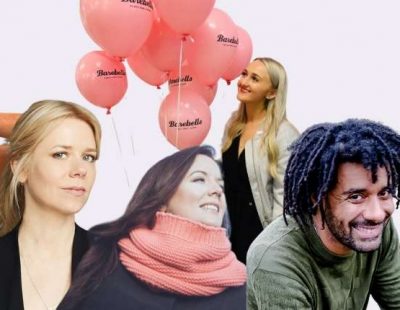 How to make New Year’s drinking resolutions that stick