You are a role model … yes you are!

When you hear about role models, you might think that they are something that other people need. We often talk about role models for kids – demonstrating that people like them can do amazing things, whatever their background, gender, sexuality, age or health status. We hear about it most often when we discuss careers.

But every day we are unwittingly influenced by role models. Real people around us, doing things we hope to do (or things that we don’t). Or we read about someone who sounds a bit like us who has done something – from normal to amazing. It perks us up because they have shown us that change is something we can achieve too.

This week Club Soda member Kim was featured in Closer magazine, sharing her story. It made me realise just how powerful we are as a community, and how every one of us inspires each other. And if Kim and I can do it then you definitely can!

Why are role models important in changing your drinking?

After all, this is your problem and you need to sort it – right?

Learning what is attainable:

“Role models are individuals who provide an example of the kind of success that one may achieve, and often also provide a template of the behaviours that are needed to achieve such success”

Even more so if those role models are people like you – not celebs. People who may share your values or outlook on life. Then you will really begin to feel that you can change your drinking. It is no accident that you are all in Club Soda, and stay here. We all have a broad set of shared values (you signed up to them when you joined) and we feel comfortable approaching our goals in a supported but self-guided way.

All 11,000 Club Soda members are role models for each other, as we are ‘people like us’. After all, who we get sober with is just as important as who we went to the pub with.

Observing another member achieving a particular goal may, under the right circumstances, be just what you need to motivate yourself to believe that you can achieve it too.

Seeing other people’s journeys reinforces your own goal, and powers your confidence and commitment. Note that I have not said that those journeys have to be successful!

Role models motivate you – to get started and keep going. You are motivated to pursue your goal, and role models can then demonstrate how to do achieve that goal. We learn real hints and tips from our role models – which means we learn vicariously. Learning without knowing it!

They also model the ‘right behaviour’ for us. When someone shares their Friday night out, whatever the outcome, they are role modelling a new or desired behaviour – or a behaviour we want to avoid!

Club Soda socials are about practicing a new behaviour in a familiar setting, but with the support of others on the same journey, again helping model that behaviour.

Like I said, role models can show us, through real-life experience, something that is attainable.

You may know that you want to drink less, but you may be unclear about what life looks like without alcohol in. Other members further on in their journey than you can demonstrate why this change is desirable and worth striving for.

So much of our identity is tied up in who we are or were as drinkers. Seeing others modelling new identities, it is important to know that we don’t have to go through a whole personality transplant. We will still be ourselves – just with less guilt and no drunken arguments.

Alcohol is also culturally wrapped up with being social, so seeing people navigate those situations sober is important. We can show each other it gets easier.

And we have so many myths to dispel. We can see each other knock those myths down one by one.

There are 11,000 of us in Club Soda alone. Just the size of this movement proves that change is desirable, and of course, possible. Knowing you are one amongst many feels normal.

Being part of the community also keeps you accountable. Sharing your stories and getting feedback, reassurance and even praise (all are allowed) is an important part of the process. As you read other people’s posts for guidance and learning, others will do the same with yours. It is a big circle of learning and role modelling for all of us!

For example, in the first two weeks of October, the Club Soda Together Facebook community made 1,203 posts, and nearly 15,000 comments and 44,000 reactions in response. That is a minimum of 36 fellow members on average seeing every post. But it is probably more than that, since we know that two-thirds of Club Soda members are active, which means that there are many more people reading and learning than you think!

We have no doubt that every time you post, you are influencing hundreds of people.

You also influence those around you…

I asked members how many people, outside of Club Soda, they have influenced to change their drinking. Not through any actions other than modelling a new behaviour, and being open to answer questions about what they are doing.

Club Soda members said they have influenced on average 3.5 other people to rethink their drinking habits. Here’s just one comment:

“My step Dad stopped drinking for 2 months as he saw how well I looked and has changed his daily drinking habits. My two best friends – one has the occasional drink and one doesn’t drink in the week anymore and is reading through Annie’s book. My step Mum wants to stop drinking though she says she’s not quite ready. My daughter says she never wants to drink. Some of my work colleagues have cut down and I’m constantly spreading the word.“

When you tell people you have cut down or are no longer drinking – you are role modelling!

You are also our role models – for Club Soda

Not only do you keep me sober, but we base what we do on what you share in the community. If we based Club Soda on our own stories alone, we would fall short of the mark!

Your stories also give us credibility when we talk to the media. We are the sum of the experiences of all of you. You give me the knowledge to go beyond my own experience, and open our message to a whole new group of people.

Do you need to have achieved your goal to be a role model?

It is the journey – not the destination that is important. If you got there on the first try, without any blips, then people might begin to think that changing your drinking is unattainable, and that there must be something wrong or different about them. Our imperfections are important.

Andreana’s interview on radio Scotland was amazing and inspirational. Then she blipped. But she came back to the group, told us what had happened, and picked up where she left off. She is still an inspiration. 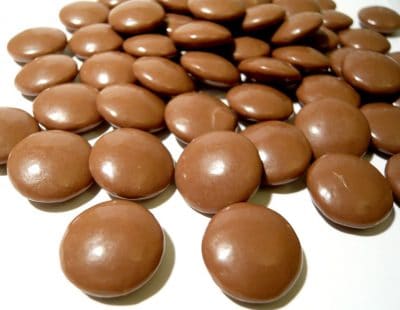