If you’re a member of Club Soda, then you may already be familiar with Carwyn. If you came to our Christmas Festival at Spitalfields Market, you’ll have seen him wooing the crowds with his beautiful harpistry. I met Carwyn when we were both on a Mindful Drinking panel. He’s fully present, smiley, engaging and kind – with a wonderful Welsh accent – and he encourages a real openness and positivity from Club Soda members within our groups, whether he is feeling positive himself or not. Off the back of one particular post which sparked a real ‘positivity’ thread, I thought it was time for me to interview Carwyn to dig a little deeper into his story.

“You cannot get drunk anymore”

1) So you’ve been a Club Soda member for quite a while now, how long exactly?

I stopped drinking in March 2015. Some months later on Twitter, I was tweeting about being sober and found Laura Willoughby, who is an old friend, and so we eventually hooked up and I found myself in Club Soda at the start of 2016.

2) What caused you to make the decision to give up drinking back in 2015?

It was the latest in a quick succession of difficult life situations. I’d never been an alcoholic as such, but I would be prone to either getting very upset or being a bit erratic when the occasional big night out came along. I had just been made redundant, and had returned from a big drinking weekend, and found myself in a bit of a state really. I remember speaking out loud to myself in the kitchen saying “Carwyn, you cannot get drunk anymore”. Alcohol would seem to amplify whatever life situation I was already in. I suppose it was a bit like chucking petrol on a fire. So, I made the decision. It was immediate and absolute and has been held very strongly to this day.

3) Did you really know when you gave up that it would be long-term, or was there a defining moment along the way?

Back in March 2015, I’d say I felt like I was a cricketer on the “field of life” I suppose, and that some quick bouncers were about to head in my direction. I knew I had to take evasive action – at the time it was all about self-defence. Very soon after becoming sober I had three or four social functions to attend. My strategy at the start was to line up plenty of alcohol-free beers. I’d perhaps only drink a couple of alcohol-free drinks in the end but it was the safety net of having them there. Soon enough I felt really comfortable in my new sober skin, and I sort of came to realise that this was a really good decision for me to have made on my own behalf.

4) When you were drinking, what was the most obvious effect that alcohol had on you?

Getting upset, tearfulness. I’m a very open person emotionally and after too many drinks I might get too open and let my defences down, say silly things. Pointless arguments about politics…singing… Coming off the beers immediately closed that side of me down, and I’m glad.

“I can look at everything more rationally and calmly”

5) So rather than feeling like you’re shutting down emotionally now, do you feel you’re able to process your emotions more rationally? Alcohol was preventing you from processing everything properly?

Yeah, it was just the beers! In the past few years, I’ve struggled with various episodes relating to loss, change, and bereavement. When I was drinking, any one of these episodes could have thrown me off course completely. Recently, I’ve been lucky to do quite a bit of training on mental health, so I’ve been able to look at things like thoughts, feelings, brain chemistry etc and it’s been really useful. I can deal with quite complex and upsetting situations in a far more mature way than I used to. I can look at everything more rationally and calmly, and not just add to it by getting drunk. Very recently, I did a life coaching course, during that course I realised that I always have a “reset” button in any particular circumstance. That is, I know that I’m not drunk, I’m not hungover, no matter how difficult my circumstances are, and you start the new day like a blank sheet of paper.

6) Other than the clear positive effects that this journey has had on your mental health, what would you say has been the best outcome of giving up drinking?

Around the time of eight or nine months into the journey I’d been involved with Club Soda a bit, and it felt like this path was made for me and so I felt like I clearly had something to contribute. I wrote a letter to a Welsh personal support charity, CAIS, about how long I’d been sober and about the fact that I feel like I have a role to play, and have built up a bit of an insight, and I asked what I could do for their department. It was recommended that I could play a role on the board of a separate organisation – The Living Room Cardiff. So I feel like I’m making a contribution, at least indirectly, to people’s recovery. Being involved with Club Soda has been great too, trying to give something back is a wonderful experience.

7) So for you personally, what’s been the most important part of Club Soda and it’s various events, groups etc?
I’d say, and this has only recently come to light, that it’s really helped with my sense of rural isolation. I live in quite a sleepy coastal town and have come to miss the feeling of being in a city, in a professional network, that sort of stuff. Club Soda has that feeling of a network of people facing similar battles, so of an evening if I’m feeling a bit down or isolated and I link into the Club Soda group and make a contribution it really helps. I’ve made a whole bunch of friends via the group, I’ve been involved in different Club Soda events in London and Cardiff and it gives me that feeling of being connected – intellectually or emotionally – so the social side has been really important.

“It’s your job to flip the coin”

8) We’re doing this interview because you recently started a post thread on the Facebook page which encouraged everyone to talk about the positive effects of changing your drinking. How did the thread end up making you feel?

It was lovely and I think I can take it back to something I learned at counselling: They said you’ve always got to try and flip the coin, it’s a double-edged sword, every problem has a downside but you need to try and change your perception of the problem. It’s very difficult to do. For example, grief can be heartbreakingly difficult. However, as I heard at a funeral recently, grief is also an expression of love. So whenever you are heartbroken, it’s your job to try to flip that coin. That’s what I was trying to do with that thread on Club Soda. It was also a great way of reaching out to other people who are feeling down. I was taken aback by the responses I had to it. It definitely helped with what I was feeling at the time.

9) What would you say to anyone who is thinking about changing their drinking, any nuggets of wisdom or advice on support/literature or strategies?

Keep in touch with Club Soda, don’t keep things to yourself. It’s a great trusting community and there’s a lot of experience there from people who have been around the block. Talk openly, use all of the resources and just keep dialling in. Find a buddy on there, there will be people who can talk you through it personally. I personally am always on hand to talk through anything to anyone in Club Soda on a one-to-one basis.

10) You’ve accomplished three years of sobriety, so what would you say you learned that was different in each of those years?

Year One: Do what you’ve got to do. It’s a question of finding your way through. In the beginning, I felt that I needed alcohol-free beer because I had always drunk beer! I realised quite quickly that when I was drinking beer it was usually because I was actually just thirsty. Learn to understand and separate your feelings.
Year Two: This was more about reflecting on the first year – the successes, remembering individual situations that I managed sober and remembering that I haven’t come to any harm as a result of being drunk. Keep a list of all the occasions you have stayed alcohol-free, and it quickly builds up… like getting through that wedding, stag do or Christmas party. You’ll see you’ve cracked it very quickly, and it spurs you on for the next year.
Year Three: By this point, I’d realised that being alcohol-free really was part of my life. At this stage, I have looked to take opportunities to influence and help others with my experience. No matter how far I travel down this road, I know that there’ll always be someone else back on Day 1, or Week 1, that needs some help.

The question Carwyn asked on our Facebook group which prompted such a positive response, went as follows:

“In need of a pick-me-up. A bit heartbroken by something. Let’s turn it around for all of us. I invite you to contribute in the comments:

1) One advantage of staying alcohol-free and / or

2) One positive characteristic of someone who chooses to stay alcohol free…away you go!”

We’ve picked out a few of our favourite response below:
“A non-drinker is engaged 100% in the situation whether it’s a party, watching a movie or a conversation.”
“Feeling supercharged (of energy and control).”
“Better sleep, skin, eyes, and bank balance.”
“More time with those that matter to me most.”
“I love myself and behave that way, instead of self-loathing and destruct.”
“Looking good at the END of the night!”
“No hangovers.”
“Sad/stressful situations are easier to cope with, without throwing a load of alcohol-induced anxiety on top of it.”
“Not getting confused during conversations that often became arguments.”
“Not missing appointments or the gym”
“Being your real self.”
“Not waking up thinking’what did I do and say last night.”
“Regaining of self-confidence.”
“I don’t keep waking up next to strangers/friends/whoever and regretting it.”
“Energy, focus, performance, humor!”
“No more broken promises.”

Everything you need to know about meditation

Mummy’s Medicine: Have you considered how your drinking habits affect you and your children? 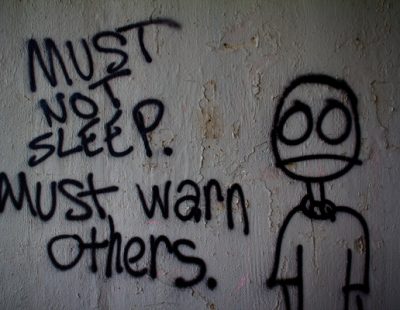