How to set your New Year goals like a pro

Our friend Harriet Waley-Cohen hosted this special New Year’s Eve 2017 webinar. She shares with us her tips on how to set your New Year’s goals like a pro – so that they last. Starting with the fact that 80% of people that set New Year’s resolutions have given up on them by the end of January. There are many reasons for this.

New Year goals you think others want you to do

Often goals have been set to please others, or because you think you should want something even if it’s not actually that appealing to you. Anything that sounds like this goes in that category:

‘I know my partner/mum/boss would love me to cut back on drinking/get to sleep earlier/start saving money, but I don’t see what the issue is. Still, it’s important to them so I’d better say I’ll try.’

Another reason is that some goals keep you stuck in a cycle of failure and disappointment, and sometimes they’re punishing and a dig at yourself too.

‘This time I really will lose those 15 pounds, and start dating again, because only losers are overweight and single this long.’

Since when did shaming yourself ever set yourself up for success?! These kind of goals are de-motivating and take you away from being happier and more successful. They are far more likely to hit your self-esteem, leave you muttering ‘what’s the point in even trying’ and feeling worse than ever before about yourself.

New Year goals with no rules and plans

Other times, you do really want to achieve the goal you’ve set, but perhaps you don’t make a watertight, well thought through plan to get there. Other times you may have let life’s ups and downs derail you, and before you know it, you’ve given up on something you really wanted.

The answer is to change the way you set goals. Stop aiming for a future you don’t really want, or that makes you feel depressed just by trying for it. It’s time to build a future you genuinely want and that will make a big difference one you’ve got there.

How do you set better New Year goals?

Set goals that make you excited, that are only for you and no one else. Set your sights on achieving things that really mean something to you and are aligned with your values.

Plan to get there in a way that really works. Know how to deal with upsets or unexpected distractions along the way, so that you still get there. Imagine how different 2018 could be when you actually achieve the things that mean the most to you, when you feel excited, motivated, and fully in control of getting there.

In this webinar with Harriet-Waley Cohen on goal setting, you will learn how to:

Sticking can be hard 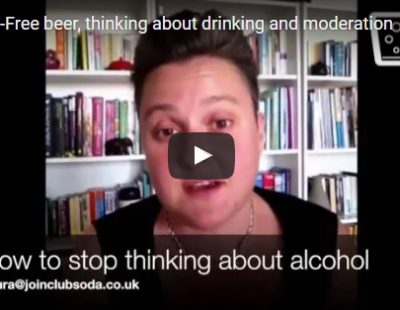