Flushed, fuzzy and floored by five o’clock? Our guest blogger Matt Chittock’s been there…

It may seem like wishful thinking on a rain-lashed afternoon in May: but the rumour is that summer’s on its way.

And whether that means beer-soaked barbecues, cocktails by the pool, or boozy afternoons in the pub garden, for many Brits summer is the season for unbridled day-time drinking.

But while part of me loves the idea of this heat-fuelled hedonism, personally I’ve always been really useless at it. Full disclosure: I’m ginger and fair-skinned, so the season’s never been a big win for me anyway –and summer drinking seems to be my particular personal kryptonite.

This is because summer-time drinking is usually day-time drinking in the full glare of the sun. This always makes me a unique brand of drunk: dehydrated, knackered and ready to pass out roughly two minutes before The One Show starts.

And it’s not just me. A quick walk along Brighton seafront on a sunny afternoon reveals plenty of messy, sun-burned people who peaked at mid-day because they’d already sunk a bottle of Pinot along the way.

In part I reckon that being useless at summer-time drinking is down to the way we adjust to our ever-hotter climate (cheers global warming!). Just as English people are generally rubbish at dressing for the heat because we’ve had little practice – so we haven’t really got our heads around drinking in the sun.

In comparison, look at people who grew up in hot climates. You don’t see many Spaniards staggering off the beach to the off-license to buy more rose at 2pm do you? Nope, they’re sensibly having a little kip while it’s warm and leaving the serious socialising till after dark.

Anyway – here’s how I’ve learned to negotiate summer drinking with my dignity (sort of) intact:

Drink more water I once interviewed a paramedic about the quickest ways to die. He reckoned that being drunk, on a hot day, in a heaving tent, at a festival might well be the swiftest (throw in a couple of pills and hospitalisation is almost guaranteed). This is because alcohol basically robs you of moisture, leaving you dehydrated. And if you’re feeling fuzzy in the head while drinking in the sun, that’s probably why.

…but make it posh water The problem I have with tap water is that it’s an incredibly boring drink. I’ve found that buying posher bottled water (or even some of the cooler soft drinks) helps supply that sense of satisfaction I used to experience on opening a beer in the sun. It’s cheaper, too.

Go easy on the cocktails Really. Years ago a friend invited me to a ‘bring a jug of cocktail’ picnic on Brighton beach. God knows what happened – I don’t remember, but I doubt it was one of my finest moments. At least beer (or most wines) take a while to consume, and so naturally slow down your drinking. On the other hand, drinking cocktails (especially super-strong home-made ones) means you’re tripling your alcohol intake, and probably halving your coherence as a result.

Mix it up Diluting alcohol with softer stuff reduces its potency and helps you stay hydrated (see above). So if you’re craving a glass of wine make it a spritzer. Shandy is great in the sun too – as it sates that all important ‘I need beer’ mood without doing you in.

Go low When you do have an alcoholic drink remember that plenty of brands now offer lower alcohol beers and wines (look out for ABVs of under 10 for wine and under 4 for beer). They’ll help you stay more in control for longer. 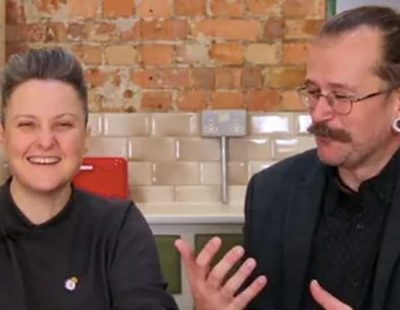 A World Without Wine

Music festival season: How to cope when you’re drinking less (or not at all)