Our guest in this Club Soda podcast, talking about tasting and food pairing alcohol-free beer, is Steve Livens from the British Beer and Pub Association. Steve is a beer sommelier, what does that mean? Does it mean that you just drink loads of beer and pretend that you’re really knowledgeable about it and go, ya ya, this is the terroir and you know, the tannins?

How do you taste a beer?

You taste beer in the same way really that you would taste wine. There are some things which you will take notice of when we taste beer. So there’s obviously the colour and the visual characteristics of the beer. There is the aroma and the contribution that the ingredients, particularly the hops, will provide to the aroma. And then there is the taste of flavours we get in the drink from the fermentation process and the yeast and the actual production of the beer. Then the ingredients themselves, the malt and the hops, and then any other ingredients that may have been used fruit, for instance, or herbs and spices. And then there’s what we call mouthfeel or the final package, if you like, it’s the thing that sort of ties it all together.

Often that is associated with the sort of feeling of cleanliness around the taste in your mouth, whether that flavour lasts a long time, whether there’s any sort of cloying characteristics, if it’s got a sort of creamy characteristic to it. Particularly with beers like stouts and porters, the darker beers, the heavier beers tend to have a slightly heavier sort of characteristic to them that lasts longer on the tongue. Then there is a sensation of freshness and liveliness in there, and all of that comes through on the mouth.

Do you swallow or spit?

Do you taste alcohol-free beers the same way as alcoholic beers?

Yeah, absolutely no difference at all. I think balance becomes more important with this. The ingredient mix is important for beer in particular, because we have a number of different ingredients. With drinks like cider and wine, you’re typically talking about a single fruit or a single ingredient that contributes a certain range of flavours. With beer, because we have a different combination of ingredients, we have the hops, we have the malted barley, we have the yeast and the fermentation process. The water has an impact on what we taste and those sorts of things – very much like tea – whether you have soft water or hard water. The reason that we modify the composition of water for brewing is because certain types of beer need a certain mineral composition in the water to really influence those final flavours.

For alcohol-free beer in particular, because you remove the alcohol, you remove a large component of what you’re tasting. So you have to address that balance in some form. And the thing you’re kind of looking for is balance of flavour. It’s a little bit like food. You need the right combinations of salt and sweet. The right combinations of soft and hard or crunchy. You’re looking for those combinations of flavours to provide a certain degree of balance, to really kind of enhance the overall characteristic of the drink. Don’t underestimate aroma, the biggest contributor to tasting is smell. That’s hugely important.

How might you begin to drink beer with food?

We nick a lot from wine at the end of the day, the principles are much the same. So if you think about the food that you’re eating, typically stronger foods, more flavours, those will pair better with darker beers because the darker beers tend to be hoppier. They tend to have bigger flavour elements associated with them – like bitter roasted flavours. And then if you’re eating lighter flavoured foods, then go with lighter coloured beers, typically lagers and pilsners.

You have to then sort of think about some of the things particularly around hoppiness when it comes to the sort of final choice that you make, but that’s a good starting point. And then really for me, I quite like the complimentary pairing aspect of it. So you’re looking to try and pull out flavours, which are complimentary to flavours in the dish that you’re eating and using that as a way of finding the right beer pairing. Similarly, you can look at contrasting flavours as well, and you can see flavours which in themselves are at odds. They are sort of polar opposites in terms of those characteristics, but when they come together …

The composition of beer in itself is very rich. There’s a lot of stuff in there. So for that reason, because it’s nutritionally quite dense, it will be quite filling. Carbonation helps that along as well. So you tend to feel a bit more full because it’s a fizzy drink.

If you’re looking to pair beer with food, you have to change your perception. This is not about really drinking beer in pints. There are of course situations where the environment matches that sort of scenario. But typically if you’re talking about dining and you’ve got a dinner party or you’re looking to stay the course, you’ve got to start looking at the volumes that you’re drinking. And the you get into glassware. Glassware makes a massive contribution to how we taste beer. Drink it out of a wine glass or even a champagne flute. It means you could also share a bottle of beer with someone, rather than feeling you need to get a bottle each. 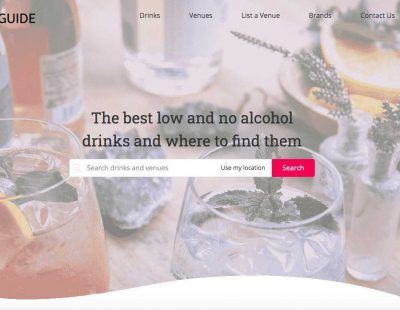