What sobriety gains do your fear of losing?

I’ve been having a lot of drinking dreams lately, where I’ve woken up having dreamt that I had gotten completely wasted, dreaming I had said something, done something, lost things. The list goes on. Feeling uncontrollable, embarrassing, shameful. And then, waking up, suddenly, mostly afraid, to slowly realise: No, it didn’t happen. And it’s okay. But you can’t quite shake off that feeling right? It sits in the pit of your gut throughout the day, eventually fading at some point when you’re mind is distracted enough.

As much as these dreams are terrifying, they do serve as a reminder or what we have gained from sobriety. As much as I wake up afraid, I am grateful for them. Recently, I was speaking to a friend of mine who has been sober for over a year. He told me how he woke up clutching sheets, sweating and terrified after one particular dream. And he said very much the same thing to me; they remind him of the things he has to lose. At the point where he wondered if he could drink again he started having these dreams. It happens to all of us I imagine. These dreams, in a way act more than in just self-preservation, they’re trying to remind us what it is to self-care and self-love.

What 4 words threaten your sobriety?

I was reminded of this when a few weeks ago, a conversation started on the facebook group on the topic of ambivalence and the fear of losing what is gained from sobriety. Many people shared their four words which trigger their ambivalence, perhaps swinging the balance between having a drink, or more, and not drinking at all. Some of these short sentences are below, many of which I connect, saw and heard myself in. And you, what are your four words?

I don’t deserve happiness. One drink won’t hurt. F**k it , just one. Pressed fuck it button. I let them down. No one will know. Will help me sleep. It will relax me. Don’t give a shit. I fucked up again. I’ll stop again tomorrow. Can’t remember last night. I’m scared of myself. I can’t say no. Things Will Never Change. Oh, what the hell! Hammer to the head! I had another drink. I thought of drinking. I drink too much. Checked thru ma phone…I was dreadfully drunk. I got drunk again. What did I say? Can this be mended? Wine? Oh why not…Donald Trump as president. Just the one bottle …I have a hangover…I have no control… Just one can’t hurt”. It’s only beer, surely…It’s a wedding/ funeral innit? I didn’t mean it. This is your life…A Lost weekend drinking. The craving is back. Double gin & tonic. Turned into twenty, how? What day is it? Did I miss the funeral/wedding/work? Pressed fuck it button. Here we go again…..Sniffed the whisky, inhaled….She regretted it afterwards. More drink…why not!! I let them down. I called on myself. It’s only one glass….I have hangover anxiety, One for the road? I don’t like Mondays. I don’t remember anything. I will try harder. Glug, glug, glug, glug. It’s just one night. Back to day one. I always say yes. Why? What! When HOW. I woke up hungover. I thought about vodka. Just one won’t hurt! I have a headache! What did I do! Crap…Blackout shame again! I can’t do this. Don’t look round now. I’ve started drinking again. I opened the wine.

In listening to everyone’s contributions, I realise that many, if not everyone, has these moments of ambivalence, of making one decision over another. We come against these decision making moments at various points of our lives, and in our everyday. But they are but a thin, fleeting moment in life. While it takes time, learning to project beyond that moment – into tomorrow, and then the next day, and then the next year, and then the 5 after that. That is what sobriety means. This eventually turns into a whole lifetime of putting your self-care first, and dialling down the volume on that ambivalence & being who we want to be, in sobriety or otherwise.

Turn Your Critic into a Cheerleader 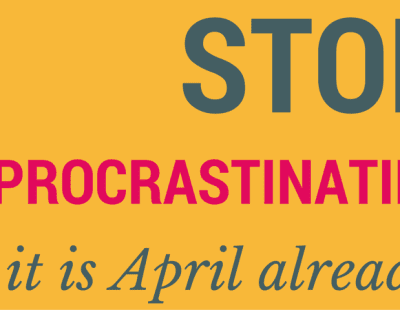