Sometimes there is so much bad news in the press it is easy to despair of the human race altogether. If you are trying to inspire yourself to throw away the crutch alcohol might have become to you, this seemingly depressing world we live in can make things doubly difficult. What you need is a heavy dose of ‘can do’ spirit!

This week I went to the Cosmonauts exhibition in London’s Science Museum. If ever you want to marvel at the courage, ingenuity, endeavour and sheer ‘because it’s there’ will to succeed of the human race, you need go no further.

I stood entranced and humbled before the actual Vostok 6 spaceship that Valentina Tereshkova used to fly to space and back in 1963. The outside is just a mass of burnt and charred material whilst the inside is as cramped as anything you can imagine.

To think this young woman travelled alone to space in this vehicle in the earliest days of space exploration is a wonder in itself. I imagined her being strapped into this tiny ball sitting atop a massive rocket and then being blasted at colossal speed out of Earth’s atmosphere. Next she had to endure the loneliness of space, the cramped confines of her cockpit with only a tiny porthole to peer through, and then discover to her horror that the basic computer had been programmed wrongly to send her into a higher orbit and away from the Earth, never to return.

Managing to re-programme the fault before she ran out of oxygen, she then had to sit in her spinning orb as it descended through the atmosphere. The thick layers of material coating the spaceship would have turned into a ball of flame as she effectively became a meteor blazing its way through Earth’s tenuous shield. Next, at a height of six miles above the Earth she had to open the hatch and eject from the spaceship, finally descending strapped to her chair. If she hadn’t have done so she would have been crushed on impact.

When you stand and look at this burnt out ball you really do wonder if there are other creatures somewhere in the Universe as brave and adventurous as us humans, prepared to give it our all and risk everything to explore new horizons. We really are a species that can do anything we want if only we try hard enough and we believe in ourselves!

Next to Valentina’s Vostok was another similar burnt space craft, but this one was flown by two male cosmonauts two years later. It was from this ball that Alexey Leonov climbed out to make the first ever space-walk. Unfortunately once he entered the low pressure environment of space his suit expanded to the extent he discovered he couldn’t fit back through the hatch! But that is another story…

You can do it!

Julian Kirkman-Page, works in the City of London, is a keen member of Club Soda, and gave up alcohol forever over two and half years ago. In his book ‘I Don’t Drink!’ he tells why and describes how he managed to quit drinking, and details the difference it has made to his life since. We first followed Julian’s story with his series of blogs during Men’s Health Week 2015. He also wrote a piece on how since he has stopped drinking he no longer considers himself an alcoholic entitled Once an alcoholic, always an alcoholic? as well as making that final step in Facing the Impossible with a ‘Sinking’ Feeling.

Webinar: Kirstin on sober parenting and never going back 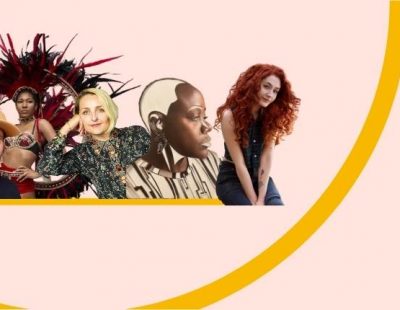