Why moderate your drinking?

By Jen Tree Posted in Skills and Tips

I often get asked by people why I choose to moderate my drinking – and more often than not, that question comes from someone who doesn’t drink at all. You see, it can seem a little unfathomable to someone who hasn’t had a drink for a few years, why I would choose to start drinking again after achieving almost three years of no booze.

Before I go any further, I’d like to say that if you’re reading this and you don’t drink, I am in no way pushing moderation as an alternative to alcohol-free. It will not, and does not, work for everyone, particularly those who have suffered from dependency or addiction. This is a look into the personal reasoning behind such decisions, it’s not a glamorisation or detailed description of alcohol itself. If you feel at any point that this article is triggering, then please stop reading.

For those who don’t know my history, I was a no off-switch type weekend binge drinker for the entirety of my twenties and a little of my teens. I was bad-decision and blackout central, full of self-loathing and pain. As with most grey-area drinkers in this category, I had many nights which should have been my “wake up call” – the hospital visits, the injuries, the broken or lost iPhones, the missing handbags, the horrible sex, the embarrassing stories, the broken relationships, the devastatingly poor mental health. Eventually, that wake-up call came in the form of a jail cell. Peeling open my crusted, mascara-glooped eyelids was an all-too-familiar feeling, and it often meant that I’d drunkenly cried the night before (cringe). But upon opening my rock-hard lashes, I glanced up to see a large, spaceship-looking ceiling camera staring down at me with its intrusive mirrored eyeball, and I felt the not-so-familiar plastic mattress stuck to my tear-stained cheek. Now that was a new one.

Something I’d managed to avoid for years and years, was a play by play account of my previous nights’ actions. When your mates, parents, partner or kids try to tell you what you did, the standard response is “I don’t want to know.” Police interviews don’t do you that courtesy. I had to hear all about what I did that night. In great detail. Three times. And it’s forever etched into my brain and on paper. If that wasn’t going to do the trick, nothing would. So I quit, right then and there on that very day and embarked on almost three years of a teetotal lifestyle. It was awesome. Lonely at times, but awesome.

This is the time that you learn about yourself. You strip away all of the cushioning that you’ve fluffed up for yourself over the years in the form of self-medication. You have no mask to hide behind at your mate’s wedding at which you know nobody. You have to feel your emotions and deal with your past. You have to fill your time with things that aren’t just sitting in a pub all day and night. You have to find new ways of socialising, and of ‘being’ in general. You might even have to find a new identity. Giving up drinking was, and still is, my biggest achievement. There was no such thing as Club Soda back then (five years ago on 9th December) – and none of my mates were doing it. Mindful drinking wasn’t a thing. It wasn’t fashionable. But I did it. A big “fuck you” to society. I turned my life around, discovered my old talents, travelled alone, made new friends, gained new interests, became more determined, grew more confident and saw my body change shape without trying. It was amazing.

So back to the original question – why did I decide to moderate? For me, it wasn’t about the alcohol. It was about my strength of mind, emotional growth, and sense of responsibility. When I was a binger, I admired my friends who could have one glass and go home or who could dance without being staggeringly drunk. But now I was this new, confident person who knew herself and loved herself – so I started thinking “maybe that’s just what everyone else already is? That’s why other people can moderate, right?” I felt like an occasional drink and mindful approach to drinking was not impossible for me, and that it was just part of my journey – and along with many other life stages that were coming, such as a complete change of career, this would be something I would try. I knew I wasn’t going to go back to Garlic & Shots and drink everything on the menu. I drank only shandy for the first six months of my new found “moderation” and more often than not I wouldn’t drink at all. I was always alert – waiting for that devil on my shoulder to try to seduce me into something else. But it didn’t happen. I was content – and even that one time that I drank enough shandy to make me feel a little tipsy (and surprisingly didn’t wet myself) – it didn’t provoke any kind of desire in me to get wasted.

My journey with moderation has shifted and evolved in the last couple of years and I have some tough rules. I never drink for confidence, I never drink because I’m sad, or angry, or hormonal, or to fit in, or when I’m alone. I always eat first and I always down water. I never drink shots, and I never touch white or rosé wine.  I can now have one or two glasses of red or a long cocktail. I stick to two if it’s a stronger drink and three or four if it’s weaker. I like how certain drinks taste, and I like how they feel. More than anything, though, I love that I am able to choose.

I asked a couple of our moderate drinking members why they decided to moderate their intake instead of stopping completely, and here’s what they said:

Kathryn: “I didn’t feel that I needed to stop drinking as my intake wasn’t drastically high and I don’t have a dependency, however, I’d known for a long while that if I wanted to keep drinking I’d have to learn to moderate and be able to trust myself to do so consistently. I didn’t have a desire to be alcohol-free as I wanted to have the option of, for example, a nice glass of red with a friend or a glass of celebratory champagne. But my aim was to have this be the exception rather than the rule, to be able to consistently stay within the limits that didn’t make me feel rough (which I sadly had to come to terms with were very low) and to genuinely enjoy any drink that I did have rather than drinking out of habit.”
Fiona: “I wanted to take a break, so I did 100 days to really look at it and why I wanted to drink at all, actually it was never about the booze it was about relaxing with friends, and I realised I could do it without booze. If I was tired or stressed then booze was never the right idea anyway! I haven’t ruled drinking out altogether because there are some occasions when I do want to have a few, they’re just much rarer these days and they’re on my terms now rather than going with the crowd.”

The psychological connection to alcohol is the strongest of all for many of us, which is why everyone is so elated when they get to a place where booze is no longer their puppet master – whether that’s via sobriety or moderation. Do whatever works for you, and be damn proud that you’re doing it.

If you’re currently drinking a lot and would like to moderate, then just start by honestly assessing your relationship with alcohol. Identify what makes you drink too much. Moderation doesn’t work for everyone and it’s hard work if it doesn’t come naturally – you may need to take a total break first to do some self-work and behavioural changes. Stick to low strength drinks and longer drinks, and initially avoid those that would trigger you into a big session.

Helping others when they have a blip 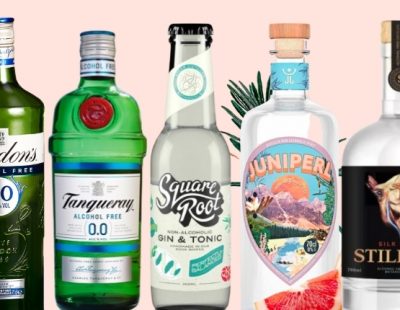 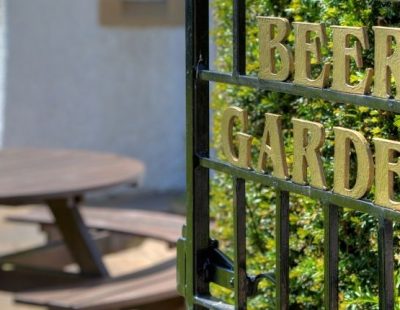