In all the ups and downs of changing our drinking habits, it can be hard to remember why it is we want to do this. We can focus on the pain, and not so much on the gain.

It has taken me some time to fully realise the gains of not drinking. The biggest of which is reconnecting me to the person I thought I was in 2001 when this photo was taken. I was 27. My face had not yet bloated with alcohol. I was full of energy and optimism.

I share this picture deliberately, because Charles Kennedy inspired me both back then, and more recently in setting up Club Soda. I had really been hoping to share with him the values that drive our community. I feel very sad that I can’t.

So here is my story about the biggest gain I have made from changing my drinking, reconnecting with my values. It’s what I wish for you too.

Sticking to and reconnecting with my values

I have been bolshy for as long as I can remember. In 1985 on a school trip to London I reacted with outrage to the fact that no girls were going on a tour of the Arsenal stadium. As a result I spent the most boring afternoon of my life looking around the first team’s changing rooms. That was the start of my activism, and I soon got stuck into politics. Elected at 23 (ironically in Highbury) I spent the first half of my adult life being a young person in politics. I learnt lots, had amazing opportunities, and got the chance to change things.

So why do I feel I wasted the best part of my thirties?

Life, I now realise, does not move along a neatly planned trajectory to more and more success, unless you are very well organised, totally devoid of self-doubt and lucky! I was always a pretty big drinker. I binged at university, then slowed down in my twenties, but by the time I hit my mid-thirties I was beginning to feel a bit lost, and unsure what I wanted to achieve with my life, so my drinking crept up. Then I ended up in a job I hated, a role where I felt embarrassed to tell people what I did. A big issue for someone whose self-identity was tied up with my career. It’s hard to get out of a job and find a new one if you have a raging hangover most of the time! I did not like who I had become.

So when I finally managed to stop, with a combination of a workshop, supportive friends, and switching my rebellious nature to the challenge of not drinking in boozy places, I realised there was a need for service for people like me. Individuals who wanted to tackle their drinking habits themselves, but who still needed some help and guidance.

This was the genesis of Club Soda. We support individuals to change their drinking whatever their goal; to cut down, stop for a bit, quit, or stick. But starting Club Soda has brought home to me the biggest gain from changing my drinking –  that I can live the values I aspire to – they are woven into the DNA of the business we have created.

Rather than just feeling lighter and clearer-headed, the biggest personal benefit from changing my drinking is the energy and joy I get from reconnecting with the values I hold dear. Those things that initially got me active and engaged when I was 11.

When I was drinking a bottle of wine a day my values and behaviours were at war with each other. Frankly, that was no fun. I wish I had noticed this disconnect before, it may have helped me to kick the habit sooner.

The most obvious manifestation of this is my connection with other people. It was hearing real experiences that motivated me to action. Over time, I began to feel that I was not a people person at all. I lacked the energy to really connect with what people were telling me. I was too focused on the next glass of wine, or drained by the hangover from the night before.

Then I quit drinking

Once I quit drinking, my ability to concentrate on conversations increased hugely. I was energised by everyday interactions that I used to be too tired for, from a quick chat at the shop to conversations with friends. The difference this makes to me (being a good old-fashioned extrovert) was amazing. I was finally living my values again.

I can see clearly now that for those of us who are mission-driven, alcohol can help us interact with others, relax and deal with the fact that we can’t solve every problem. But it can also dampen our enthusiasm, and saps the energy we have to make small, meaningful changes every day. Over time that can break your spirit.

Since quitting I have been interested in reframing activities I used to describe as ‘health goals’, and instead see them as barriers or contributors to living my values, both in the business I am developing and in my friendships. Going to the gym is not only about health, but also a tool that allows me to build my confidence and energy to make Club Soda develop faster. Mindfulness is not only about reducing stress but about improving my listening skills so I can empathise better. Listening to Desert Island Discs every day is a way to relax, but also makes me more resilient when I get knocked back.

Club Soda’s aim is not to tell you what to do, but give you the right support if you have decided you want to do something about your drinking (a key value). So if you feel that bottle of wine is getting in the way of your dreams, then I hope you will join me, even if it’s just for an experiment for a month, like taking March off drinking.

This blog was originally posted on the RSA blog. 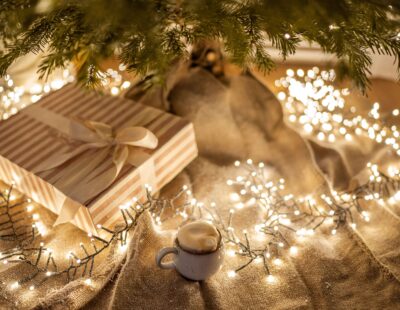 Christmas with the Club Soda team