By Jen Tree Posted in Drinks

Shandy is, in my opinion, a hugely underrated drink if you’re looking to drink less alcohol or looking for lower alcohol options. Widely known, but underrated nonetheless. We’ve been drinking it for a couple of hundred years, across the globe. In Germany, it’s known as Radler and it’s sold pre-mixed on tap, in huge stein glasses. The humble shandy deserves more from the rest of us.

For those who don’t know, a traditional shandy is a 50:50 combination of beer and sparkling lemonade.

When I was little, my Grandad used to make me a really weak (but oh-so-wonderful) lager shandy in the evening when we were watching TV or playing a board game. As I got older, he’d use English bitter ale and a little less lemonade. The sweetness of the lemonade combined with the vague, unknown, yet favourable scent of a touch of malty alcohol was heaven to me.

Fast forward to my twenties and I’d always have the ingredients for a shandy in my flat, for the times when comfort in a glass was required and I didn’t feel like getting shit faced.

Fast forward to my thirties, and shandy would become my drink of choice to ease me back into moderately drinking, after three years alcohol-free. I could order it in a pint glass, it had a low alcohol content, and the warmth of nostalgia confirmed it was my safest choice. Win! Shandy became the only alcoholic drink I ordered for my first six months of moderation and I would stick to a maximum of three pints. I took it to house parties, I drank it at gigs and I drank it at festivals. Like with everything else, if you say it with confidence when you order it, you’ll feel confident about it too.

One of the most common questions we get asked about moderate drinking is what to drink instead of the usual – and how to avoid getting carried away. Sticking to low alcohol drinks is the easiest way to do this, and yet it can be just as difficult to sniff out the low alcohol options in a pub as it is to find the booze-free ones. Which is where shandy comes in: It’s available everywhere, it tastes great and it’s customisable. It’s a low alcohol dream.

There will be lots of you reading this thinking “But the sugar! The sugar!” which is a fair point, but it’s still better for you than getting blasted and there are plenty of combinations to suit your needs, tastes and lifestyle. Here are a few of the twists that have been created throughout the history of the shandy:

Alcohol-Free Shandy – There are a few different methods for making an alcohol-free shandy, or “Rock Shandy” as it’s known in some parts of the world. The simplest is to use alcohol-free beer in place of alcoholic beer, mixing half and half with lemonade as usual. Another option is to add Angostura bitters to a combination of lemonade and soda water.

Traditional Shandy – As previously touched on, a traditional shandy is a 50:50 combination of lemonade and beer, usually lager or pilsner. This can, of course, be adjusted to be weaker or stronger, and you can play around with the beer (I prefer bitter ale) and the lemonade you use too. You can try lemon-lime soda, rose lemonade, raspberry lemonade, non-carbonated lemon drinks or even a cloudy lemonade. I find that cloudy or more tart lemonades tend to unbalance the flavours a little, but each to their own.

Ginger Shandy – This was how a shandy was originally made in the 1800’s before lemonade took over. Using the same ratio as a traditional shandy, just replace the lemonade part with the ginger beer or ginger ale of your choice.

Healthy shandy – You can opt for low-calorie beer and you can substitute the lemonade for any number of things such as grapefruit juice, tonic water or a soda water with a dash of lime cordial.

Energy Shandy – Need an extra kick? Replace the lemonade with some form of energy drink.

Craft – Although the thought is mere sacrilege to many, you can use craft beer to create the shandy of your dreams. Play with different flavour combinations and match the perfect craft beer with its perfect non-alcoholic partner.

Coffee Shandy – Yup, it’s a thing apparently – and it’s completely alcohol-free. Again, a 50:50 ratio but this time using cold brew coffee and lemonade. Or, the cold brew coffee could be added to the beer.

Diesel – This European concoction uses a combination of draft beer and cola, again at a ratio of 50:50.

Monaco – In this French version of a traditional shandy, a dash of grenadine is added to create the “Biére Monaco.”

All of these versions can be made at home, and most can be ordered at a bar – and if you’re feeling fancy or experimental then add some garnishing.

You’ll find many pre-mixed options available both online, in supermarkets and in your local off-license or corner store – the latter tend to have really good imported options.

If you’re in the UK: Square Root Soda create some wonderful shandies during the summer in collaboration with local brewers. Then there’s Fentiman’s Lemon Shandy, Bavaria Lager Shandy, and Foster’s Radler Cloudy Lemon. 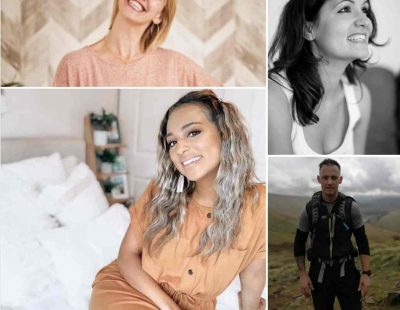 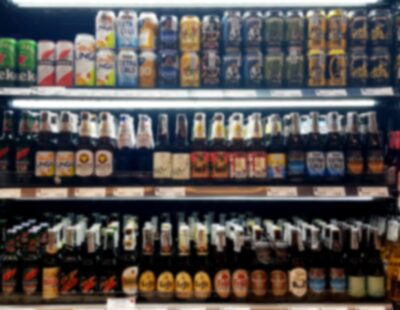 Shopping for alcohol-free drinks in Aldi