What I drink instead: Rae Ritchie’s alcohol alternatives

First up in a brand new series of articles on ‘What I Drink Instead’ is a list of blogger and Club Soda member Rae Ritchie’s alcohol-free favourites. Try them and see if you agree!

As I’ve mentioned in other posts, I thought that throughout January, I’d draw on my experience of two years’ sobriety to (hopefully) help others who are doing Dry January, looking to cut back on the booze a bit or even thinking about quitting altogether.

Today my recommendations focus on alternatives to alcohol. I know this is a massive stumbling block for many people, myself included. Even if you like Diet Coke, there’s only so much of it that you want to drink. But what else is there? Considering your options before you get to the bar can help in your resolve as you’re less likely to blurt out ‘Dry white wine and soda’ (or whatever your particular tipple) in a state of panic (why can ordering a drink feel so stressful?! You. Have. To. Choose. Quickly).

I’m assuming here that you’re in a bar but obviously you can drink these choices at home too. I’ve found that having something AF (alcohol free) and lovely in the fridge on a Friday night is a great morale boost and again helps with any temptation you might be experiencing.

Not a fan of alcohol-free alcoholic drinks

I’m not a fan of AF alcoholic drinks, i.e. zero or low percent proof beers and wines. For some people they are a good option but I believe that if you’re trying actually quit drinking, they fan the feeling that you’re missing out – a state of mind that makes long term abstinence pretty difficult.

One final word before I get on to the suggestions: I’ve resisted naming specific brands or varieties here because of availability issues. I’ve found that selections can be quite niche (six suggestions that are only available in three bars in the Midlands aren’t much use) but most places have something good on offer. Here are a few ideas:

Okay, so this isn’t a specific recommendation at all but simply advice. Particularly if it’s your first non-drinking visit to a bar, ask those stood behind the counter what non-alcoholic options they have available as they may not all be listed on the menu. In some venues you will just have the stuff they use for mixers and cordials available but increasingly places are stocking more eclectic choices too, with the craft beer phenomena spawning a craft soda trend as well. This tactic also makes staff more aware that there are customers searching for a decent AF choice so could end up in some positive changes being made if they haven’t already been more inventive with their inventory.

This has echoes of the 1970s for many older drinkers but this is now often my default choice when I’m on a ‘proper’ night out. Usually served in a low ball glass neat over ice, it’s particularly on point when those around you are drinking shorts or if you feel a bit self-conscious about being booze free. A nice digestif too.

If a place serves cocktails then they can whip you up an AF alternative. Challenge them to craft something unique or check out their menu as there’ nearly always a few listed anyway.

I’ve yet to ask for a ginger-based soft drink in a bar and not been served one, ginger tonic if not ginger beer. A bit of zing for your palate!

In continental Europe you see patrons ordering an espresso at a bar and think nothing of it but somehow asking for a brew in a British pub feels different. Why is that?  However so many bars, pubs and clubs now serve hot drinks that it shouldn’t feel weird. Annoyingly, some staff seem resistant to serving them, turning the machines off or saying ‘Sorry we don’t have any milk’ (I actually was told that one recently. I take my coffee black. Hah! That felt like a victory for the wagonistas!). You can always ask them to put the machine back.

A strange mindset that still seems to surround not drinking is that if you’re not having alcohol then somehow you don’t warrant getting an actually decent drink (hence so many just going for badly mixed syrupy soda from the tap). Down with this attitude! Serving a pint of beer or making a cocktail is a skill and you deserve that same level of effort so don’t feel that if you want water then it has to be ‘just tap water’. Of course it can be, or it can be bottled or sparkling. Whichever, you don’t have to settle for a half or pint glass.  Ask for a high ball tumbler, ice and a slice as well, perhaps a straw. You don’t have to feel like a second class citizen because you’re not boozing! 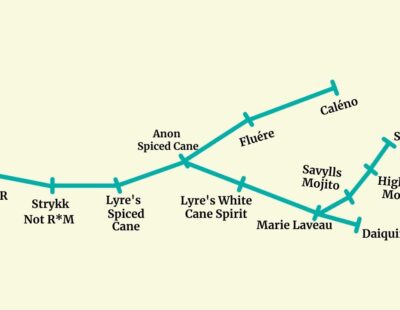 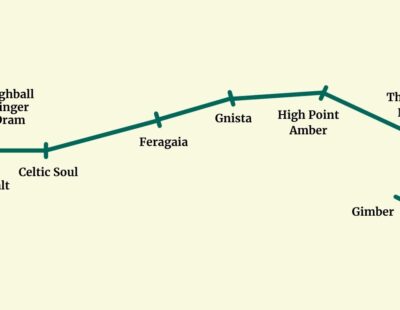