Becoming a mum completely transforms your identity, but we don’t often talk about what that means for your relationship with alcohol. In this week’s podcast, four mums get stuck into what changing their drinking looked like for them. Between them, these mums have about 20 years of sobriety, and nine children ranging from naughty toddlers to grumpy teams. Wherever you are on your motherhood and drinking journey, strap yourself in, grab a cup of peppermint tea, and get ready for some drinking stories. This one is for sober and sober curious mums on a mission.

Victoria Vanstone set up the blog Drunk Mommy Sober Mommy, and we were delighted to have her host this special Mother’s Day podcast. She had a binge drinking habit, which was interrupted by the arrival of her first child. She tried moderating and eventually settled on sobriety.

Dr Bunmi Aboaba has two boys 18 and 19. She’s a dental surgeon by profession, and became a recovery coach in 2017. She specialises in food addiction, as well as alcohol and gambling. She has been sober for 13 years.

Lucy Good writes a blog for single moms called Beanstalk in Australia, but also across the world. I have two teenage daughters. She is relatively new to sorbeity, but learning a lot along the way.

Dani Carr is married with with two children and hosts a podcast called ‘How I Quit Alcohol’. She also runs a business called Earth Bottles.

It’s a common misconception that women automatically drink less after having a baby. For me and many others, that’s simply not the case. My drinking changed when I became a mum, I definitely went out less, but I definitely drank more. I was a big party girl, then life changed and I was stuck at home changing nappies every day. That was a huge transition. I went from being out all the time to being isolated with somebody, I was in charge of their life. That was quite frightening. The only way I knew how to deal with emotions and being frightened and being overwhelmed, was to drink through it. It changes with becoming a mum. You’d hope for the better but actually, it can be for the worse.

Life becomes chaotic, you have to multitask, and deal with mundane tasks. It’s a reward at the end of the day. Maybe a chore has become boring, and drinking and can take the edge off it. It’s normalised for people to drink wine in the evening, it’s accepted within their group peers who also have babies.

My husband is a touring musician, so he’d be away a lot. For me it was more the boredom than the escapism from the children. More of an escape from myself. There would be that momentary pleasure where I’d be feeling really good. The kids were in bed and I’d start drink dialling everyone. That kind of felt good until the next morning when I’d go through my phone or I’d realise I don’t remember putting kids to bed. That’s when it gets a bit yuck.

When I gave up drinking it felt as if I was losing a best friend. I bet a lot of people feel like that, because we feel lonely. Even if you’re a busy mum and you never stop from the beginning to the end of the day, you can still feel lonely and isolated, especially as a single mum as well. Looking back, I did use alcohol to help deal with that feeling

I’ve always had this awful feeling of not being good enough. When I had children I felt like I had to be the perfect mum. By the end of the day I would reflect on all the things I thought I didn’t do properly, there was a lot of self loathing. Alcohol helped to relieve that feeling, but it turned on me in the end and the wheels fell off.

We all seem to have been finding excuses and reasons to get drunk. I always had an excuse at the end of the day, whether it was the kids or it was just a long day. I was only able to stop because I took responsibility for those excuses, I realised it was my hand reaching out for the drink every time.

I got married when I was pregnant, my wedding was actually my first ever sober social event. Before then I had no reason not to get drunk, but I was three months pregnant at my wedding. I was able to experience it differently because I wasn’t in a blackout or falling over in a bush and rolling around with my underwear on my foot. Pregnancy allows for this wonderful window where you find a different person. I definitely saw another world which I was kind of interested in. But I never followed that path because I was too busy boozing.

When I look back at my pregnancies, I do certainly see them as a time when it was really difficult to get through that nine months without drinking. I was nowhere near close to wanting to give up at that stage. I had already had some awful things happen, but still, those things had not made me consider giving up alcohol. I can vividly remember being about three weeks into breastfeeding my first daughter, and phoning up my best mate saying ‘I’ve had enough of this, let’s go out tonight’. I couldn’t wait to drink again. And then my drinking just got worse and worse from that point. Pregnancy didn’t slow me down. I did what I had to do to have a healthy pregnancy. But I did it reluctantly counting the days until I could get my hands on some more alcohol.

I drank during my pregnancy, but not a lot. I made sure I was through the first trimester, then I’d have to have a glass of wine maybe twice a week. I would count the days until I could have that drink. If I were pregnant again I wouldn’t, it’s the feelings of guilt and shame. I didn’t enjoy my pregnancy. The second pregnancy was much better, I was able to control it better. But it was always there.

Both times I found out I was pregnant I remember a feeling of relief, thinking ‘now I don’t have to drink’. It was taken away from me so I didn’t have to worry which was awesome. With both of the girls I was breastfeeding, but then I’d start doing one drink two drinks and then trying to figure out whether I should get rid of the milk before or after I drink or during. I remember my partner telling me off because I was drunk and breastfeeding. That’s just another shocking guilty thing I feel terrible about. He was so cross with me, and I was pumping and dumping. I still have no idea to this day why I was doing it. It’s just so bad.

This conversation shows the extent of the problem. I can look back and see we were struggling. Even when we had these beautiful babies that we adored and we all wanted to be the best possible mum we could be. We still couldn’t control this desperate need, we had to have a drink. And looking back at that now and talking about it makes me realise how massive that problem was for us and how massive it is for so many other people.

I hated sober people! They were the people that I scorned at the nightclub, because I didn’t want somebody else remembering my terrible behaviour. I didn’t want somebody near me that was sober. I was one of those awful people that berated somebody at the end of the bar with an orange juice, which I regret now. I wasn’t on that path and I couldn’t imagine it is because to socialise, I had to drink. Even when you have a child, that doesn’t change, because you can’ stop the habits of a lifetime. It’s not easy. I think a lot of mums get stuck in grey area drinking. They might be struggling, but don’t feel that their drinking is bad enough to warrant professional help. My social binge drinking habit got absorbed into the crowd. everybody around me was doing the same thing. So I never stuck out as having an issue.

I didn’t feel that I was bad enough to go to rehab. I tried a but hadn’t managed to find anything else. Talking about it with people and being able to get that support from people around you was just invaluable. I couldn’t have done it without that. I felt like I was pulled out of it.

I felt very alone. Today I think there’s a lot more support. But when I stopped it was like either you’re ok, or you’re an alcoholic. I kept very quiet. Deep down in the back of my head I knew I had a real problem, a real problem. I did end up in rehab, I nearly nearly killed myself. But I think if I’d have been doing that today I could have done it differently without having to use AA or rehab.

We lived in Bali. I was going to be looking after some friends’ kids so they could go for dinner, I had this fun night planned for me and my kids and theirs. When I went to meet them to pick up their kids, we started having a couple of drinks and for some stupid reason I started ordering double shot vodkas and just slamming them down. I don’t even know really what happened but I remember getting back to our place. I fell out of the taxi and vomited all over myself all over my shoes all over my dress. The friends had to come home with me to put my kids to bed even though I was meant to be taking their kids home to bed. They cancelled their plans and put me into bed. I remember vomiting again in the toilet, my daughter coming in and saying, ‘you’ll be okay mum, it was just something that you ate’. I passed out, and then woke up a few hours later, and I could hear my friends having a nice time in our pool. But they I just felt so embarrassed and so full of shame that I’d let everybody down and my kids down. They were all fine with me, but I knew I’d let them down. And I thought I’ve just had enough of this. I can’t do this. I rang my husband and one of my best friends and told them I was taking a year off alcohol. My husband and a few other musicians joined in as well. There was a group of us we took a year off and, that was the end.

If you want to hear from more parents about how they changed their drinking, check out our blog from Marcus Barnes about how sobriety was essential to him when he became a father. If you’re curious about changing your own relationship with alcohol, you might like to try our free course to see where you’re at, and where you’d like to be. 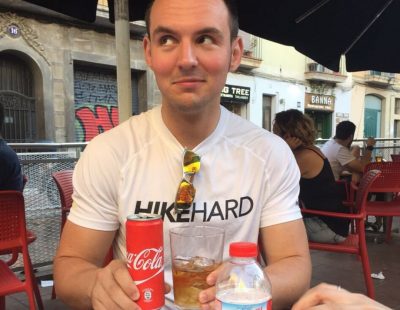 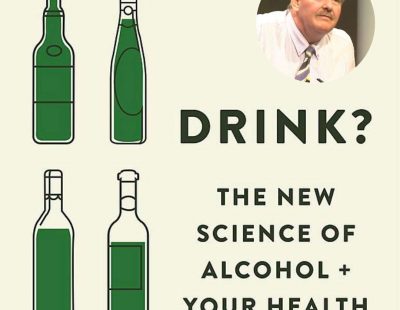