It seems like every couple of months, there’s a new piece of research about the health benefits of drinking. It might lead you to question with drinking beer is actually good for you.

Often, these studies only focus on one specific chemical in an alcoholic drink, or are lab-based studies, or produce results that are hard to replicate. So you’re right to be suspicious of headlines that say drinking beer is good for you. Many of the articles you will read actually ignore a major component of beer: alcohol itself. And from a health perspective, it is important to say that no amount of alcohol is safe to drink. So if you are going to drink, less alcohol will always be a good thing.

So how can you weigh up the benefits and downsides of drinking beer? And can you do anything to change that balance, by switching to alcohol-free beer? That’s what this article is about.

The basics about drinking beer

In the US, beer continues to be the most widely drunk alcoholic beverage, accounting for 45% of all alcohol sales in 2019, ahead of wines and spirits. Whether it is drunk at home, in bars or at social events, beer is a significant feature of the drinking landscape.

Beer is a relatively simple drink made with four key ingredients: grain, hops, yeast and water. Brewers play with these ingredients (and occasionally others) to produce an enormous range of drinks, like lagers, ales, stouts and porters, as well as sour beers, white beers, fruit beers and more. Humans have been making beer for thousands of years, so we’ve had time to innovate.

Like any alcoholic drink, the largest component part of any beer is actually water. Alcohol comes in second place with its strength measured as a percentage of the overall drink. This percentage is known as alcohol by volume or ABV. Beers range enormously, from alcohol-free beers at below 0.5% ABV and low alcohol beers below 3.0% ABV, to some outliers that are stronger than spirits. Most beers average around 4.7% ABV, although this number is creeping up. The trend to increasingly strong beer is well known in the industry and among craft beer aficionados.

Benefits (and downsides) of drinking beer

Alongside water and alcohol, beer contains an assortment of chemical compounds, like vitamins and minerals, that are derived from its ingredients. When you read studies about the benefits of drinking beer, it’s often these specific substances that are being investigated. That is why you should put any health claims in perspective; the quantities of any of these substances is going to be minuscule compared to the alcohol in beer. And you can always achieve the benefits in other ways (we’ll come to that).

If you are drinking beer because think it will improve your health, you are kidding yourself.

For example, one type of compound that is unique to beer comes from hops. Isohumulones are the chemicals that make beer taste bitter. And they have been shown to have a positive impact on glucose and lipid metabolism, as well as tackling inflammation and insulin resistance.

Let’s be honest though. If you are drinking beer because think it will improve your health, you are kidding yourself. The discoveries that researchers make about unique compounds like isohumulones are fascinating, for sure, and may advance medicines and treatment of a wide range of conditions. But any benefits you get from the weird and wonderful compounds in your beer will always be outweighed by the alcohol it contains.

Given all of that, why might you choose to drink beer anyway? Because we never really drink for health reasons. We enjoy drinking beer because we like the taste. We enjoy the social connection that comes from sharing a round. We like going to pubs, bars and beer festivals. We enjoy discovering new varieties of craft beer.

And the good news is that all of those positive aspects of drinking beer are available to you without alcohol.

When I started changing my drinking, one of my earliest decisions was about beer. I made a category switch, deciding that I’d always opt for an alcohol-free beer rather than an alcoholic one. Because beer has always been the drink I consume most frequently, this category switch had an immediate and fairly dramatic impact on my overall alcohol consumption.

If you love beer and you are changing your drinking, you don’t have to miss out.

I still drink very occasionally. But overwhelmingly, my beer drinking remains alcohol-free. And there are lots of options available. Many well-known beers have an alcohol-free alternative. And every month there are new alcohol-free beers coming on the market, including many that are gluten-free beers too. Club Soda’s monthly discovery box is a great way to discover what’s available, without committing yourself to a whole case.

And if you are switching from wine (and many people do), alcohol-free beer also pairs well with food.

Choosing an alcohol-free beer is a brilliant way of getting the health benefits of beer without any of alcohol’s negative impacts. If you love beer and you are changing your drinking, you don’t have to miss out.

Dru Jaeger is one of Club Soda’s co-founders and loves drinking alcohol-free beer. Dru leads Club Soda’s courses, including How to Drink Mindfully, which is perfect if you want some support to cut back your drinking. 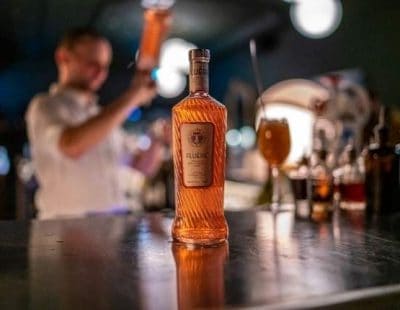 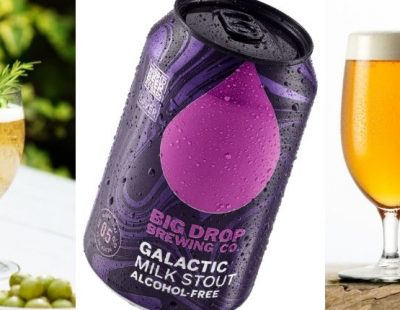 Victoria Volk on grief and alcohol