Today’s blog, on BPD and alcohol, is by Jodie Matthew, a published poet and writer. In this beautiful piece of writing, Jodie explores her relationship with alcohol alongside her diagnosis of borderline personality disorder, how extremes are somewhat expected of her and how she manages to find balance in her everyday.

If I were to write an exhaustive list of all of the ‘crazy’ things I’ve done because I’m borderline, it’d include such gems as: breaking into a castle, cheating on ex-partners, not changing clothes for weeks straight, regressing, shaving my head and brushing my teeth twenty times a day. The most extreme though, was when I stopped drinking.

Notoriously, people with BPD (borderline personality disorder – or emotional instability disorder, as it’s kindly been renamed) see the world in a very black and white way and thus we are prone to making snap second decisions: quitting university and moving 300 miles away in the space of two weeks being a rather grand example of my own.

As someone whose personality is disordered, I’m also told that my moods are reactive, I have a short fuse, I either love or loathe people, I can be manipulative, I’m expected to have numerous psychotic breaks, and I also have a 50% chance of being an alcoholic.

There’s an old adage that says if you tell a person they’re something for long enough then they’ll become it. A self-propagating prophecy.

The more psychologists warned me of my inability to cope, the more counsellors told me to avoid excess (and poetry), the more books such as ‘Stop Walking on Eggshells’ told the people I care about that I’m dangerous to love, the more I began to think I had a problem.

So, I drank. Most writers do, at some point or the other. And the mentally unstable writer? Well of course she must drink! The world only seems to like female writers if they’re tortured. I moulded myself. I wanted to be a fireball, albeit a slightly blurry, slurring fireball. More of smudge, really. I drank and I wrote, drank and wrote. Generally I wrote an lot of terrible poetry; any time I had the chance to compare loneliness to an empty bottle, I jumped. I lost all my creativity in an attempt to be the thing I thought I should be.

Then, I switched. Don’t ask me why, or how – I still don’t fully understand my own mechanics – but my desire to consume became an obsession with cessation. One morning I was babysitting with a glass of vodka, the next I was meditating, researching local meetings, talking about triggers and preaching sobriety. Borderline’s are told they’re binarist, and there’s nothing I liked more than living up to the extremes.

As I prepared for my first meeting, my friends stayed loving, yet supportively, silent. Half of them were confused, half bemused (hey, there’s that black and white thing again). Before the majority of them even knew I’d stopped drinking, I’d been introducing myself as an alcoholic to a room of 20 people, 5 times a week.

I won’t mention the name of the group I attended, although I’m sure many can guess. It’s a bit like saying ‘macbeth’ in a theatre – every one knows it’s an unnecessary censorship, but we adhere to it anyway, out of respect.

I threw myself into sobriety with the same passion I’d put into partying just months before. I even wrote a chapbook and performed spoken word about being clean and sober. Instead of love letters to alcohol, I was writing poems to the lack of it. Even when parts of it didn’t feel sincere, I simply told myself that it was all part of the problem.

God, grant me the serenity,

to accept the fact that I feel the need to label myself,

to change the things I need to fit,

and figure out a way to not look like a fraud.

Honestly, looking back on my behaviour now, more than a year later, it’s too easy to claim that I was going through an identity crisis. I was bored. Bored with university, with my relationship and my lifestyle. Surrounding myself with spiritual people with back stories so radical that Gillian Flynn couldn’t make them up certainly did make my evenings more interesting. I’d never seen a room full of people cry as one, outside of a crematorium. I never knew what 30 people laughing raucously as a wife and mother spoke about shitting herself at a swimming pool sounded like. I hadn’t known that church-going, completely sane members of the W.I could lose their shit just like I did when I came off my meds.

Was it simply something to do? Or did I really hit some metaphorical rock bottom and find myself where I needed to be?

For once, I’m not going to give myself a grand answer. Sometimes in life, we just do things. Good, bad, in between, whatever. Not everything has to be a symptom, a rock bottom, or a warning sign.

My six months sober were the equivalent of a gap year for a trust fund kid – enlightening. Sitting in an old sports hall in a seaside town, surrounded by ex-cons and middle class mothers, I managed to find my slice of grey in the world of black and white. 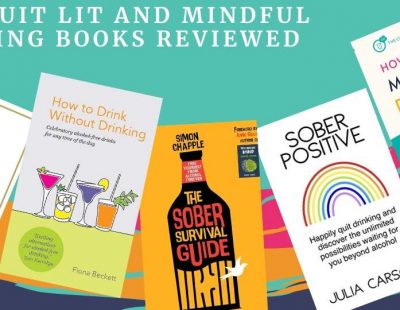 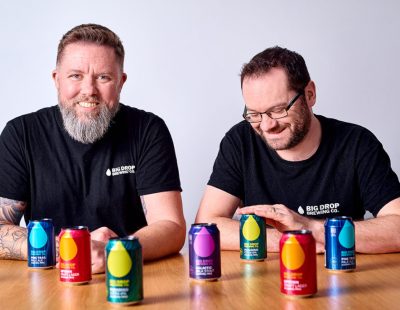