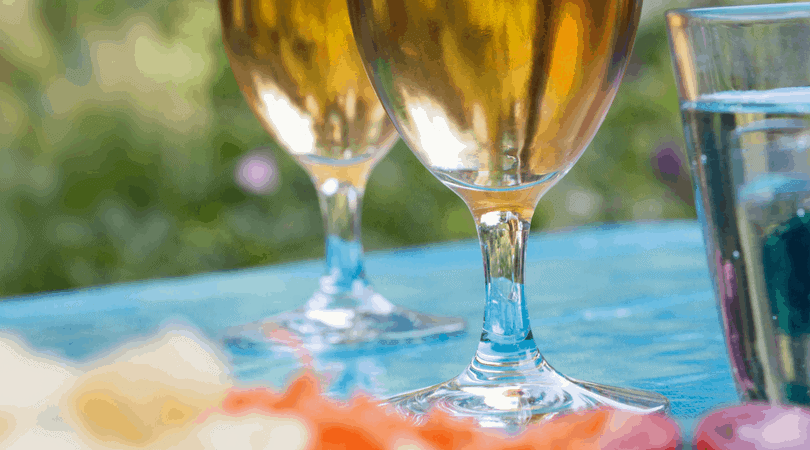 The North London CAMRA branch recently hosted the first-ever competition with a focus on finding the UK’s best low-alcohol beers under 3% ABV, and we were pretty excited to discover some new tipples for our mindful drinkers. We also got some great insights from some of the breweries involved in the competition, which highlight the demand for low-alcohol beers.

“Beer doesn’t have to be strong”

As an aside, AB InBev – the biggest brewing conglomerate in the world – expects low ABV and alcohol-free beer to make up a fifth of its total production by 2025, so they seem to think the appetite for low-alcohol beers is growing. Two breweries who specialise in low abv beers who are doing just this are Big Drop and Small Beer.

We spoke with festival organiser Christine Cryne about the lower alcohol competition. As far as Christine and we are aware, this was the first competition of its kind in the UK. Christine said they wanted to organise it to promote the idea that beer doesn’t have to be strong, and to showcase the lower strength beers, shining a spotlight on some fantastic products that are often overlooked. There were nine beers from nine breweries in the competition. A broad range of styles were displayed, which was exciting (though may have made things hard to judge!). Christine was pleased that this was the first time many of the brewers had made a lower alcohol beer.

We also asked why 3.0% ABV was selected as the upper limit in the competition? Christine said that they had initially considered 2.8%, but decided that 3.0% would give the competitors a bit more flexibility in their brewing. As it happens, eight of the nine beers competing were very close to the upper limit in their strength (all from 2.8% upwards) apart from Nirvana Brewery‘s 1% ABV Chakra IPA. So there were no non-alcoholic (under 0.5%) beers in the competition.

Steve of Nirvana Brewery told us “We find that folk who choose our beers are concerned about what goes into their bodies, they are aware of allergens, lead vegan lifestyles etc. Consumers now have a better choice of alcohol-free than ever before, they can even say ‘oh that tastes like the alcoholic version! We have also seen demand from people who want something nice and low ABV during the day, designated drivers, or drinkers who want to enjoy a longer evening without being too drunk.”

This year’s event was the last of the London Drinker festivals since the venue is closing down, but Christine was hopeful that other CAMRA festivals would take on the idea in future.

The competition winner was Table Porter (2.8%) from Anspach & Hobday Brewery, and a well-earned win it was! This has a great body to it, cocoa and dark fruits too, it puts us in mind of a good cold brew coffee. Always exciting to see something other than a session IPA receiving some attention in this category. Ed Clibbens from the brewery told us that “we used to brew this quite regularly when we first started four years ago, but the demand wasn’t as high. It’s a challenge to create low-alcohol beers with plenty of flavour and body, and particularly dark beer. We are really proud of the Table Porter and rebrewed it for the competition. Demand is definitely increasing, with many people choosing to cut down or go dry for many reasons.”

Table beers originate from the Belgian Tafelbier, and generally fall somewhere between 1.5% – 2.8%, with some tipping in just over 3%. These were traditionally served with meals from sharing bottles, and for Belgian children, this would have been their first introduction to beer. It’s seen a real revival in recent years, and while we are on the subject, should you ever stumble across The Kernel Table Beer, you must try it!

There were also two commended beers, one of which was Brick Brewery‘s‏ Rhubarb Sour (2.7%). Encouragingly, Brick did not create this beer for the sake of the festival, nor did they really enter the festival, it all just sort of happened… the demand exists! The beer was already part of their range of kettle sours, this series focuses on using seasonal ingredients to create sour, flavoursome beers. Although they don’t market this as a low abv, Sally Stewart (brand director) told us that “we wanted to keep the beers within the lower arena to be more acceptable to a broader consumer. It is just great that we’ve been able to get the full flavour into a lower ABV!”

Reunion Ales Wood you Could you? – a 2.9% brown ale was also commended. Excitingly this was the only cask beer to receive a commendation. We spoke to Francis Smedley, founder, MD and Head Brewer (many hats!) who told us “high ABV beers are very much on trend at the moment and the brewing industry is looking to America for inspiration. This isn’t the direction we are moving in, so we were inspired by the competition and decided to rise to the challenge and brew this beer. Sessionability is a huge focus for us, and most of our beers weigh in below 4.5%. I don’t want to give away too much, but we are looking very seriously at the low alcohol market. The beer we entered into the competition went down really well and we are strongly considering adding it to our core range.”

Wild Card Brewery entered a Lime Berliner Weisse at 2.1%. Jaega Wild said that “we had previously tested this brew and were wanting to brew again – so for the festival it seemed the perfect opportunity. We brewed it as a limited release for the festival. We recently brewed some other low ABV beers, some <4% keg pale ales last year that went down really well, we definitely want to do these again. It’s telling by the number of non-alcoholic breweries that have popped up around the country over the last couple of years. It’s an exciting time for the low alcohol sector, and I am looking forward to trying more of them! The biggest challenge in brewing this low ABV beer is to get the big flavour profile.”

This is the main challenge when brewing low ABV beers – the challenge of making a flavoursome beer at a low abv. Body carries flavour, it gives it longevity, and body is created with malt. But more malt means more sugar to ferment, which means more alcohol (it’s a little more complex than this, but we don’t have all day!). So the challenge is, how can we still impart those big flavours, but without that malt backbone to carry them? We can use other adjuncts like oat and wheat to create body, and we can also think about reducing our bittering hops and adding more flavouring hops for aroma and taste. Brewing something flavoursome under 3% is a true skill, and we were so lucky to taste so many interesting options at the competition.

A challenge in marketing low ABV beers was put perfectly by Sally Stewart, Band Director of Brick Brewery – “Lower ABV beers can have a market perception of lower value. However, to create a flavoursome beer, there are often just as many ingredients involved so this doesn’t necessarily mean a lower cost to make these products.”

Indeed, pricing low and alcohol-free drinks is very difficult, and there is a hope that in the future perceptions of monetary value will not be so heavily tied to higher alcohol levels.

Peter Holt from Howling Hops is confident that “Dry January is soon to be superseded by the albeit slightly less catchy ‘low ABVanuary’.”

So there you have it, a whole bunch of low and non-alcoholic beers to look out for in this ever-growing market. The competition certainly showcased some fantastic low ABV brews and reinforced the demand for these products – especially as almost all of the low ABV options had sold out by 3 pm. We shall be watching the UK brewing scene with bated breath!

If you’re thinking of doing a sober sprint, would like to cut down your drinking, stop for a while or quit completely – you can sign up to our FREE mailing list for advice, inspiration, events information and more. Why not do one of our free courses to help you work out if going sober or cutting down is the right path for you? You can also join our private Facebook group to access our webinars live and to share stories, advice and support with like-minded people on different stages of their journeys. Want to keep socialising but not sure which places are good for alcohol-free drink choices? Head to our Club Soda pub guide where we list the best places for mindful drinkers.

Can I drink without getting drunk? 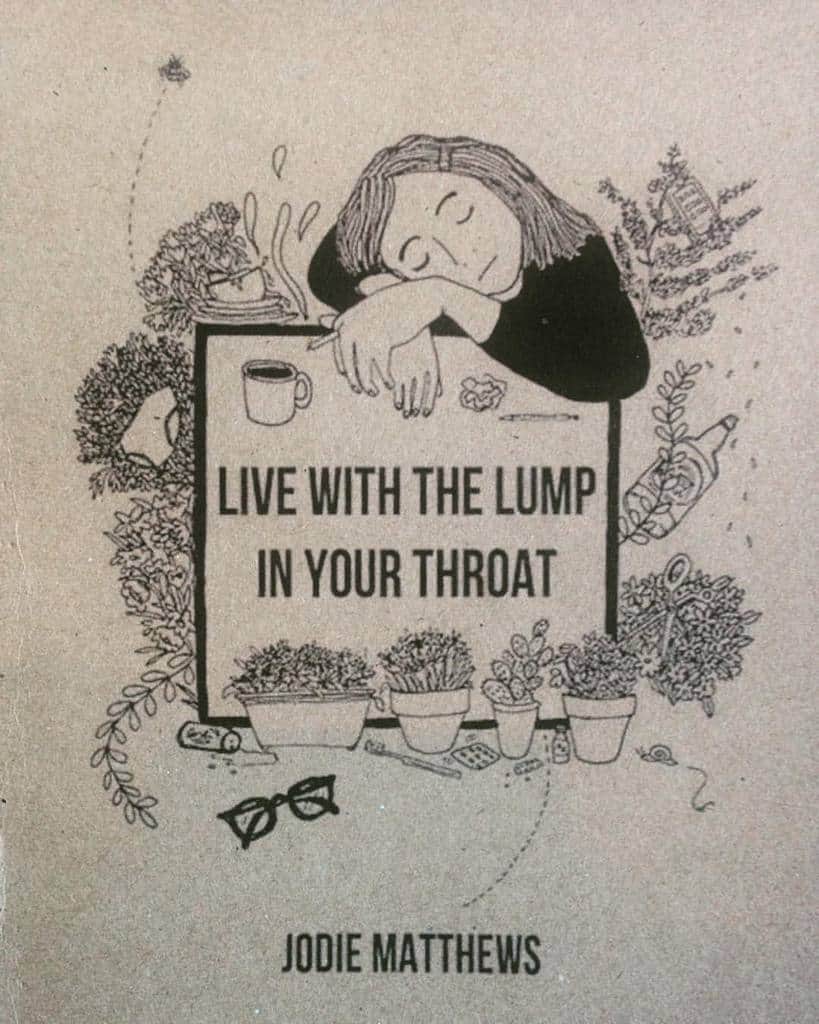