By Jen Tree Posted in Skills and Tips

Roses are red,
Violets are blue,
I don’t wanna take
My clothes off in front of you.

The first time I was about to have booze-free sex with someone I was really attracted to, that I’d never had sex with before, I was psychologically teleported back to the smoky navy blue bedroom of my first teenage love where I lost my virginity. The nervous, excited anticipation swirled around my loins and yet the sirens in my brain warned that I/it might be a bit shit. But many years had passed since that clumsy, white-lightning fuelled expression of lust. I was now a 30-year-old woman with plenty of good and bad experiences under my belt and a fairly high sex drive – so why did I feel like it was the first time that anyone in the world had ever had sex with someone they fancied without a drink to take the edge off? My chosen partner had been alcohol-free for ten years, so he was much better versed in the art of self-confidence, which made me acutely aware of the absence of my own. Once things got started I finally stopped worrying about what my body looked like – gulping down the final morsel of self-scrutiny – and it was hot. Really hot. I wasn’t in love, it wasn’t going to last forever but we both wanted it, it was safe, I remembered it afterward, and best of all – I really f***ing enjoyed it.

My relationship with, and my love for, my own body blossomed over the coming (no pun intended) years and so did my connection with my own pleasure. Which seems to be a common yet not-so-talked-about side effect of changing one’s relationship with alcohol.

I spoke to a couple of (anonymous) people who were kind enough to share their “first sober-sex” stories with me, for those of you who have yet to take the plunge:

Club Soda member “L” has been alcohol-free for 10 months

“I gave up drinking around the same time that a long term relationship came to an end, and so my usual coping mechanisms for grieving a break up were out of the question. For many months I thought that I’d never have sex again. My family were encouraging me to move on and go out dating and my one unsuccessful date was just so formal and polite, I couldn’t imagine ever being able to be intimate with another human again. Then I was introduced to my now partner, who is also a non-drinker. We met up a few times trying to figure each other out and over those coffees that turned into dates, the sexual energy was clearly building between us. We had one very steamy snogging session in a local bar, that lasted at least two hours and we looked like the most hammered couple in the joint. It was fun being able to release this energy in a way I hadn’t thought I would be able to do sober. I had been completely overthinking how I would make that leap into physical contact, in the end, I had to tell him what I was thinking and he did the rest!

When we eventually made it into the bedroom it was completely mind-blowing. Everything felt way more intense and emotionally connected than any sex I’d had before. I was able to really be present with him in that moment. I’ve since realised that when I was drinking, although I knew I was a very sexual person, I wasn’t having sex for my own pleasure. It was all about putting on a performance and conforming to societal ideals. As with most things since I stopped drinking, I can now be very honest about what I want, and enjoy it without any residual shame or guilt. I’m revelling in the satisfaction of sex for pure pleasure rather than racing to be finished. I spend more time now making love and I’m actually more playful and confident having sex. It is without a doubt the best sex I’ve ever had and that’s without a doubt thanks to being sober.”

“When I started moderately drinking after three months off, I promised myself that the times I’d drink wouldn’t be when I needed to, ie I wouldn’t drink to get through a boring night, to ‘release’ from stress, or for fake self-confidence. I’d felt so many things changing within me over those three months I wanted it to continue, so I knew I had to be honest and smart about it. That included Tinder dates. It felt good to be totally present, and without the rose-tinted glasses that a few beers usually afforded me, none of them made it home with me. Then I met someone I was pretty into. He was a drinker but he was respectful of my choice not to drink, which I really appreciated having been militantly challenged by many of my other ‘suitors’.

Fast forwarding through a couple of really rad dates (top tip – go to a gig), we were on our way back to my place both excitedly talking about the band we’d just been to see. His hair was a bit sweaty (not smelly) from being in the mosh pit and I couldn’t remember the last time I’d been so attracted to someone. The sexual tension between us as we walked home was electric. I was nervous but couldn’t stop grinning. We’d barely got through the front door before he’d dropped his bike on the floor and the snogging ensued. The sex that followed remains one of my fondest memories. The nervousness I’d felt on the way home was melted away by the excitement, passion and very real connection we had. It was amazing to feel everything so vividly – physically it was incredible and I actually reached orgasm which was unusual for a first-time sexual encounter for me. Usually, I’d be numbed a bit from drink. He moved to the other side of the world a few months later but we’ve stayed friends, and my new-found sexual identity has been really fun to explore ever since.”

I then had a chat with Club Soda co-founder Laura to ask what advice she’d give to someone who is yet to have sober sex after giving up drinking or cutting down:

So, what are you waiting for?

**Note: The topic of sober sex is one that could be explored again and again. The subject of sex alone can mean something different for everyone. As a white cisgender female, I am aware that my perspective is somewhat vanilla and doesn’t speak for everyone, so I endeavour to gain as much input from others on the subject as possible – but it can be difficult to encourage people to engage and tell their story on what is such a sensitive topic for many. If you’d like to share your story then you can do so in self-confidence by emailing the Club Soda team, it will remain anonymous and your details will not be shared. 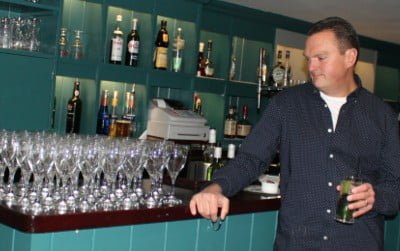 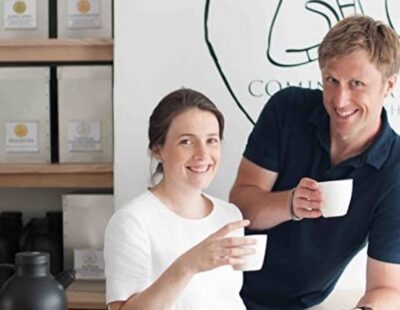 Taking time for tea with Michelle and Rob of Comins Tea