Our fifth and BIGGEST Mindful Drinking Festival is happening this weekend, Saturday 12th and Sunday 13th January 2019, at The Truman Brewery on Brick Lane in London, as part of the Re:Solutions Festival – a celebration of wellbeing and happiness.

We started Club Soda almost four years ago (our birthday is 15th January!) as a combination of non-drinkers and moderate drinkers, with the aim to make those who are not drinking, or who are drinking less, feel less out of place. Anyone who has been to a pub or a house party and asked for something non-alcoholic, for whatever reason, will have at some point been asked “why” – or perhaps even sneered at.

We believe that an adult who isn’t drinking deserves to be treated exactly the same as those who are, they should be treated as an equally important customer by bar staff – and non-alcoholic beverages should be crafted, served and enjoyed in the same way as the boozy ones.

If you don’t drink, or you occasionally don’t drink, or you’re drinking less than you used to, then it can be useful to find great alternative drinks. We can all quickly get bored of sugary children-aimed soft drinks when in a social setting, and they most certainly don’t pair well with good food – which is why there are SO MANY great new alcohol-free and low-alcohol products entering the industry which have been carefully crafted with an adult palette in mind.

We’ve always searched for the best alternative drinks because we like to socialise and we still expect complex flavour combinations even if we aren’t drinking. When we started our old Club Soda Facebook groups, our members would often ask us which drinks were best and would share new discoveries with each other – giving us the idea to celebrate all of these brilliant drinks producers all in one place…in the form of the Mindful Drinking Festival.

It’s also a great way to socialise with like-minded, non-judgemental crowds filled with everyone from moderate drinkers, to inquisitive boozers, to seasoned non-drinkers, health ninjas, pregnant women, designated drivers and those who don’t drink due to their faith.

The festival has evolved from a market-style day out with a bit of background music, to an event with a full schedule of inspirational speakers, panels, workshops, competitions, celebrities, socialising spaces, member tables – and over 60 drinks producers pumping out deliciously forward-thinking drinks.

The mindful drinking scene is growing, and if you’d like to be a part of it then join us with FREE entry this weekend.

Q: What time is it open on Saturday?

Q: What time is it open on Sunday?

A: We are in blocks G4 and G5 at the food square side of Truman Brewery – just look for the Mindful Drinking Festival signs. There are entrances both from Ely’s Yard, and from the food market on Sunday.

Q: Will there be food?

A: We aren’t selling food inside, but there is a huge food market right outside the building in the square. You are absolutely welcome to bring food inside to eat and walk around with. 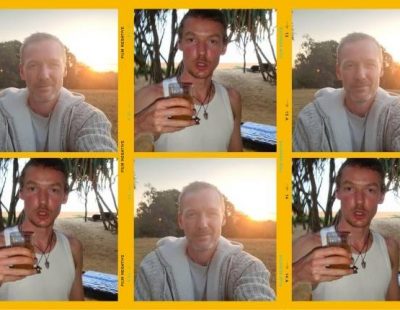