By Anja Madhvani Posted in Feelings and Emotions

In this conversation, Club Soda founder Laura gets chatting with Harriet Waley-Cohen about dealing with challenging emotions such as shame and guilt when we change our drinking. Emotions are a big part of changing your drinking habits, partly because many of us learned to suppress our emotions with alcohol at a young age. As you change, you can become very emotional, even years down the line. Harriet has been sober since October 2002, so she’s had lots of time to get to grips with managing all those different feelings that come up. She has been through multiple transformations herself and knows what it takes to make deep rooted changes that stick, and to get through tough times and come out the other side stronger and wiser than ever. She left an unhappy marriage and went on to thrive, shifting from a 10-year banking career into motherhood and entrepreneurship. Harriet lives with a permanent pain condition after being driven into on the motorway in 2016, and is a recent breast cancer survivor. There is no better person to hear from about dealing with the challenges of big emotions, from guilt or shame to fear, anxiety, and even joy.

It’s a bit like living life in high definition. Often, we have high hopes for getting sober, we think that suddenly we’re going to lose loads of weight, that everything’s going to be perfect. Then we realise that it doesn’t quite work like that, because life gets in the way. You have to deal with things that you’ve really pushed away.

Initially, things can be really in your face, I was asking myself ‘how do I deal with feelings of guilt, anger, or sadness?’. As time goes by, I think the challenges become more nuanced, because you’ve learned to deal with the more extreme emotions. Maybe there’s a family conflict, and you have to try to find the right way resolve things. You find out what drinking was keeping a lid on, you see what you were sweeping under the carpet.

I had a job when I stopped drinking. In the first few months – apart from the time when I was in the office – I was jittery and anxious and worried that I would be invited for drinks. I mostly wanted to cry. I remember feeling that the only place where I could hold it together was the office. The rest of time I just felt like I was falling apart.

All the feelings were coming to the surface. Once you stop, you’ve got to face everything, but you don’t have to face it all at once. It’s weird because I also remember feeling a massive high. There was a duality to it where I felt like I was more productive, and I could think much more clearly. But on an emotional level, things felt much much more pronounced. There was nothing to take the edge off in the way I used to.

Dealing with recurring feelings of guilt

The number one thing that’s worked for me is recognising that I can’t change the past. Forgiveness is really about letting go and moving past guilt is definitely about self forgiveness. In order to move forwards, letting go of regret is really important. I get to create a different future and push things forward in a positive way.

I also have enormous compassion for the person that I was then. I’ve done a lot of work on myself with coaching and therapy and everything in between. Now I really understand what went on earlier in my life and how that lead to the point that it got to. Doing that work has enabled me to fully understand and have that compassion for myself. I sometimes feel sad, but I don’t regret it because it’s one of my greatest strengths. Sobriety is one of my real superpowers, being able to have compassion and inspire other people, you can change your life completely. And if I hadn’t gone through it, I wouldn’t be inspiring people.

Your emotions are just signposts

At the beginning of changing your drinking we tend to read about it in order to give ourselves enough strength to get through. We might focus on finding techniques and tools to deal with that everyday craving. One thing that you can do is when you get a big emotion is to say to yourself ‘hang on a minute. Here’s a feeling that I’ve not had to deal with before. Let’s focus on that feeling instead of only thinking about drinking’. Then you can think about how you might handle this differently.

It’s okay for you to feel whatever emotion you’re feeling. It’s fine to be angry, so long as your response doesn’t hurt you or anybody else. It’s not just the more challenging emotions like anger, fear, anxiety, or guilt. I used to love getting trashed to celebrate when things were going really well. It’s just as much about getting through the good times without thinking ‘it’d be even better with a glass of…’

Your emotions are just signposts. They’re like flags waving that say ‘pay attention to me, I’ve got information for you’. Anger can be a sign that someone’s crossed your moral code or violated one of your core values. If you can understand that you can say ‘what information is there for me in this situation? I’m feeling XYZ, therefore, the information in this is ABC’. Then you can release it, and you can view your emotions as something incredibly helpful. Part of changing your drinking is about getting back on your own side, seeing your emotions as something that’s helpful rather than something to be worried about.

Notice the self soothing things that you tend to do when you’re having feelings that you’re not sure you want to feel. For some people it could be eating, for others it could be smoking, scrolling on their phone, or shopping. Start to realise that checking out in these ways can be a sign that there’s a feeling you don’t want to face. Try to pause and explore it instead of avoiding it.

Something to know very deeply is that not everything that you think is true. A belief is just a thought that you have over and over. So if you’re constantly thinking ‘I’m not good enough’, then that’s going to become your reality. Whereas if you practice mindfulness, you can question those thoughts and say ‘do I want to believe that? Is it true?’.

Look for evidence. Don’t be afraid to go to a number of people who love you and believe in you. Ask them ‘what’s good about me? Do you believe in me?’. In the beginning, sometimes you have to borrow other people’s belief, I know I did. I had an amazing group of people around me who really believed that I could not only get sober, but that I could stay sober. I don’t think the inner critic ever goes away. You hear phenomenally successful people who say they have an inner critic. It’s just what you do with it that counts.

If you are struggling with the feelings that are coming up as you change your drinking, feel free to jump into the Club Soda community to get support. This is a group of folk working toward similar goals, and there are lots of people waiting to help you along the way. Don’t feel lost with guilt or shame, you don’t have to do any of this alone. 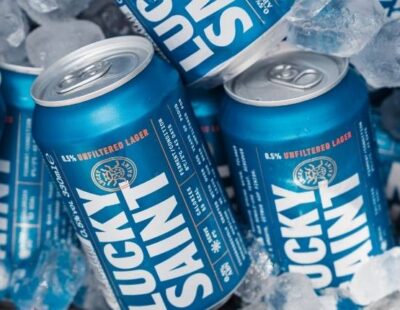 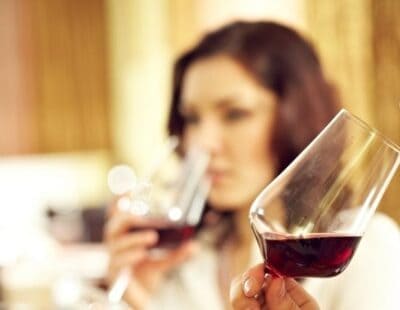