I believe that the most important things in achieving sobriety are online support and community…and mine started with my little sister!

Club Soda members will recognise Ian Bilik as one of our Facebook group admins, Club Soda advocates, and an all-round good egg. Ian’s story is not only one of quitting drinking, it’s of online support, self-acceptance, a new-found sense of place in an online community, and the unwavering love of his sister.

Ian, tell us about how you came to be a member of Club Soda

I found out about Club Soda through my sister, who had stopped drinking 6 months to the day before I did. When I eventually said to her that I had had it with drinking, that if I didn’t stop it would almost certainly kill me but I was really bloody terrified and I didn’t know what I should do, she told me:

“Well, the first thing is you should never pick up a drink, no matter how strong the craving. And secondly, but just as important, join Club Soda!”

“Club Soda. On Facebook. It’s an online support group full of people who are doing the same thing. Get on there! And because I am such an awesome sister” (she didn’t say this, but she is) “I will come off that group and stay on another one so that you can have your own group”

Why do you think your sister sacrificed her place in the group for you?

She knew of the importance of a group like this for not only achieving sobriety but maintaining it. She also knew that in these online support groups, one often spills out their heart. All (well maybe not ALL) your innermost thoughts, feelings, drink-related secrets come flooding out once the dam of shame has been fully breached. She knew that I would have to feel comfortable enough to talk openly without fear of repercussions, and I guess that she would also still need to do this in her other group.

There is something very disarming about talking amongst a group of strangers about our deepest feelings or most shameful behaviours or thoughts. It’s why therapy works so well, and it is also why online support groups such as Club Soda work extremely well, too. You need to be able to talk freely about your own personal journey and my sister, having already entered into a supportive community, knew this.

How had your journey led you to reach out to your sister for help?

No one sets out to become dependent on alcohol. It happens over time.  I’m actually an introvert, and that part of me wanted to hide away in my natural state but that wasn’t very conducive to being cool and popular when I was young. And then I discovered booze, and that it gave me the confidence to play the fool a bit more. And, to my naïve delight, I was quite good at hiding the crippling anxiety I suffered from each day, which would soon become exacerbated by alcohol.

By the time I was in my thirties I think the addiction had taken hold. I was in a loving relationship then though, with someone who didn’t drink like I did. So, shamefully, secret drinking started to happen. I was caught out once or twice but obviously I flatly denied it, despite almost certainly stinking of booze.

8 years later, we sadly separated, and that’s when the shackles really got thrown off. I drank. More and more. It went from a few drinks every night to getting so drunk every night that I struggled to walk to bed.

But I had pushed myself to breaking point and, after a life-changing experience, 6 months off work and an excruciatingly painful slipped disk, I could clearly see two paths laid out ahead of me. One was misery and death. And the other very clearly wasn’t. This was when I had that crucial conversation with my little sister. I trust her like no other; we are best friends, we drank together, we sang in a band together and we would end up getting sober together.  And, crucially, she would lead me to Club Soda.

How did being part of an online community like Club Soda help you to change your drinking?

I believe one of the most important things in achieving sobriety is the community, a tribe, your people. Some people prefer the physical attendance of groups like AA or Smart Recovery. Virtual online support groups worked for me because of my introverted nature; I didn’t actually have to go out and see other humans. I like to write, and I was on Facebook a lot so joining the Club Soda Facebook group was a whole load of personal boxes ticked. I joined on Day 2 of my journey and I immediately dived headfirst into the strange but welcoming waters. This is where the community thing is so vital because I had so many questions, and I would often find the answers through other people’s writing but if not, there was always someone online that I could ask.

I found myself logging into the group daily, hourly, even every minute on days where things were tough. The community I found here will pick you up if you are feeling down. They will celebrate all of your victories. They will support you if you slip. And whatever is happening in your own personal story you can bet that someone else has gone through the same thing, all you need to do is ask.

“Is this normal? What should I say/do/think in this situation? And how are you doing this?”

Over time, you begin to recognise the same names responding to your posts and the bonds that you build with these complete strangers are stronger than any you will have known before. In the end, in moments of severe difficulty, it is the online support group, those strong communal bonds, which stop you from picking up – at least, that is what I found.   I have known many people who have tried to stop but haven’t managed to until they found the safety and the feeling of community in the Club Soda group. I am as certain as I can be that I wouldn’t have stayed sober without it. I know because I tried without it. I failed without it. And I am now over 800 days sober.

“Club Soda’s Facebook group made the difference between me trying to stop drinking and actually achieving my goal.”

You’ve now left Facebook for wellbeing reasons – what have you taken from your online support group experience?

To be asked to be an admin on the group was such an honour because I was able to give something back, to Laura, Jussi, Dru, and all of the other people involved in the creation and running of the group. I feel that I owe them my new life, so it was the least I could do to help keep the group safe and to be a part of something much, much bigger than myself. The solidarity I found amongst the other admins as we all helped each other to moderate the group was next level.

It is no exaggeration that I have found friends for life through Club Soda. It is what allowed me to be able to leave Facebook, and consequently, the Club Soda Facebook group. Those friends are still with me, I am in touch with many of those I connected with through the online support group and we meet socially as often as we can, COVID-19 permitting of course! I am blessed to have met some of the most inspiring, brave, strong, empathetic, caring, and loving people I have ever met in my life. We come from all walks of life and all corners of the world. Amazingly, this group of strangers has this one, incredible life-changing thing in common. We tackled our toxic relationship with alcohol head-on and we shared the whole experience together online. That community effort cannot be bought. Leaving Club Soda was a very difficult choice to make, but joining it was the most important thing that I have ever done.

You can read more about Ian’s ongoing journey on his blog, One Man and his Grog. 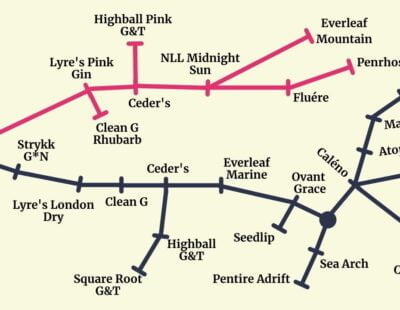 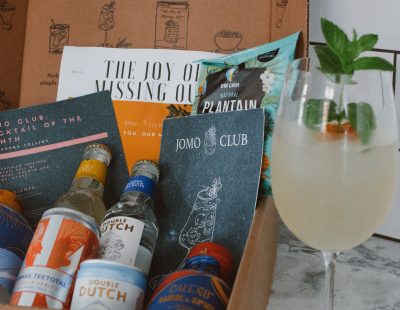