In this webinar recording, Laura talks to Club Soda member Jason, who shares his story of quitting drinking and the changes he has seen in his life since then, what helped him the most, and his tips on setting long term healthy goals. Jason experienced social anxiety for decades and felt like booze was the antidote. Of course it was a false friend and had severe consequences on his life and those around him. Jason needed to incorporate big long term changes in his life to be finally rid of the booze and the anxiety.

My earliest recollection of social anxiety was about age 4 at nursery school. Feeling of being frozen in terror whenever in groups of people. It was hideous. “Shyness is not nice” as Morrissey once proclaimed. This anxiety followed me throughout the rest of school and for decades into my “adult” life.

As many who have crossed this path , I thought I had discovered the antidote to social anxiety … booze! It did get get rid of that awful pain.. I felt confident , bit of a geezer. But alas as with many false friends, it had consequences.. Oh boy, big f*ck off consequences, which impacted all areas of my life.

Twas December 9th 20016 when I finally gave up the booze. I knew it was over. There was no going back at this stage .. the consequences and risks of continuing were too dire. At this point. My head was so messed up. Severe and very dark depression. Anxiety .. was at peak levels; to the point I would get weird hallucinations/visuals.

I never imagined being free from what felt like life long anxiety or being without booze. Here I am over 2 years of no booze and no more social anxiety!

Got plenty of help along the way .. including incredible support from the Club Soda crew for which I will always be grateful.

My wellbeing recovery journey did not really start in 2016. I first went to a well known recovery group meeting in 1996! So clearly I knew deep down I had a problem with booze, but was not quite ready. The anxiety played a huge part in this. If I stopped boozing.. How would I deal with the anxiety?!

I first encountered Mindfulness and Meditation in 2005 and knew it was something special. However whilst I was still boozing I was not getting the full benefits. But hey the good intention was there!

When I quit boozing in December 2016, I knew the anxiety would still be with me if all I did was quit the booze and not change other areas of my life. So I set a vision and goals around embracing a new healthier and holistic way of living.

I took some trial and error. Finding what worked for me. Which for me was increasing mindfulness/meditation practice; introducing yoga, tai chi/martial arts, secular buddhism/stoicism into the mix. As well as going vegan. (Did I mention I was vegan!)

For the anxiety; I decided to face it head on head, setting goals around my absolute nemesis public speaking. Had some help to spur me on with a life coach and then just went for it by joining and delivering talks at a public speaking group. Have done numerous talks there. I now do talks at yoga/vegan festivals and mental health peer support groups and I love it. Of course It was not easy at first , but repetition / practice got me there. 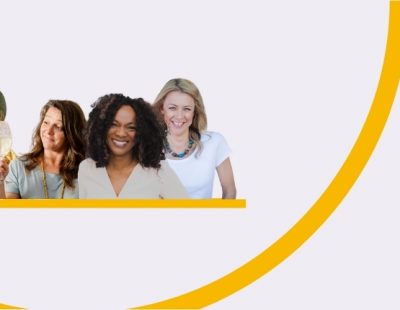 7 reasons why we drink at home