If you are looking to cut down your drinking, rather than take a break, then mobile apps can be quite hard to come by. Especially ones that actually support you in that journey (rather than just monitoring what you drink). We think this new Drink Less app could be just right for you. We would also like to hear your views – what apps have you found the most useful?

Drink Less is a new alcohol moderation app created by a team of psychologists at University College London, aimed at helping you to reduce your drinking. We know the team behind this app, and they have been really helpful for Club Soda too!

The drink less app is easy to use and has lots of features. It is also based on the latest scientific evidence. It lets you:

If you download and use the app, you can also take part in a study, looking at which behaviour change techniques are best in helping people to moderate their drinking. You will be asked if you want to be part of the study, and can still use the app fully without taking part too. The study findings will be published in academic journals, and will obviously not mention your name or personal details anywhere.

The app is completely free (it doesn’t have ads either), can be downloaded from the AppStore, and you can read more about the app and the team behind it on their website. Unfortunately, this app is currently only available for iPhones.

Some other popular alcohol apps (available for both iPhones and Android) are:

And of course, there are many many more apps out there. Depending on your personal goals (to moderate, quit, or stick to your achievements) and circumstances, you may want to try to a couple of them to see which one you like best.

If you’re more of a learner than a phone user, why not take one of our online mindful drinking courses to help you achieve your drinking goals? 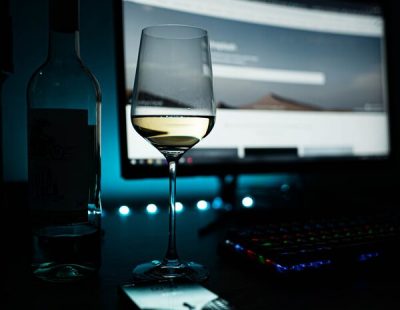 Be your own Booze – Webinar with Annick Ina

Member Roundtable: Topic to be confirmed