Guest contributor Mat Mason-Hames is working the change the culture of sports clubs by providing free or subsidised wellbeing and mental health resources and training. Discover more at Mindset Sports.

Want to know what I hear when I ask for a non-alcoholic beer in a grassroots club, or even professional, top-end sports clubs like premiership rugby or football grounds?

“You should be ashamed of yourself, calling yourself a rugby player.”

“We’ve got ‘insert generic zero lager name here’, but that’s about it!”

It’s just not good enough anymore. I am writing this article because I want to share how grassroots sports clubs can become more inclusive by including those people that don’t, won’t or can’t drink, and how we can cater for them.

The choice of alcohol-free drinks out there is massive now. And we need to do something about bringing that choice into our sports clubs as part of both promoting better health and encouraging greater diversity. It is not the 90s anymore where you had Kaliber or Swan Light as the only choice of drink. Things have moved on, and sports clubs should as well.

Why choice in sports clubs matters

Around 50% of the UK drinking population is cutting down their drinking, many by choosing certain occasions and days of the week when they will be alcohol-free. Staying AF around exercise is one of those occasions. And there’s a significant proportion of the UK population that has decided not to drink at all for many reasons: health, addiction, religion and choice.

There is a growing trend among young people (and by that, I mean younger than me) whereby alcohol is an occasional thing; it’s no longer a recreational thing as it was when I was a kid. Not being able to include your teammates in a post-match bonding session because you have not thought about what they may drink is not cool. It is exclusionary. The most visible example of this was when England won the World Cup, and Moeen Ali and Adil Rashid exited the celebrations to avoid being soaked by champagne. It was insulting and, most importantly, not necessary.

Heineken 0.0 has now made it onto draught in a few high-level clubs, which is really welcome.  Professional football clubs are starting to stock no and low spirits and beers in their bars. But grassroots clubs need to follow suit. It is good for the team, the customers and the till.

I come from a rugby background, and I still play when my body allows me to. And the relationship between rugby and alcohol is almost mythical. It’s encouraged and seen as a right of passage to get blasted. The basic idea is that after the game, everybody drinks beer, gets hammered, does a boat race and the player of the match is announced. And there are other drinking rituals that I can’t share for fear of upsetting people, but it rhymes with the thick of the day. Everything is celebrated or exonerated by smashing back a pint. And then the party continues. All occasions are marked with booze and there are few, if any, no-alcohol areas.

Let’s get this straight: I am not anti-alcohol but I am currently anti-alcohol for me. The reason I don’t drink and haven’t drunk for about three years is that my relationship with alcohol changed. I started using it as a way of coping with some stuff that was happening in my life. But there are many, many people who have perfectly fine relationships with alcohol, so I’m not asking us to ban alcohol. I’m just saying sports clubs, and sports in general, could be more inviting and open to people who don’t, can’t, won’t and shouldn’t drink.

This should not be so hard. There is now a massive choice and variety out there of beer, spirits, ciders and ready-to-drink cans that taste absolutely amazing.

Good low and no options improve your income

There are some brilliant drinks out there now like Smashed, Big Drop Brewery, Brew Dog, Heineken and Adnams, and many alcohol-free beers are now available on draught. You can even join the Lucky Saint fitness club on Strava. Then you have all the spirits. Even the big spirit companies are jumping onto 0% spirits nowadays. So it is not just the preserve of microbreweries and little companies, it’s mainstream. You can order direct from your usual wholesaler.

Thanks to the choice, there is no reason to stock just one non-alcoholic beer behind the bar. You can add a few spirit substitutes up on the top shelf too. I’m not a lager drinker, I don’t like it, so I want to have a choice. One in three visits to the pub are alcohol-free, and you lose cash in the till if the only choice is tap water.

Now for the biggest thing for a club, the money, getting cash behind the bar keeps clubs going.

Whether you are tied to a brewery or pop down to a cash and carry to stock up, you can grab some good no and low options. The price and the margins are generally the same as with alcohol. And these drinks definitely get more money in the till than a pint of water. More crucially, people can generally only manage one pint of coke, but they can match their teammates pint-for-pint with an alcohol-free beer. Non-drinkers, drivers and weekday abstainers will stay longer and spend more. I can stay for three or four drinks if they’ve got decent substitutes rather than just having to stick to fizzy pop or orange juice.

When you have a drink offer that is open to everyone, you send out a positive signal that everyone is welcome. You are likely to attract more people who drive to watch a game if they think they can participate equally in the post-match drink. Private party bookings will see your drink options as a reason to book your space.

Most of all, it helps counter the rather scary stories about the booziness of sport that may put potential players off even walking through your door. I heard of one university-based hockey club where to get in, you needed to drink four bottles of wine and half a litre of spirits. On my 40th at my local club, I was given two paddles of shots to down, which turned out to contain nearly a whole bottle of spirits. Both of those are potentially fatal amounts of alcohol but are still seen as fun.

You could be missing out on a legendary goal or try scorer because they thought they had to get pissed to belong. An ace goalie or defender may not join because they need to drive to the clubhouse, and they don’t want to feel excluded from the celebrations after.

And we should talk about the link between alcohol and mental health too. There is a strong association between using alcohol and suicidal thoughts, suicide attempts, and death from suicide. The risk of suicide is as much as eight times greater as alcohol can lower a person’s inhibitions enough for them to act on suicidal thoughts. If we are serious about supporting the mental health of all players in all sports, we have to sort out the relationship with alcohol too. Clare Shine, the Glasgow City player, shows just how much an issue this is.

There is no excuse anymore. As alcohol-free choices become more normal (even Adrian Chiles drinks alcohol-free when he watches football) and more choices enter the market, sports clubs need to keep up. It is one of the easiest ways for clubs to be more inclusive.

Most of all, having an alcohol-free offer is one way to send a clear signal that it is okay not to drink or drink to excess at your club. And that is a signal worth sending.

Let’s stop drinking to get drunk in sports clubs. Here are some tips to focus instead on enjoying social time with other people, whether the drinks are alcoholic or non-alcoholic. 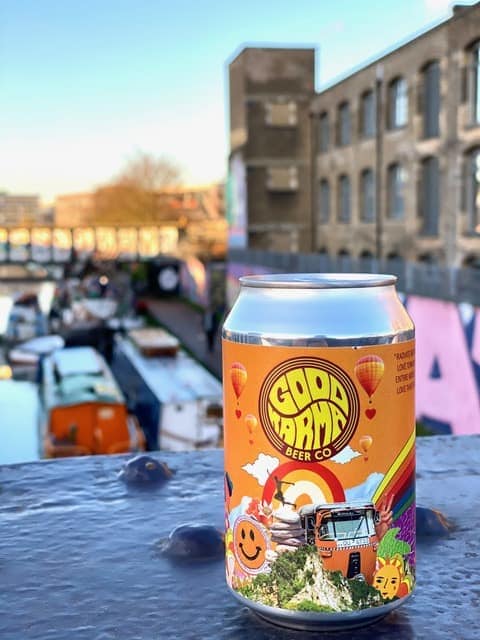