This week we’re in the second part of a two-part podcast topic to kick off Black History Month. The subject is staying sober while the world is burning. If you missed last week’s amazing interview with Valerie Mason-John, last week, make sure you catch up on the past podcasts and find this one. In this episode, podcast takeover host Yasmin Spark speaks to two prominent voices in hospitality about staying sober when under stress; Michael Adu from the London Stress Centre, and Jason-Candid Knüsel from Healthy Hospo.

Who are our podcast guests?

Michael Adu is a Stress Reduction Specialist, Life Coach & Director of the London Stress Centre. They help you map your current biological stress patterns to give a framework on which to improve. After delivering their coaching, people reversed cellular ageing, improved their immunity and achieved better balance in the autonomic nervous system – the system controlling stress and relaxation.

The association that we have with drinking can make it very toxic because we are using said stimuli to eliminate a stress response. Now, every time we need to feel relaxed, alcohol doesn’t actually relax us. So for example, you might feel mentally and physically disconnected from the stressful situation by drinking. But while you’re actually doing is putting your body through nutritional stress by avoiding having to process and eliminate alcohol, so you’re not actually reducing your stress levels, you’re just offsetting one stress for another.

Jason-Candid Knüsel is the MD of Healthy Hospo with its mission to create a healthier and happier hospitality industry. He is also an award-winning bartender with an expanded knowledge of nutrition and its impact on one’s health, as well as being an advocate for sober spaces and alcohol-free options for bar staff and customers.

The most important part of this is all about being self-compassionate. I’ve messed up a lot of stuff in my life. And when I do so, I’m not like, ‘Oh, Jay, you’re stupid. You messed this up. You should have known’. No, I took a decision that at a certain point, I did it for a reason, I might have been wrong. But the right way to go is to say, ‘You know what, Jay? You did it for a reason. You failed but you learned about it. And next time I’ll be better’ and I promise that to myself and I’ll just try again. Doesn’t matter how often you fall it only matters how often you get up.

Being sober and dealing with stress

The world can be a tricky, stressful, and triggering place at times. And when one stressful situation is over, you can guarantee that another one happens soon after because, well, shit happens. What we learn from Jason-Candid and Michael in this conversation is that not only is alcohol not helping our stress levels, it’s actually offsetting one type of stress for another.

While being and staying sober in a stressful world is difficult, whether that’s due to race, sexuality, finances, politics, or mental health, drinking would only double down on our problems, physically and mentally. If we’re in the habit of unwinding using a bottle of wine, this podcast is a reminder that there are other ways of dealing with the terrible things going on around us.

It was really important to have this conversation with two black men, especially as we touched on the subject of suicide in men because too often black men’s mental health is overlooked. To hear more about being sober, cutting down drinking, mental health, and more, listen to our podcasts throughout October to hear more voices from people of colour for Black History Month. 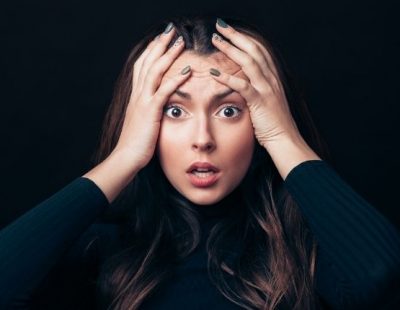 Is my drinking problem more serious than I thought? 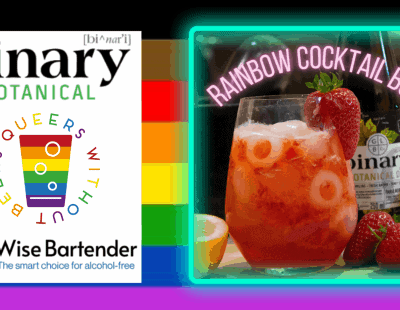 Queers Without Beers: Start Pride in style with our iconic Rainbow Cocktail Box!