Gay drinking culture just doesn’t work for me anymore. I’m lucky that in my area there are lots of LGBTQ+ social clubs, but they all share one thing in common – when the event is over, everyone goes to the local gay bar to drink together. So what do I do? I hate feeling like the outsider in an already small percentage of the population. Alejandro

Alejandro, I hear you!

Of course, we’re all grown-ups, and if people want to enjoy a drink, they should. For many queer people, including myself, our first experiences of the LGBTQ+ community happened in pubs and clubs. And let’s not forget that the Stonewall riots started in a bar. Whether we drink or not, we should acknowledge that alcohol has played an important role in shaping our collective identity.

In many ways, queer culture is just a mirror of the mainstream. But the unthinking drinking that happens in society at large is amplified in our community. If we’re avoiding booze or cutting back on our drinking, we suddenly notice how much life seems to centre on alcohol. And to be honest, we should be angry about that.

A rainbow on a vodka bottle can’t disguise the damage that gay drinking culture does to all of us.

It’s Pride month, of course. So I’m going to be angry about the rainbow-washing of big corporations that otherwise ignore us year-round. But I’m especially furious at alcohol companies who use this month to target their products at our community. I know that many of these businesses will say they give back and support community initiatives. But a rainbow on a vodka bottle can’t disguise the damage that gay drinking culture does to all of us.

Drinking in the LGBTQ+ community

I don’t normally talk about myself in these columns, but this question is personal for me too.

I came out shortly before my 30th birthday. At the time, I didn’t know any LGBTQ+ people, or at least not anyone who was out. Living in a smallish town in the days before Grindr, making connections with people was difficult. I eventually found a support group but I quickly realised I didn’t actually want “support”. I resented the implication that my sexual orientation was a problem; I’d had quite enough of that in churches that had tried to cure me. I just wanted to build a new life, make new friends and have a gay old time.

And so I did. I moved to London and threw myself wholeheartedly into the world of Soho’s bars and Vauxhall’s clubs. I had some amazing adventures. I met some wonderful people. I made some incredible friends. But I also did myself real damage, drinking way more than was good for me, taking crazy risks with my health and not looking after mental wellbeing.

For more years than I can remember, practically every encounter I had with other lesbian, gay, bi, trans or queer people involved alcohol or drugs. It wasn’t just that I partied hard. And blimey, I did party hard! But almost every time I met my friends, it was in a bar or pub. All the dinner parties I went to were overflowing with wine. Date nights, hook-ups and social calls all seemed to involve me getting drunk. I was completely immersed in a culture I couldn’t see. And I almost lost myself.

Why was I willing to compromise my wellbeing to be loved? I didn’t realise how much homophobia and shame I’d internalised.

Looking back now, I can see more clearly. It was only when I walked away from drinking and drugs that I realised how hard I found it to connect with other queer people sober. I was a party person because I wanted to fit in and be accepted. But why was I willing to compromise my wellbeing to be loved? I didn’t realise how much homophobia and shame I’d internalised.

It turns out, I’m not alone in my experiences. According to research conducted by Stonewall, one in six LGBTQ+ people drink every day, compared to one in ten of the general population. A study lead by researchers at UCL found that bisexual, lesbian and gay people are more likely to experience anxiety and depression, more likely to misuse drugs and more likely to drink to excess, compared to heterosexuals. Some academics have suggested that we drink to cope with marginalisation, discrimination and stigma, and to escape from heterosexist social norms. Others point to problems with the aggressive promotion of alcohol within our social venues and the pervasive role of drinking in LGBTQ+ identity formation.

But whatever the reasons for it, gay drinking culture damages us. And it isn’t something we should take for granted. We owe it to ourselves to take a sober look at the alternatives.

The pandemic continues to have a devastating effect on the hospitality industry, gay venues included. And for as long as queer-owned venues are open, they deserve our committed support and custom. But we need to fight to make them more inclusive, not just of the diversity of the LGBTQ+ community – there’s a multiplicity of experience beyond white, male and muscled – but also for those of us who aren’t drinking alcohol.

For me, living my best life means loving myself as I am, connecting with people authentically and not being ashamed.

As members of the alphabet mafia who don’t drink, I know it can feel like we’re a minority within a minority. But the good news is that we’re growing in number. And LGBTQ+ life beyond gay drinking culture can be truly fabulous. Club Soda’s own Queers Without Beers was established to create real-world alcohol-free pop-up social spaces, and we run a Facebook group with hundreds of members and regular online events. Later this month, we’re organising an alcohol-free cocktail party to celebrate Pride. There are sober and mindful drinking folk to follow on Instagram like Scott Pearson, Tracy Murphy and Lazarus Letcher (to name a few). And there are LGBTQ+ community groups of all kinds that don’t centre on drinking, online and in the real world.

And beyond that, we can commit to living our best lives. For me, that’s about loving myself as I am, connecting with people authentically and not being ashamed. It’s about recognising my privilege and amplifying other people’s voices. It’s about fighting for the rights of the LGBTQ+ family everywhere who still live in fear for their lives.

But most of all, it’s about pride.

Dru Jaeger is one of Club Soda’s co-founders. Club Soda is proud to be majority queer-owned. And we support people of all kinds to drink more mindfully and live well. Check out our courses, drink recommendations and community. 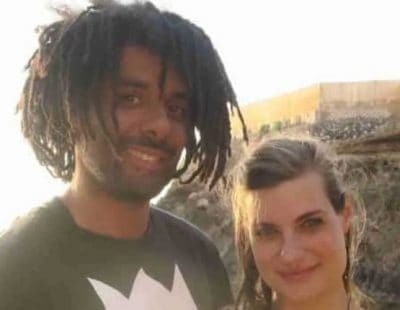 Who am I if I’m not a drinker? 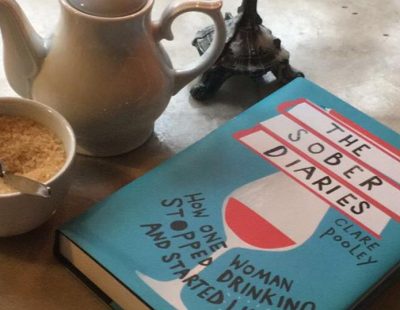