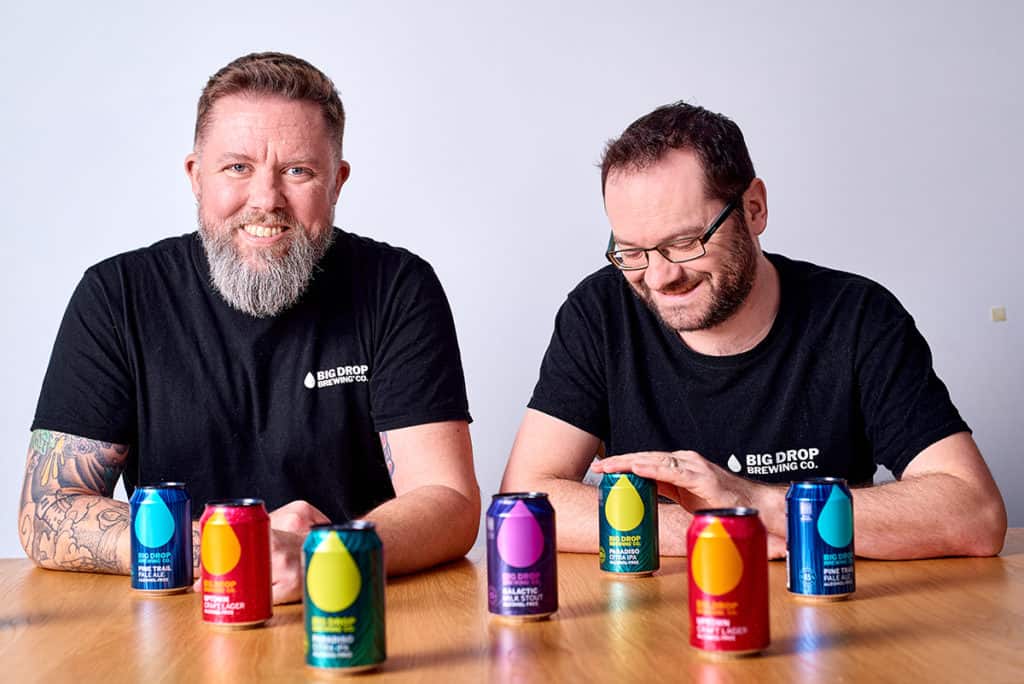 When you meet Rob Fink from Big Drop you can’t help feeling that the idea for is beer came from a joke. One of those ideas you have in the early hours whilst comforting a newborn child!

But Rob’s story is truly inspirational – it seems fatherhood can not only change your drinking habits but also lead to a complete change of career!

He shares with Club Soda the story behind his game-changing, award-winning alcohol-free beer and why he wants your best dad joke …

My inspiration came after my first son was born, when I wanted to make some lifestyle changes to react to my new family responsibilities.

At that time, I was a lawyer in the City of London and a large part of my job was wining-and-dining clients. Which, to be perfectly honest, was pretty good fun! But in 2014 my wife and I had our first child and I put a pause on alcohol to focus more on nappies and bedtimes!

One of the changes I made was to cut back a little on what I drank but was dismayed to find that the choice for non-drinkers seemed to revolve around sugary cola, lemonade or an occasional fruit juice.

I still fancied the occasional beer and was disappointed at the range of options available if you didn’t want a standard alcohol version; in fact, there weren’t any realistic choices that were low in alcohol but high in taste. I didn’t want to stand in pubs with my clients drinking cola or not-very-nice mass-produced alcohol-free lager – where were the great alcohol-free beers?

I did some research and found that there was a gap in the market, so I decided that if I wanted to drink a beer that was low in alcohol, yet had a real depth of flavour, I’d have to brew my own.

I teamed up one of my oldest friends and tech-whizz James Kindred and we were introduced to brewer Johnny Clayton – a renowned experimental brewer – and he completely revolutionised the way alcohol-free beer could be produced and we’ve developed a whole range of delicious craft beer from sours to lagers to pales to stouts.

Three and half years later, we reckon we’ve sold about two million bottles of beer in around twelve different countries. We’re about to launch in Australia and the USA and the future looks BIG.

Having thrown some twins into the mix in 2017, my duties as a Dad mean that a clear head is even more important!

Got a silly dad joke?

We’ve teamed up with Club Soda to offer one lucky Dad (not sure we can technically check if you are a Dad – but you get the idea!) our Mixed Dark Beer Selection Pack (12 x bottles) as well a Live Big T-shirt, Big Drop glass, and bottle opener.

Be a Dad and Live Big!

To enter the competition: we want to know your best Dad joke – the sillier the better.

You can buy Big Drop through their website BigDropBrew.com, from Tesco, Morrisons, Holland and Barrett, Waitrose, and Ocado, as well as local bottle shops and online stores like Wise Bartender.