Kevin’s Story: Let’s stop the stigma around drink and drugs

There are three things that you need to know about Kevin.  One is that he’s an old school festival-goer who partook in every aspect of the party scene, mixing both drink and drugs.  The second is that he’s not afraid to talk openly about why the stigma around the combination of drink and drugs urgently needs to be re-evaluated.  The third is that he’s our co-founder Laura’s brother.  Kevin’s story will resonate with a lot of Club Soda members.  But as Kevin details in his interview with us, admitting to drug use while recovering from alcohol can still taint the perception of recovery.  This is the story of a landscape gardener who is quietly cultivating a move towards acceptance and understanding of cross-addiction.

Kevin, let’s start with a bit about your personal journey and how you got to this stage in your sobriety.

I guess the reason I’m talking about this now is that I put a video on my social media page recently saying that I’d been clean and sober for 2 years.  I had some really positive feedback, which gave me a real confidence boost.  Having been off social media for a few years while I sorted myself out, and so to get such supportive feedback from people who I had been too wasted or too ashamed to stay in touch with was just amazing.

I’m two years sober from drinking, smoking weed, and all other associated things.  As with most people, I drank a lot as a teen, was introduced to weed at a young age, and then I went to Uni.  You tell yourself that you don’t have to prescribe to the idea that you’re in Uni to get hammered, and then 3 years of indulging in drink and drugs have passed by.  I also spent a lot of time at festivals doing everything people do in their 20s and 30s, and I partook in every aspect of festival life, not just the music.

There wasn’t a defining moment when I knew there was a problem.  The effects of both drink and drugs were apparent from early on.  I went from being loud and gobby to slowly becoming quieter and more insular until the anxiety of my addictions began to consume me.

I used to go out with the guys after work and drink until I crawled home, and then I used to go and visit my partner and get stoned all weekend to stop the anxiety that the booze was causing.  It was a relentless, never-ending loop.

So, how did you go from that party lifestyle to giving up drink and drugs?

I’m Laura’s brother and our journeys and upbringing were almost the same.  Seeing the change in her and how she’s used her sobriety for good was definitely inspiring, but at the end of the day, you’ve got to make these decisions for yourself.  Nobody else, not even your sister, can do that for you.

Saying that, the Club Soda Mindful Drinking Festival was almost certainly the catalyst for me.  I had come to volunteer and listened to the panels where people talked about alcohol and anxiety.  I’d never heard anyone else describe what was happening to me, and that was the start of my journey.  I thought about me and my partner taking drugs together, battling with our demons and the anxiety that they brought, and I knew the lifestyle and that relationship were both over.

I was trying to hold down a career in film and TV, keep a fragile relationship going, and I was still drinking too much, and smoking weed daily.  It didn’t go well – the anxiety was crippling, and I felt like I was at breaking point.  I knew that I had to walk away from all of it if I was ever going to be healthy in my body, mind, and relationships.

I had 4 cigarettes as I drove home to my Mum (which is what we all do when things go wrong, isn’t it?), and a few beers with old familiar faces when I got back, but all that did was confirm that I didn’t want to do that anymore.  I came back to my own little bubble and started to focus on myself.

It must have been so difficult to give up smoking, drink and drugs at the same time – how did you even begin to go about it?

There was a significant turning point after 2 months.  I think after that point, most things were out of my system, and I was getting used to not being in a relationship, and that was the first moment when I noticed the change in myself for the better.

Guzzling booze, drugs, fags, and takeaways for over a decade had taken their toll on my body, so I decided that if I was going to get healthy, I needed to throw myself into things that were positive for my mind and body.  I began a job as a landscape gardener and being out in nature really helped to clear my head.  I started swimming, which helped to stretch my body out.  Once that started to make me feel better, I started running, and soon after, I completed my first 5k.

I always used to say that I’d love to do a triathlon while smoking a fag in a beer garden, but now, I feel more confident that I can achieve things that I put my mind to.  I’m not going to break any records, but I’m breaking the restrictions I put on myself by using drink and drugs.

The impact on my anxiety was huge.  I always used to feel anxious about any planned nights out or any activities on weekends, and I’d worry about what I’d say, what I’d do, and how I’d cope afterwards.  Alcohol created a lot of anxiety, and drugs such as weed dampened the self-awareness just enough to keep the anxiety at bay for a while.  Once I started dealing with one, I didn’t need the others as much, and it just went on from there.

You talked about putting a video about being clean and sober on social media.  Tell us what led you to post it.

I think this is the discussion that is missing in the sobriety world.  We’re not keen on talking about how drink and drugs go hand in hand for thousands of people.  Platforms like Club Soda allow people to openly discuss how they’ve given up alcohol, but people don’t want to admit to taking or giving up drugs as it can affect their careers, their family, their relationships.

Say you were at a large gathering like a wedding, and someone said to you ‘Here, take this pill. In an hour and a half, you’re going to slur, and annoy people, and totally lose control’, you’d say ‘No, thanks’.  Sell it in a bottle and make it taste of berries and give it a fancy TV advert and suddenly it’s ok?  We create the differentiation by making one illegal and the other aspirational, and both are as common and as harmful as the other.

My Dad suffered from alcoholism.  After I left Uni and came home to my parents, I could see how ill he was.  I bumped into a friend who confided that his Dad was also an alcoholic, and we talked about whether we were able to get them into alcohol treatment.  Then I was offered a job in London, and I left.  Not long after that, my Dad died.  On reflection, this is where a lot of my anxiety and anger came from; knowing that he was so ill and that I left anyway without doing anything about it.

What would have happened if I had had honest conversations with people who may have been able to help him?  Who knows.  I’ve been open about my addictions with my Mum and sister and I know my career and relationships aren’t affected negatively by talking about drink and drugs.  But there’s no winning situation with addiction, no matter what you take.  I bumped into the same friend years later whose Dad is still battling his addictions and whose family are still impacted by his demons.

While the negative connotations of drug use are kept quiet then it can be difficult to get people the level of overall help they need and deserve.  As a community of people changing the way we approach alcohol, we need to acknowledge and highlight the harm that stigma around cross-addiction like drink and drugs is doing to our society.

Finally, what would you say to someone who is in the situation you were in 2 years ago, struggling with drink and drugs?

Having a change of scenario by coming home was the best thing I could have done.  Being a landscape gardener gave me the opportunity to regroup my thoughts and priorities.  I’d like to get back into film and TV and carry on challenging myself physically. Now I know that, having been able to kick the drink and drugs, I have the confidence to do anything without the anxiety I felt in the grip of addiction.  It’s also given me time to reflect over the last decade.  I kept thinking that I should have stopped partying in my 20s, but that’s not how life works. I have a decade of adventures and opportunities to make up for, and I’m excited to see where life takes me next.

No matter which drug you choose, alcohol, weed, anything, if it’s a problem for you, then don’t be afraid to speak up about it.  That 2-minute conversation with my friend in a car park about our Dads impacted my decisions so much from that point onwards.  I was determined that my future would be different to my Dads.  By talking about cross-addiction, I hope that it helps others have a different future, too.

I don’t know how to ask for help 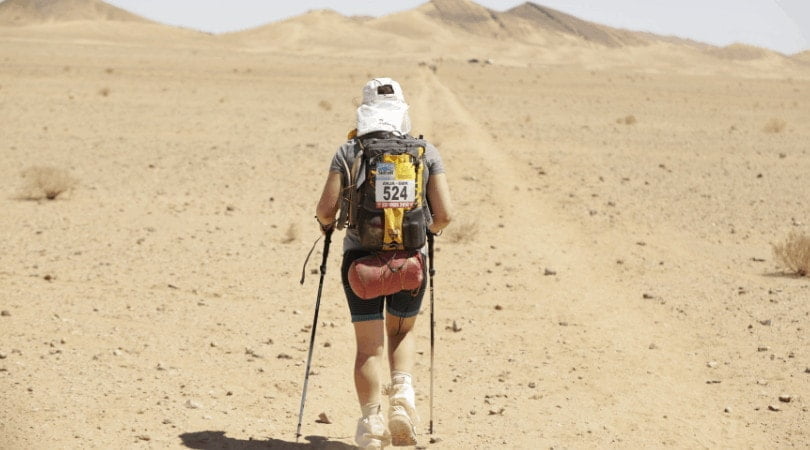