Ask Dru: I’ve quit drinking. Am I losing my friend?

I’ve just received a message from someone I regarded as a good friend, a drinking buddy in my previous days. She hasn’t shown me any encouragement or support since my decision to quit drinking. Today, we had a conversation and I told her that, although it had been hard for me, I enjoyed not drinking. Maybe that was too much for me to say, but she replied telling me, “I honestly couldn’t think of anything worse. It’s my only vice and I enjoy it. Each to their own!” I feel that was a dig at me, and I feel guilty. It feels a bit like I’m losing with my friend. Am I being petty? Gemma

I don’t think you’re being petty, Gemma. It sounds like this situation with your friend has hurt you a lot. So I am going to encourage you to take a breath before you talk to her again. From what you say, you have a lot invested in this particular friendship. You have been good friends to each other in the past. But you’ve felt disappointed that she hasn’t supported you as you’ve quit drinking.

However, it strikes me that there may a significant gap between your expectations of your friend, and the facts of your friendship. The simple truth is that you find yourself in different places now. You’re on the other side of your problematic drinking, and she’s reluctant to give up her only vice. You’ve changed and she hasn’t. That may not be the outcome you were hoping for, but it is the reality of the situation. And you sense that. It’s why you feel like you are losing your friend, and of course, that hurts. You have grown apart. So I think some perspective may be helpful.

Ask yourself honestly: Did you secretly hope that your friend was going to quit drinking alongside you, and that you’d go on sober adventures together? I need to tell you that may have been an unattainable dream. I’m not suggesting that your friend won’t change; of course, she still might. But you have altered something significant about yourself, and she hasn’t. She is who she is. You are the one who has changed.

I don’t have easy answers to offer you. In my experience, every friendship is different and the impact of change varies wildly. As I’ve changed my drinking, some of my friendships have become strained, while others have flourished. Some people have been suspicious of the new me. Others have been enthusiastic. But most of my friends – by far the majority – have watched me change with kind-hearted disinterest. My not drinking has become a new fact of my life, and many of my friendships have accommodated it.

The question at this point isn’t so much whether she is a friend to you, but can you be a friend to her? Does your friendship rely on her changing to be like you? Or are you willing to continue to be her friend, knowing that she may never change? I suspect she’d prefer the latter option. After all, she’s already told you “each to their own.”

So why not take her at face value. Find ways to spend time together that don’t centre on drinking, if that’s easier for you. But don’t let drinking or not drinking be a reason for losing your friend. Of course, you may continue to grow apart, and you may find yourself spending less time with her. If it happens, that will be sad, but it will be OK.

For now though, don’t give up your friendship so easily, even if it hurts. Talk to her. You may be on the verge of becoming the friend that she has been secretly hoping for.

Dru Jaeger is one of Club Soda’s co-founders and the author of How to Be a Mindful Drinker. He is a writer, researcher and coach, and leads all of Club Soda’s courses for people who want to change their drinking. 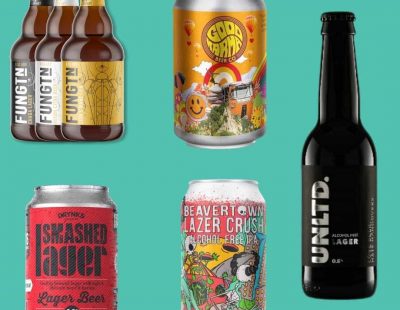 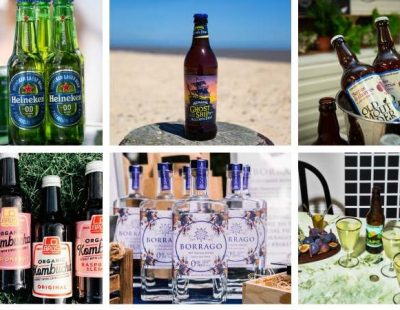 Where to shop for low and no alcohol drinks online